Ecommerce Check-In: Has 2022 Shaped Up the Way We Predicted?

The ecommerce boom of 2020 brought millions of new shoppers to digital platforms, and that growth trajectory continued into 2021. At the end of 2021, the editors of Retail TouchPoints took a stab at predicting what would happen in ecommerce in 2022. Now, at the halfway point of the year, we thought we’d check in on how well our predictions have held up.

To be fair there have been a few (to put it mildly) global events that not many people saw coming — the war in Ukraine, inflation that has reached 40-year highs, a huge spike in fuel prices related to both these aforementioned events, and continued supply chains snarls that now, in contrast to what happened at the beginning of the pandemic, have left retailers with a glut of excess inventory.

2022 certainly isn’t turning out how anyone thought it would. But we’re still going to put our predictions to the test, and make a few more besides, to help you figure out where to realistically focus your attentions for the rest of the year and beyond.

To Review: With ecommerce now encompassing much more than just a website (think livestreaming, social commerce, marketplaces and the metaverse), we predicted that the overarching key to omnichannel success in 2022 will be great content.

Not to toot our own horn, but we hit the nail on the head with this one. As the ecommerce ecosystem becomes increasingly crowded, retailers are realizing that quality content is crucial to connect with consumers and stand out from the crowd. Here’s the evidence:

Now, some might view TikTok’s recent pullback of its livestreaming Shop initiative as evidence to the contrary of this trend, but we disagree. Other social platforms have successfully been running similar programs for a while, but they took things more slowly. TikTok is the new kid on the block, and we think this is simply a case of the platform trying to run before it walked. Mark our words, livestreaming on TikTok will be a thing sometime in the very near future.

Verdict: Not quite right, but not wrong per se

To Review: After two years of unprecedented strain on shipping and fulfillment systems, we predicted that in 2022 retailers would turn their attention to building flexible, future-proof last-mile networks to avoid future woes.

This prediction was based on the assumption that supply chain issues like port congestion and labor shortages would have largely subsided by 2022, but as we all now know, that has not been the case. It’s hard to focus on long-term solutions when you’re still putting out fires and new ones keep cropping up.

Even so, many retailers have moved forward this year with efforts to automate various portions of their supply chain to increase efficiencies and reduce staff strain. These have included new drone delivery services, the expansion of “shared supply chain” solutions, the automation of distribution centers, robots to help with inventory management and increased usage of driverless vehicles.

Longer-term, more capital-intensive investments that don’t have an immediate impact will likely have to wait until the global situation normalizes a bit more.

Prediction #3: Retail will Make Big Moves in the Metaverse

Verdict: Right (and then some)

To Review: After a year spent getting a handle on what exactly the metaverse is, we predicted that 2022 would be the year retailers made their move.

It’s hard to go a day now without news of a new NFT initiative or virtual store launch. Lowe’s even released a set of virtual building supplies for metaverse projects. No one wants to miss out on the metaverse opportunity, and retailers are dipping their toes in left and right.

But with crypto crashing and more than a few NFT attempts falling flat, the sense of urgency that pervaded the beginning of the year seems to have been tempered. That’s not to say there won’t be five more NFT launches this week, but brands’ approach to those projects feels more nuanced and exploratory than frenzied — and that’s as it should be. Rome wasn’t built in a day, and the same will be true for the metaverse.

Turns out our crystal ball track record has been pretty good, all things considered, and there’s more where that came from — check out our other predictions and get additional insight into where the future of digital commerce is headed in the full report here. 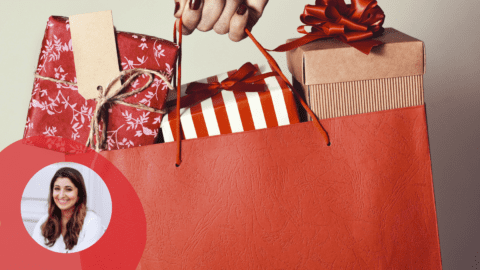 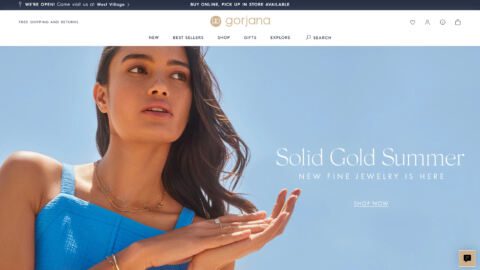