Many eyes have been turned lately toward “the metaverse.” But while the metaverse is certainly the topic du jour, it’s not necessarily as “new” as the media furor might suggest. Even more important, it might not actually warrant “top priority” status for most brands and retailers.

“The metaverse isn’t urgent [except] for a few categories,” said Rick Watson, Ecommerce Strategist and CEO and Founder of RMW Commerce Consulting in an interview with Retail TouchPoints. “Most people should just be learning about what it is, so that when they need to do something about it later on it’s not a foreign world. Honestly, it’s not even a test-and-learn moment right now, it’s literally just learn.”

Most consumers are in the same boat. In a new survey from marketing platform Klaviyo, 49% of consumers said they don’t know what the metaverse is, and among those respondents who said they were aware of the metaverse, 78% think it’s mostly marketing hype.

Hype might be a bit of an exaggeration. The metaverse almost certainly holds very real commerce potential, but no one really knows what that will end up looking like. “If you had told me 20 years ago that you’re going to be able to summon a car from wherever you are [with a cell phone] and they’ll pick you up, you just wouldn’t have connected the idea of a phone and a cab,” said Watson. “That’s where we are now with Web3 and the metaverse. There’s some stuff over here that seems interesting, and then there’s some other stuff over there — they’re going to be related, but no one has a clue how right now.”

So where does this leave retailers? The answer depends on each one’s unique situation:

Who Needs to be a Metaverse Pioneer?

In the exploration of any new frontier there are those that come first and others that follow. While we all like the idea of being a pioneer, the reality of today’s ecommerce landscape is that many businesses have more pressing concerns at the moment. And that’s okay — as Watson suggested, most companies will be perfectly positioned for the meta-future even if they just watch and learn right now.

Among the categories that he feels might be exceptions to this rule are:

“The idea of owning something digitally is a very powerful idea that will continue to play out over the next 15 years,” said Watson. To paraphrase: you have time to figure this out.

That’s not to say that retailers and brands should be writing off these concepts altogether — far from it. “I used to always talk about how retail can often be laggards with new technology,” said Tom Litchford, Head of Worldwide Business Development for Retail at Amazon Web Services in an interview with Retail TouchPoints. “But now I’m seeing them start to wake up and say, ‘Maybe we should be on top of some of these new things, just to see where they go.’ That’s the cool thing, seeing retailers say, ‘We need to watch this early’ versus being behind the eight ball.”

A Few Easy Ways to Get Ready for the Metaverse

So how can retailers get ahead of the game? First off, don’t be intimidated by the concept of the metaverse, because it’s not really as new as it sounds.

“The metaverse very much exists right now,” said Matt Maher, Futurist and Founder of M7 Innovations in an interview with Retail TouchPoints. “Gaming is the start, and gaming has been around for a while. Think of Second Life back in 2003 — that was essentially a metaverse. Really, we’re just talking about the internet, and the internet constantly evolves. It’s been a fluid thing for the last 30 years, and all that’s happening now is people are starting to look forward and say, how do I get ready for the next iteration?”

A great starting point for many brands is the connected arenas of 3D modeling and augmented reality. Not only will development in this area lay the groundwork for your presence in the metaverse, but it also offers tangible business benefits today.

“3D models are the goods that are going to make up the metaverse,” said Maher. “Now does everyone need to go build a virtual fashion division tomorrow? Probably not. But if you model these things today, not because you’re trying to build a virtual good or an NFT but for a better user experience, you’re going to be ready for the metaverse tomorrow.”

3D models in particular can be a relatively easy lift, and they bring along with them proven ROI. For example, Shopify reports that merchants on its platform that have added 3D content to their stores see a 94% conversion lift on average.

“If you want your products to be in the metaverse, you need a 3D model, but you can also use it today on your ecommerce site and social media,” said Ashley Crowder, Co-founder and CEO at 3D SaaS platform VNTANA in an interview with Retail TouchPoints. “It’s an easy incremental step, [especially because] if a company designs or manufactures their product, they probably already have a 3D model somewhere that would just need to be reformatted for other uses.”

Not only do 3D models provide an immediate enhancement to product detail pages (PDPs), but they also can be integrated into marketing campaigns to create more engaging ads, or be deployed in AR environments on platforms like Facebook, Pinterest and Snap. In fact, 3D models lay the foundation for the next step in multi-dimensional product visualization — augmented reality.

AR try-on tech is becoming commonplace across categories such as beauty, home goods and fashion accessories (it’s not quite there yet for apparel) at retailers including Sephora, Macy’s and BJ’s Wholesale Club, to name just a few. Gap and Walmart have even bought their own AR try-on startups.

The metaverse will almost certainly dominate headlines and mindshare for years to come. Whether you decide to open a virtual store tomorrow or sit back and watch for a while, take comfort in the fact that this space will likely evolve over decades — and this is just the beginning.

This story includes excerpts from our free Tech Guide Dissecting Advanced Ecommerce Tools: 3D Imagery, Visual Search and Headless Commerce. Also, be sure to check out the agenda for the upcoming Retail Innovation Conference & Expo where some of the leading minds in ecommerce and tech will be talking all things metaverse and more. 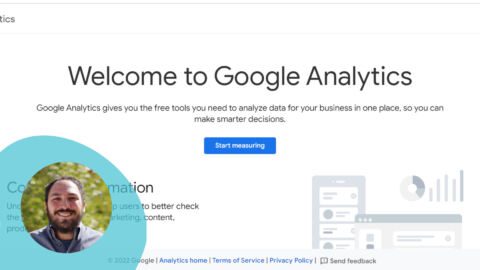 What Google Analytics 4 Means for Your Ecommerce Site