From ‘Beautiful Playground’ to ‘Commerce Destination’: Inside the Vision of Pinterest’s New Chief Shopping Officer

Pinterest’s role in the world of social media is blurry — consumers use the platform very differently than they do Instagram or TikTok, for example. But following a series of major strategic moves, the role Pinterest hopes to play in the burgeoning realm of social commerce is crystal clear. In June, Pinterest acquired AI-powered shopping platform The YES, and later that month Founder Ben Silbermann announced he was stepping down as CEO and that Bill Ready, formerly President of Commerce at Google, would be taking the helm.

For the same reasons it’s hard to categorize in the taxonomy of social media, Pinterest has a series of distinct advantages in the race to serve social shoppers — namely the fact that most people come to the site with an open mind (97% of searches on Pinterest are unbranded) but with high levels of commercial intent. The company clearly plans to exploit these advantages as it pushes full steam ahead with a slate of new shopping features and new leadership at the helm. Leading the charge will be The YES’s Founder Julie Bornstein, in her new role as Pinterest’s Chief Shopping Officer.

She is uniquely suited to the job, with a CV that reads like a chronicle of the evolution of ecommerce. After brief stints in wholesale retail and investment banking, Bornstein found her calling when Amazon made its debut in 1996. “From the moment Amazon launched my brain sort of exploded with all the possibilities of things you could do with fashion and other verticals online,” she recounted in an interview with Retail TouchPoints. “Then Nordstrom announced they were launching ecommerce, and I spent about six months convincing Dan Nordstrom to hire me.”

Spoiler alert — she got the job. She helped build the first version of Nordstrom.com, then did the same at Urban Outfitters and eventually landed at Sephora, where she ran ecommerce and launched the Beauty Insider loyalty program as CMO and Chief Digital Officer.

During her eight years at Sephora the “world changed dramatically,” said Bornstein, as the rise of social media and smartphones moved commerce “from one-way to two-way, where people could comment back and write reviews and ask questions.” Bornstein wanted in on the action, so for her next move she tackled the burgeoning arena of subscription commerce, first as a Board member and then as COO of Stitch Fix during which time the company expanded dramatically to almost $1 billion in annual revenue.

The latest chapter in Bornstein’s career looks set to be another one for the history books. In 2018, she funneled all her retail, management and tech know-how into the creation of The YES, which debuted in 2020 and was acquired by Pinterest a mere two years later.

Pinterest has been making strides into shopping for some time now, but with these recent moves it’s clear the platform’s social commerce engine is on the fast track. For Pinterest, the acquisition of The YES is about both its talent and its tech — The YES platform will be shuttered and the tech behind it, as well as the team that built it, will be integrated into Pinterest with the goal of accelerating “Pinterest’s taste-driven shopping efforts.”

While the sunsetting of The YES is bittersweet for Bornstein, she said it feels like a natural evolution for the platform, many elements of which were inspired by Pinterest itself. “The most fun job I ever had was building and running The YES,” she said. “I absolutely loved it, but I also recognized that we were bandwidth constrained by the process of fundraising — we could only build so fast. So the thought of being part of Pinterest, where we could bring the concept of what we were building to life in this incredibly talented organization with an enormous reach of over 400 million active users, was really intriguing.”

Bornstein spoke to Retail TouchPoints about how Pinterest plans to conquer the realm of social commerce and the crucial role personalization will play in those efforts.

Retail TouchPoints: What was the white space you were trying to tackle when you launched The Yes?

Julie Bornstein: Essentially we asked, what is the benefit of the layer of the web? What can [the web] do that a retail store can’t do that makes shopping better?

There were a couple of long-standing problems in ecommerce we were tackling. One was inventory — I felt there was a better way to create a shopping experience that didn’t need to be limited by what your buyers and planners bring into your warehouse.

Another thing, and the biggest thing from a consumer standpoint, is that everyone sees the same thing online, and that makes no sense. And at the time [that we were building The YES], there was a really interesting evolution happening in the use of technology for matching. The dating apps, Spotify, even Apple News and YouTube, have all gotten really good at understanding what a user is interested in, and my feeling was there’s no reason we can’t do that in shopping also.

[We set out] to build a store around each person. We said, we’re going to get really good at understanding what questions to ask to help us understand your style preferences. And then on the product side, we’re going to work with the brands to integrate with them in a very seamless way so it’s easy for them. We trained [AI] models to really understand product so that we understand what it is we’re recommending. And we built a user interface that allows the user to interact with the product, so they can say “yes” and “no,” answer quizzes, get more information, save what they’re interested in and share that list with friends.

RTP: How did the acquisition with Pinterest come about?

Bornstein: I think what they liked the most about The YES was our focuses were very similar around taste preferences and personalization, and our teams were good fits culturally. I give [Pinterest] a lot of credit — most big tech companies with so much talent internally think they can just build it, and I believe that will continue to be the reason many of the other tech companies don’t actually succeed at this. But [Pinterest founder] Ben [Silbermann] and his team wanted someone to run this who really understands it.

Pinners have been asking to be able to shop on Pinterest since the beginning, so Ben was always really clear that [that was a goal]. Many [Pinners] start in more of the concept stage, but at some point they’re interested in buying. Then the next step is realization, so [The YES’s] whole concept of being able to facilitate buying the item that you’re inspired by, or things that are similar to it, is a really powerful and natural [integration].

RTP: One of Pinterest’s biggest differentiators is that most searches are unbranded. How will The YES’s focus on personalization come into play on this very discovery-based platform?

Bornstein: This is a very well-known problem within machine learning and algorithms — how do you balance showing [a user] things similar to what they’ve already looked at [in order to help them] start to narrow down, but without presenting them with the most narrow version of themselves? We want to continue to figure out ways to put new ideas in front of you, and there are a lot of really interesting ways to do that. Things like showing you what other people similar to you have liked, surfacing new trends and just saying, ‘What do you think of this?’ Especially in style-based categories, that’s really important. It’s also nice to know what you don’t like — being able to say ‘I’m not ever gonna wear crop tops’ so we can remove those things that are totally uninteresting to you.

I think the beauty of Pinterest is that it’s the best visual search on the planet; their team around computer vision is unbelievable. If you can start from a journey that is more visual versus word-based, and then you can use images to help narrow what you’re looking for and find your interests, that makes shopping a lot easier than having to type in the exact words or brand.

RTP: Do you see the potential for these enhanced shopping capabilities to bring a new kind of user onto Pinterest?

Bornstein: There’s no doubt in my mind it will broaden the audience for Pinterest and broaden engagement. Pinterest is such a beautiful playground, and now we’re going to build on top of it the best shopping experience that exists, vertical by vertical. We’re going to start with women’s fashion, because we have the experience and the relationships there. Then we’re going to expand to men’s, home and beauty and over time to other verticals.

The way we’re thinking about it is, let’s get that shopping experience really good. Let’s get the best assortment that exists anywhere, let’s make the journey really easy, make checkout really easy and then let’s expand to multiple verticals. I think a few years from now Pinterest will become one of the top shopping destinations, the same way it’s already a destination for inspiration and planning.

RTP: What do you see as Pinterest’s unique value proposition in the increasingly crowded arena of social commerce?

Bornstein: It’s definitely going to be personalization — understanding you and your preferences and helping you find the right things. The social element of Pinterest and the ability to get ideas from other people’s Boards, and have us suggest Boards that might be interesting to you based on your taste profile, also becomes super interesting.

There’s also a big effort within Pinterest around working with creators, so there’s going to be a lot of interesting things to do there for shopping. But the primary thing that I’m starting on is building amazing shopping experiences with the right assortment. Version one of shopping will be centered on taste-based preferences. We’re going to start to learn to both use the signals we already have about your preferences — only for the purpose of recommendations and nothing else — along with launching some new features, like quizzes potentially, to deliver fun, inspiring, hyper-relevant experiences. 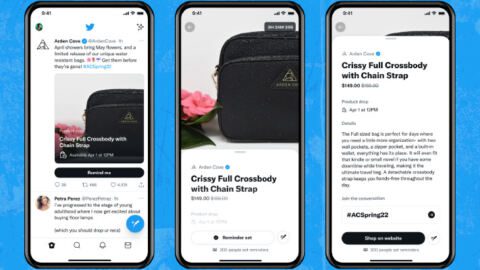 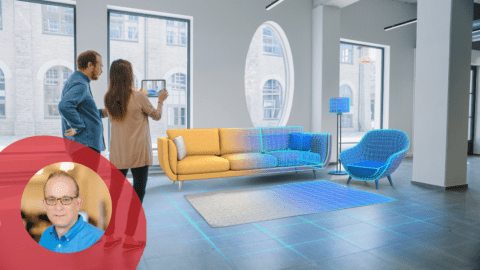