Before there was TikTok to entertain us, there were books (and radio, theater, TV, music…but that’s not the point here). Now, the “ascendent platform of the decade” is encouraging its users to “take a break from watching” and instead engage in the centuries-old pastime of reading. And Barnes & Noble is coming along for the ride.

TikTok has teamed up with Barnes & Noble to launch a summer reading campaign — #BookTokChallenge — to encourage people to discover new books and authors and then share their reactions on TikTok. It’s something thousands of users are already doing every day on the ever-growing #BookTok forum, which boasts nearly 11 million videos and more than 65 billion views to date. (For comparison, the popular #TikTokMadeMeBuyIt hashtag is closing in on 7 billion views.)

The summer reading challenge, which is being spearheaded by a slate of TikTok’s top #BookTok influencers, will continue through Aug. 31 and has already clocked 117 million views and counting. But what’s most notable is that it has also kicked off a formal partnership with Barnes & Noble.

“It’s interesting that TikTok has allowed a ‘capital C’ corporation to be involved, but I think it stems from the fact that Barnes & Noble was the very first retailer to identify that #BookTok was a driving factor in book sales,” said Jessica Brigman, Senior Account Executive at The Walt Disney Co.’s publishing division in an interview with Retail TouchPoints. “B&N was the very first retailer to actually merchandise #BookTok on a sign in a store, and it legitimized #BookTok as a platform that publishers needed to pay attention to.”

The partners have debuted a new standalone #BookTub Hub online — featuring videos from TikTok creators and B&N sales associates — aimed at driving book discovery, whether on TikTok or at Barnes & Noble. The Hub links back to Barnes & Noble’s #BookTok section, now a dedicated category on the B&N homepage nestled alongside more familiar genres such as Sci-Fi, Romance, Thrillers and Picture Books. The retailer’s #BookTok page showcases top #BookTokChallenge reads as well as book selections that align with popular #BookTok themes like “enemies to lovers” and “fake dating.”

“We are looking forward to exploring these new avenues within TikTok,” said Michele Laikowski, Head of Social Media at Barnes & Noble in a statement. “The #BookTok community has been such a driving medium in discovering favorite paperbacks and bringing worthy titles back to the forefront of customers’ minds. Helping more readers enjoy good books is key to Barnes & Noble’s purpose, and when you pair our local Bookseller recommendations with #BookTok recommended reads, any reader can consider their summer plans booked.”

The Back Story of #BookTok

Let’s back up a sec and take a look at how #BookTok has revolutionized book sales. It’s one of the most active communities on TikTok, all centered around the hashtag #BookTok — but don’t confuse it with social commerce. Like viral hashtags on any platform, this movement is user-created and driven, and centers on content. But even though no sales happen through TikTok posts, #BookTok has had a huge commercial impact on publishing. In 2021, #BookTok helped sell 20 million books, according to The NPD Group.

“#BookTok has changed the book industry dramatically over the last year and a half,” said Brigman. “It has allowed readers to essentially create large-format book clubs and communities of sharing that are completely organic. And in the process, it’s taken all the marketing out of a book’s success. There are still books that will have marketing campaigns and there are ways now that marketing teams are trying to accommodate #BookTok, but the best part about #BookTok is that it remains organic. It’s someone holding a book and saying, ‘This book destroyed me. You have to read it, here’s why’ and we [publishers] can’t re-create that.”

The ultimate example of this is romance and thriller author Colleen Hoover, or “CoHo” as her huge flock of fans call her. She is now also known as the “Queen of BookTok” because her success on the platform, driven by fans, has led to huge commercial success in the real world — not just for her recent books but also for her backlist. Hoover’s books occupy four of the top 10 spots on The New York Times bestsellers list in the Combined Print and E-Book Fiction category. The #2 ranking, “It Ends With Us,” has been there for 58 weeks — the book was originally published in 2016.

“What TikTokers do is they’ll find one author’s one book and that book will go viral, but then the best part is that they seek out the rest of the author’s catalog,” explained Brigman. “In our industry, you could be publishing someone for a very long time and you’re always hoping for that one breakout novel, but that might be the only one people ever read. They don’t go back to other books and we’re not marketing those backlist books — we don’t have the dollars. But now all these books published five, 10, 15 years ago that didn’t see the light of day are being reprinted because they suddenly hit The New York Times bestseller list.”

“It’s been amazing to see #BookTok grow into a truly global phenomenon, which is having a profound impact on the literary world,” said James Stafford, Head of Partnerships and Community at TikTok in a statement. “From spotlighting little-known authors and genres to introducing the classics to a new generation, #BookTok has helped to reignite a passion for literature.”

While TikTok doesn’t seem to have immediate plans to commercialize #BookTok, it is formalizing the community that has sprung up on its platform with initiatives like the #BookTokChallenge with Barnes & Noble and the launch of a Tik Tok Book Club, in which top #BookTok influencers will introduce a new book for the community to read and share together each month.

The fact that social commerce per se hasn’t hit the #BookTok universe yet is probably for the best given two very important dynamics: first, while #BookTok is now expanding into other genres and age groups, it all started with young adults; and second, there continue to be big concerns about how the platform’s Chinese parent company ByteDance uses TikTokers’ data, with the FCC renewing its calls for the app to be removed from Apple and Google’s app stores in June citing national security concerns. As of today, TikTok is still available to teens in the U.S. and consumers aged 10 to 19 still account for the biggest segment of its user base.

From the beginning B&N has taken the attitude of, “if you can’t beat ‘em, join ‘em,” and in fact, that’s exactly the phrasing Laikowski used in announcing the #BookTok Challenge on the B&N blog. But B&N’s embrace of #BookTok dates to well before this summer, back as far as 2020 when the retailer noticed an unexpected lift in the sale of trade paperbacks that it eventually realized was being driven by TikTok fans.

Barnes & Noble took the bold move of merchandising around the movement. “They didn’t try to make TikTok books, but they paid attention to #BookTok and they would change the table a lot,” said Brigman. “Most retailers put a book on the shelf, and that book sits there for a predetermined period of time. In the fast-moving world of #BookTok success, that’s a waste — books can become stale within a couple of days because the fervor has moved on to the next book.

There’s no denying the influence that #BookTok has had on the world of publishing and bookselling in a few short years, but unlike other disruptive movements it has apparently boosted rather than buried retailers — those that embrace it at least. Sales at Barnes & Noble are soaring, with 2022 on track to be stronger than 2021 and 2019, the company’s Director of Books, Sharon DeVito, told Bloomberg.

“I don’t think the exposure of being on a storefront table at a major national retail chain has been usurped [by #BookTok],” said Brigman. “There’s no formula for TikTok success, but when we’re considering acquiring a book we can say, ‘This is a good book to buy because this kind of romance is very popular on TikTok, it might take off.’ Still, there’s no good way to make something go viral, it just happens, but that’s what makes #BookTok such a joyful place for people.” 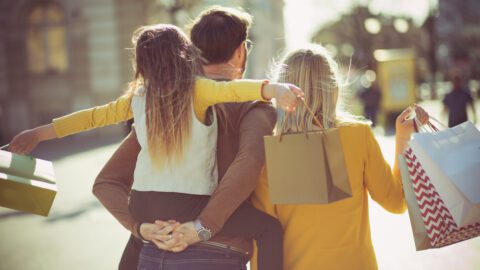 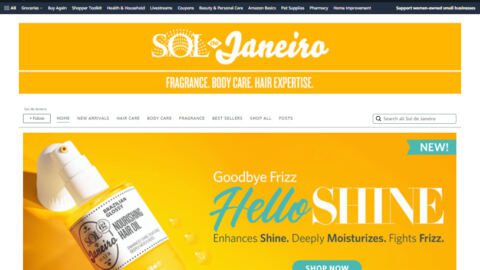 Why Brand Matters More Than Ever, Even on Amazon