Exclusive Q&A: Can Anything Slow the Amazon Behemoth?

Amazon’s dominant role in ecommerce — and in retail as a whole — isn’t likely to diminish any time soon. In fact, according to Robin Gaster, PhD, author of the forthcoming book Behemoth, Amazon Rising, Amazon’s share of the total ecommerce market could reach as high as 60% to 65% during the coming decade. That ecommerce market, fueled by the long-term impacts of COVID-19 and the general global shift toward online commerce, is likely to be three times the size it was in 2019. “It’s very likely that in 10 years, Amazon will have overtaken Walmart in gross sales, just counting its retail division,” said Gaster in an interview with Retail TouchPoints.

That’s not to say Amazon doesn’t face challenges — not least of which is that the company’s pure retail operations (as opposed to its Marketplace, which produces better margins) are still losing money despite the company’s best efforts. Other key predictions from Gaster, a visiting scholar at the George Washington University Institute for Public Policy, include:

Retail TouchPoints (RTP): What would you say are Amazon’s current weak points, if any?

Robin Gaster: Amazon does have a weakness — in retail. That part of the “flywheel,” the company’s role as the “Everything Store,” is geared to acceleration; there’s no brake pedal. But at the moment all it’s getting faster at is losing money.

However, if you wanted to take on Amazon retail head-on, you would need a logistics system that’s as good as theirs — but Amazon spent 20 years to build theirs, without showing a profit during most of that time. Shopify is sort of trying to take on Amazon, but I don’t think it’s going to be able to solve the logistics problem.

You would also have to have something equivalent to Amazon Prime, which has an estimated 119 million members comprising 82% of U.S. households. How many people will sign up for both Walmart+ and Amazon Prime? Not many.

RTP: How has Amazon tried to solve its retail problems, and what is it likely to try next?

Gaster: They’ve tried pretty hard to figure out how to make money in retail with relentless expansion into new categories. But why would Amazon be better than IKEA at shipping furniture around? Amazon also has tried private labels, going directly to the manufacturer and cutting out the middleman to improve margins. But Amazon’s private labels haven’t moved the needle at all; Amazon says they represent less than 1% of Amazon’s retail sales, and most of that is in batteries. If you order four AA batteries Amazon charges you $2.16, but it costs them at least $4 to ship it to you. These small, low-value items can’t possibly be making money for them.

The company also has tried to build brands, creating “Amazon exclusives” with tons and tons of outside brands. But Amazon is fundamentally antithetical to brands; it’s devoted to search. That’s the whole point of Amazon.

The third way is to chop off the parts of the retail octopus that are failing, and we do see some signs that they are pushing vendors from first-person sales into their third-person Marketplace. The Marketplace generated $187 billion in sales in 2019, compared to $141 billion for Amazon Retail. By the way, both of them together accounted for 37% of total U.S. ecommerce sales, according to the U.S. Commerce Department. Etsy is doing about $600 million in sales per year; that’s essentially a rounding error for Amazon.

RTP: Why is the Amazon Marketplace better for the company financially?

Gaster: There are no financial risks for Amazon with Marketplace sales. They don’t own the product, so they don’t have inventory costs, and they don’t run the risks of poor sales — if an item doesn’t sell, it’s just too bad for the seller. Amazon gets a 15% commission, and is collecting about 8% of Marketplace gross sales for advertising, so the company is taking about one-quarter of every sale, not counting shipping costs. Amazon’s  margins in advertising are about 83%, so it’s essentially a license to print money. Because of these features, the Marketplace is entirely scalable: every extra dollar in sales generates 25 cents for Amazon. Amazon also charges for fulfillment, and those fees more or less balance their fulfillment costs.

Amazon already is moving relative volume from its own Retail division into the Marketplace at a rate of approximately two to three percentage points per year. Project that out and the company could take Marketplace’s share of overall gross sales from its current 57% to 80% or more in 10 years. The company would be left with a smaller, probably much more profitable retail operation that’s almost entirely automated, and that’s a pretty good prospect for them.

RTP: COVID-19 has produced a general ecommerce boom, and most people assume it’s also been very good for Amazon. What have been some of the specific effects that you’ve seen?

Gaster: It was a big challenge for Amazon, as it would be for any company, to suddenly see the demands on their supply chain rocket through the roof in no time flat. They do seem to have handled it, I imagine at significant cost to the workers in their warehouses. The coming holiday season will be a further huge challenge, though, and some sellers will be left out in the cold.

The biggest positive they saw was in grocery. Amazon was already poised to enter online grocery in a significant way, and COVID gave them a huge push — they suddenly found they were surfing a gigantic wave. They will try to take advantage of this with more Amazon Fresh stores and more automation like Amazon Go. Grocery is a big market and it’s strategically important to Amazon.

It’s true that when they got into it [with Amazon’s 2017 purchase of Whole Foods], it looked weird. Grocery is a low-margin, high-capital-intensive business, so it isn’t, or wasn’t, like what Amazon does. But this is a company that tends to take a long view. If you look at what the grocery store and delivery will look like in eight to 10 years, I imagine it will be a lot more automated and delivery-focused, and Amazon is good at that. If the Amazon “python” can fully digest the enormous pig it just ate, it will be stronger for it.

RTP: You write in your book that unless governments take serious action, it’s unlikely that anything else could slow Amazon down. But does the company face any serious roadblocks to its continued expansion?

Gaster: Amazon has faced antitrust allegations before. For example, when the book publishers realized how dangerous Amazon would be, they banded together to create an alternative to Amazon. They made a deal with Apple, but you’ll notice that nobody today goes to an Apple platform to buy books.

The European Union has just opened its own antitrust suit against Amazon, which does represent a threat to the company, mostly in terms of Amazon revealing information about how it operates. But it’s unlikely the Europeans would force them to break up the company; they tend to demand changes in how companies operate versus big structural remedies.

In fact, the only way to deal with Amazon is to force it to disclose. Information is a tool the big tech companies use to dominate their environment and manage their customers and supply chains. It’s asymmetrical warfare — we don’t have any information on them, and neither do its sellers or partners. But they know everything about us.

It would make more sense to treat Amazon the way we treat utilities like electricity and water. If you’re a utility and you want to raise prices, or really do anything, you have to reveal your sources, your labor costs, exactly what you’re charging, etc. That’s the model to manage the big quasi-monopolies in tech. If Amazon had to reveal everything happening on its platform, they couldn’t discriminate [against specific companies] or force people to use Fulfillment by Amazon, for example.

RTP: Given the strength of Amazon, it looks like it’s going to be part of the retail ecosystem for a long time. Is that an overall positive for consumers, manufacturers, the economy and society in general?

Gaster: That’s the central question we face. If you go back to previous big companies, for example Standard Oil, its monopolistic practices were terrible for everyone except for Standard Oil. This isn’t the case with Amazon. People love the choice it offers and the reviews; in general they have found it a massive improvement over other retail offerings. I use my Kindle, and it’s great.

But this is a lot of power, and a lot of secrecy. Amazon has historically worshipped at the altar of the customer, to the point that it can’t even recognize the collateral damage that comes from that. The point is that if a company like Amazon disrupts and disrupts and disrupts, it eventually creates tremendous instability. It’s not healthy to leave all that power in the hands of one company. 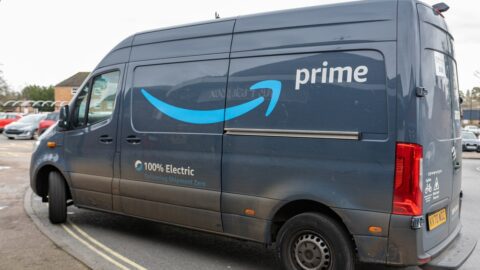