NRF 2017 Preview: A Big-Picture View Of The Big Show 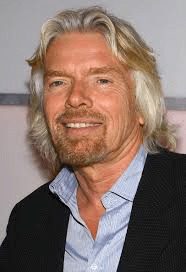 New York City’s Javits Center will bulge with 33,000 attendees and more than 500 exhibitors from Jan. 15-17, all in town for the NRF Big Show 2017. The visitors, representing more than 3,300 retail companies, will be there to visit two Expo Hall levels totaling more than 235,000 square feet, as well as the educational sessions led by the 300+ speakers.

The keynote address, on Monday, Jan. 16 from 9 to 10 am, will be delivered by Sir Richard Branson, founder of the Virgin brand. In a “fireside chat” format with The Container Store Co-Founder and Chairman Kip Tindell, Sir Richard will discuss Undying Brand Engagement in an Age of Continuous Disruption and Reinvention.

• The Retail Organization; and

The Retail TouchPoints editors have identified which sessions they are most eagerly anticipating. In addition, the editors weighed in on what they anticipate will be the hot trends at NRF 2017. The staff’s predictions include:

Companies like McDonald’s, Nestlé, IKEA and Samsung have taken the lead on VR experiences in retail and I think there’s so much potential for more to come. When a shopper puts on a VR headset, you now have their full attention, for at least a few minutes…they are not checking email, posting photos or writing tweets during the time they’re encapsulated in your video. It’s an opportunity that is incomparable in today’s digitally connected, impatient society.

I’m hoping there’s a focus on basic things like letting consumers know exactly when their package is going to arrive (and more important, when it’s running late), and communicating this information via email, text, Tweet or even old-fashioned phone call — whatever communication method the shopper has chosen. These things may not be glamorous, but they have a real impact on how consumers perceive brands, and cementing that kind of loyalty is the real new frontier.

Last NRF, I saw a first-hand AR demonstration from Cimagine and it most certainly was revelatory. I knew there was a huge potential for the technology in the retail world, but I wasn’t sure what sort of catalyzing event would bring it into the public consciousness. Enter Pokémon Go. Now, the entire world is not only familiar with AR, it is hungry for more. In fact, there is already plenty of interest in AR from some of the biggest companies.

We’ve heard some talk about the benefits of Facebook commerce and even Facebook VR, so I’m curious to see how retailers will be able to leverage these new social technologies to engage consumers. Chatbots via Facebook Messenger have also crept into the scene, with department stores like Nordstrom leveraging the technology to help customers with their holiday shopping.

With retailers seeking out the secret sauce for personalized experiences, they will continue to prioritize machine learning capabilities into next year. As these technologies develop a more “real-time” analysis of the customer’s behavior, conversations can have more nuance, similar to an in-store interaction.

NRF Big Show visitors come from far and wide. Attendee demographics for the 2016 show revealed that:

• Attendees came from all 50 U.S. states and Puerto Rico;

To help attendees find their way around and get to the booths and sessions they’re looking for, NRF has created a mobile app. For additional tools and tips, visit the NRF Resources page.