Wish Launches Marketing Blitz to Reintroduce Itself to Consumers

Wish has launched a global marketing campaign following almost a year’s pause on major advertising as new leadership settled in and formulated a turnaround strategy for the bargain shopping app.

After topping the charts as the most popular shopping app in the world in 2018, Wish fell out of favor with consumers who had one too many bad experiences. But with a new slate of chief officers at the helm, the company is angling for a comeback. Wish has crafted and launched a rebrand and a business transformation is well underway. Today marks the brand’s reintroduction to consumers with a multi-channel, multi-market campaign aiming at bringing the new experience of shopping on Wish to life.

The company’s timing couldn’t be better as the all-important holiday season approaches. Cash-strapped consumers are looking to stretch their money and, as CEO Vijay Talwar pointed out on Wish’s Q2 earnings call, equally cash-strapped companies are pulling back on marketing.

“We’re probably the exception to the rule as the economy has come down,” he said on the call. “There’s probably a lot more companies pulling back on marketing — we’re doing the opposite, and that puts us in a unique position. We plan to spend significantly more in the second half of the year than we did in the first half, and we’re doing it at a time when the overall environment is a little bit less competitive. It’s the right time for us [especially because] we’re also finding that consumers are looking for lower prices and trading down because their dollars are stretched in terms of the external environment.”

The campaign — called “You Wish” and developed in partnership with ad agency Whale — launches in the U.S. today before rolling out across the UK, Canada, Germany, Italy and Australia. It will run across linear and streaming TV, radio, digital, social, influencer marketing and PR channels.

The poppy, surrealistic ad embodies the company’s new tagline, “Bargains Made Easy, Discovery Made Fun,” featuring a shopper who is sucked through a portal into a new world where she finds an endless selection of unique clothing, makeup and accessories. The shopper ends her visit to Wish by floating through a laser-infused art gallery of Wish Clips (the app’s new video feature) where even more selection abounds. Check out the full ad here.

The music, casting and vibe all point to Gen Z, and while Talwar is clear that he’s aiming to create a space for bargain hunters of all ages, younger consumers present a unique opportunity for the brand’s fresh start because they are less likely to have had a bad experience with Wish in the past. Toward this aim, Wish is partnering with top creators from around the world to widen the reach of the campaign.

The company is also sponsoring the Premier League football club Leeds United for the 2022-23 season in a deal that will see the new Wish logo emblazoned on the team’s uniforms and displayed throughout the stadium.

“As a company, we’re doing so much work on the inside to turn things around, so to be able to share a piece of that work — in a way that you can see, hear and experience — means everything to us,” said Talwar in comments shared with Retail TouchPoints. “I can’t thank my team enough for their many hours of hard work and collaboration. This was truly a full team effort.” 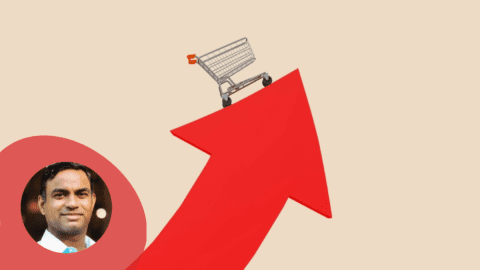 4 Steps Retailers Can Take to Market Themselves in a Recession