Microsoft it is reportedly testing out a new retail marketplace in the U.S. on its Bing search engine, according to multiple news outlets.

Called “Buy Direct,” the third-party marketplace is being integrated into Bing’s existing ecommerce experience, Start Shopping, where consumers can find products and are then directed to a retailer’s website to make the purchase. Buy Direct will allow shoppers to complete their purchases directly in Bing.

“This is a new product experience that we recently launched with limited sellers to our customers in the U.S,” a Bing spokesperson told Search Engine Land. “We’ll continue to listen to feedback as we explore new ways to serve our customers.”

At the moment a “couple hundred U.S.-based online sellers” are reportedly participating in the beta test of Buy Direct, but a source told Business Insider that Microsoft hopes the service will drive $25 million in gross merchandising value (GMV) by fiscal 2023, which ends June 30, 2023.

The move follows a similar trajectory at Google, which has been continuously adding more features to make itself central to the online shopping experience, including the recent debut of a new checkout flow. The big differentiator is that Google insists its aim is not make the actual sale, but rather to support product discovery: “We’re indifferent on where the shopping journey ends, where that transaction takes place,” Matt Madrigal, VP and General Manager of Merchant Shopping at Google told Retail TouchPoints in a 2021 interview.

Google does have a direct-purchase feature, Buy on Google, which is similar to what Bing has rolled out, but it accounts for only a fraction of the more than 1 billion shopping sessions Google sees every day, according to Madrigal. Google also attempted to develop a more traditional third-party marketplace in 2019, but seller uptake was slow and the company quickly pivoted. In 2020, it eliminated all commissions and fees, thereby making it free for merchants to list their products on Google Shopping, and then in 2021 it forged integration partnerships with a number of major ecommerce facilitators including Shopify and Square. The ultimate goal is now to make as many products as possible discoverable directly via Google to drive eyeballs for the company’s primary money maker — advertising.

Bing’s goal might be similar. Certainly having more sellers and more products on its shopping platform should boost traffic and therefore advertising audiences. But the company’s insistence, expressed to multiple news outlets, that “sellers on Buy Direct are not sourced through Microsoft Advertising/Shopping Campaigns,” combined with the rumored GMV targets, make it seem like Bing is looking for an actual piece of the online marketplace pie.

Bing will handle payments made through Buy Direct and also allow sellers to promote their products through advertising, according to Search Engine Land. A source also told Business Insider that Bing believes it has an edge over Google in the realm of shopping because its experience allows users to manually set their shopping preferences to make search results more relevant. Google’s shopping function is more algorithm-based, relying on the query itself and search history. Bing accounts for approximately 25% of total monthly search volume in the U.S., while Google accounts for over 60%, according to Comscore. 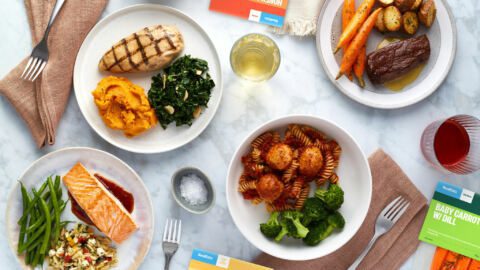