Study: Why AOV Has Ousted CLV as Ecommerce Executives’ Most Valuable Metric

The past two years have seen a rapid evolution of retailers’ digital operations, and perhaps more importantly led to a dramatic shift in the role that ecommerce plays in the overall shopping experience.

“The whole idea of what portion of the buying journey is digital versus physical has shifted,” said Ricardo Belmar, Director of Partner Marketing for Retail and CPG at Microsoft in an interview with Retail TouchPoints. “We’ve talked for many years about how digital channels influence the buying journey whether or not the consumer ends up buying in a digital channel versus a physical one. That path has gotten more complicated now, and much more interactive between digital and physical channels — consumers are jumping around from channel to channel, and the digital channels have much more importance now because of that influence.”

These changes are reflected in Namogoo’s annual survey of ecommerce executives, conducted this year in partnership with Microsoft, which benchmarks where retail leaders will be focusing their investments in the coming year and how they’re measuring success.

The 2022 survey uncovered some notable shifts in leadership priorities, including:

Last year, cost optimization didn’t even make it into the top three investment priorities of ecommerce executives, but in this year’s survey it ranked at #1, with 95% of respondents calling it a priority and 61% giving it high priority status.

“During the pandemic a lot of retailers learned that ecommerce operation and fulfillment ends up being more expensive than you think,” said Belmar. “We’ve always talked about shipping costs being high if you’re running a successful ecommerce site, but it’s more than that. There’s a lot happening at the back end of these operations that introduces a higher cost per customer, [and] per transaction than what you would expect in a brick-and-mortar store. It’s caused retailers to rethink a little bit how they can optimize those costs to streamline the buying process for ecommerce.”

To offset these added costs, retailers are looking to maximize their existing investments. Other items executives listed as high priorities included loyalty programs (51%) and site performance (43%). In comparison, items such as onsite personalization, affiliate and partnership programs, and email and SMS marketing were much less likely to be given priority status. With so much uncertainty in the marketplace due to the ongoing pandemic and supply chain upheaval, focusing on optimization, loyalty and performance gives retailers a better chance at weathering any other unforeseen twists and turns that might lie ahead in 2022.

Push for Cost Optimization Brings AOV into the Spotlight

Another shift in priorities concerns the metrics that ecommerce leaders consider the most important. Average Order Value (AOV) is now the most essential metric for executives, up from fifth place in 2021: 47% of executives surveyed said AOV was a high priority this year, compared to 34% in 2021. Then, Customer Lifetime Value (CLV), conversion rate optimization, Customer Acquisition Cost (CAC) and new traffic acquisition all ranked higher.

With customer acquisition costs on the rise and online competition increasing, retailers are looking to maximize every chance they can to increase profits, said Belmar. “Cost optimization has become more important, but those digital channel costs are higher than they were before,” he said. “If my AOV is higher, that introduces a little more margin for me to overcome some of those higher costs.”

It’s a notable shift toward a transaction-based metric and away from the long-view measurement of CLV, which was executives’ top metric in 2021. Belmar said he believes this is part of an evolution in how retailers are viewing CLV itself. “Many of the folks I’ve talked to are looking at lifetime value as a loyalty metric,” he said. “The more loyal a customer is, the more likely they are to buy from you and the more likely they are to buy more in a given transaction. So a higher AOV has the potential to expand CLV down the road, if they maintain the loyalty and keep that customer coming back.”

Companies of All Sizes Struggle to Use Their Data Effectively

Given these other priority shifts, it makes sense that data collection and management is a key focus for ecommerce executives in 2022. “There’s more of a desire than before to have control and guidance over what that shopper journey looks like for their customer,” said Belmar. “It’s not enough to understand that your customer is jumping from channel to channel, you want to know why and how they’re doing it [so you can deliver more personalized experiences]. But that means there are more insights you need to derive from the customer data you have.”

There’s just one problem — retailers are having a hard time doing this. As is always the case in retail, getting the data isn’t really the problem; leveraging it is. Interestingly, the larger the company the greater the challenge, with enterprise-level companies (annual revenue over $150 million) finding this more problematic than any other group. The vast majority of enterprise executives surveyed (79%) said they struggle to effectively use the data they have, followed by SMBs (annual revenue from $29 to $50 million) at 78%, and mid-market (annual revenue from $50 to $150 million) at 68%.

The task also appears to be more difficult for hybrid retailers (those that operate both online and offline) compared to pure-play ecommerce retailers, with 81% of hybrids saying they have trouble leveraging their data, compared to 67% of ecommerce-only retailers.

“I think what a lot of retailers have learned is they have so much data that a lot of it is not clean,” explained Belmar. “And because it’s not clean it can throw off the analytics platforms you might use. It may be simple things, like one customer may appear to be multiple customers in the dataset just because of how they engage with you, but you really need to know whether that’s the same customer or not.”

While these problems affect retailers of all sizes, the investments companies are planning to make in 2022 to address it vary greatly depending on size. For SMBs, the top data collection investment is in a CDP platform, while for mid-market companies it is data enrichment efforts, and for enterprises it’s collecting non-PII (personal identifiable information) data. This is most likely a reflection of the level of sophistication of the data operations of each size of retailer — larger retailers tend to have a more mature data collection and enrichment operations and are therefore turning their attention to the next looming problem — increased data privacy regulation.

Finding New Ways to Personalize in the Era of Data Privacy

More stringent privacy settings on smartphones and the impending “death” of third-party cookies in 2023 will have a large impact on the personalization and audience-building efforts of all retailers, regardless of size. So it’s no surprise that 79% of executives responding to the Namogoo survey are seeking to personalize their marketing efforts in ways that don’t involve PII data, such as using intent or behavioral data.

“There is also a strong desire to develop more first-party data sources,” added Belmar. “One example I see of that [is the increase of] retail media networks (RMNs). Everyone talks about that capability in terms of the incremental revenue the retailer gets, but I think there’s even more value in the data RMNs help generate, because that data is being sourced from your own website, from customers who are already engaging with you. When you combine that with the other data you have, you get much better utility out of that data.”

But that again brings us back to the central problem most ecommerce operators are facing today — effectively leveraging the data they have. “You need clean data, and that is very dependent on having a good AI and machine learning platform,” said Belmar. “These aren’t things that can be done with just basic algorithms. You need a more intelligent platform to really use that data.” 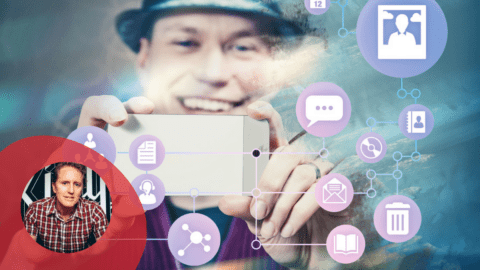 Why Consumer Brands Turn to UGC During Tough Economic Times