Why Experience, Story and Video Are Key Sales Drivers in Chinese Cross-Border Commerce

Chinese cross-border commerce has been a hot topic, and it’s becoming potentially even hotter as major retailers prepare for potential cost-cutting by U.S. shoppers — 67% of China’s cross-border shoppers plan to spend more in 2022 than 2021, according to Pattern’s China Cross-Border Shopper Report 2022. While overall growth in China may be slowing down, it’s still rising faster than in the U.S., and the country remains a major opportunity for retailers that are able to appeal to its consumers.

“For any business that is in the CPG, DTC or ecommerce space, you’re always looking for growth and internationalization,” said Sharon Gai, General Manager for China at Pattern in an interview with Retail TouchPoints. “So why not pick a country that is going to set you on the right path to kick off that growth?”

Finding the right partner is a good opening strategy for cross-border launches, and Tmall is the top retailer of choice for Chinese cross-border customers. Pattern found that 85% of those surveyed use the platform, followed by 53% on JD.com Global and 39% on Amazon.cn. However, it’s up to the retailers themselves to research how success will be measured by their platform of choice, as well as making any necessary adjustments to their approach in China.

Any international brand expansion means a bit of culture shock, and moving from selling in the U.S. to selling in China is no different. Retailers can get a better idea of how they need to adjust their usual strategies by comparing the domestic Amazon shopping experience to what shoppers expect when browsing on Tmall.

The key difference between these two retail giants is how each platform encourages a certain shopping experience. Amazon positions itself on speed and convenience, with fast conversions and short visits, while Tmall takes a slower, more drawn-out approach designed to entice customers with a wide variety of choices.

“Amazon is very quick in, quick out,” said Gai. “Amazon’s algorithm is based on getting you to find the product you desire in the quickest time possible. Tmall is more interested in showing you more brands, a bigger selection, and getting you to view different product shots as much as possible. The impetus and strategies of these two platforms are fundamentally different from each other. The product teams at these two places designed their apps with each impetus in mind, so everything you build on top of that is going to be on top of their original strategy.”

Tmall’s approach, which is all about engaging with shoppers, goes beyond just trying to make a sale. Gai noted that the concept of “i-commerce,” or immersive commerce, has become prominent since the start of COVID. This is where video and multiple product shots become important. Shoppers who couldn’t experience real in-person shopping appreciated the opportunity to relive it at home, and the approach has continued to prove effective.

“I think what China has done in terms of ecommerce is to turn shopping into almost a game,” said Gai. “When you’re in the app, you’re not really feeling like you’re there to buy something; you are there to experience something. Tmall does a great job of getting brands to post more content, both branded content and user-generated content. There are a lot more live videos and livestreaming.”

Develop Your Own Brand Identity Rather Than Copying the Locals

China is a massive market with plenty of retail choices, which means U.S. retailers looking to stand out in the country need to have a message that will appeal to potential customers. Pattern found that 59% of respondents want to purchase unique products, while the same percentage want products that match their sense of style, so it pays for sellers to be brave and bold in their approach to breaking into this market. This means standing out on your own merits rather than copying what’s already available.

“From a brand perspective, just doing what the brand does best is always recommended,” said Gai. “I think a lot of people get caught up in, ‘Oh, how do I compete with a local guy who’s a lot cheaper than I am, who can iterate faster than I can and gets a better supply chain with lower costs?’ If that was the case, then everything in the homes of the Chinese consumer today would be China-made or from a Chinese brand — but that’s not the case. From the perfume that they use to the makeup that they put on their faces to the food that they consume, so much of that is foreign and so much of that is imported. And that’s because there’s a place for imported brands and imported products.”

Tmall lets retailers decorate their personal web stores, providing a golden opportunity to get right in front of the customer and let them know what your brand is all about. This is where understanding China’s emphasis on video and experiential journeys comes into play — grab the shopper’s attention here, using interesting content, and you have a better chance of creating a customer.

“The first section [on Tmall’s mobile app] is a drop-down video,” said Gai. “So as a user, when we get to the store, instantly something is moving and our eyes are always attracted to whatever is flashing or moving, instead of a just a still two-dimensional photo. If your brand uploads a video, their fingers will drag down and then you have about a minute or so to tell your story to that new customer that’s just entered your virtual store.”

Once shoppers drag the screen a little further, the first few hero SKUs will be the first thing they see. This provides an opportunity to put any flagship products front-and-center, which can further set the scene for what a retailer stands for and what they offer.

Finding a brand voice that’s true to the company’s mission and also appeals to Chinese consumers isn’t necessarily an easy task, but it’s not insurmountable either. Preparing a China strategy is a smart move, given the country’s growth trends, but that doesn’t mean retailers need to dive in before they’re ready.

“I think for a lot of brands, it takes them a couple of months to even a couple of years to truly develop a refined China strategy,” said Gai. “Most brands will look at things from at least a three-year perspective and lay out a P&L for the plan before going into China.” 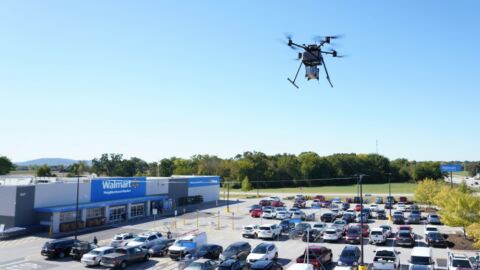 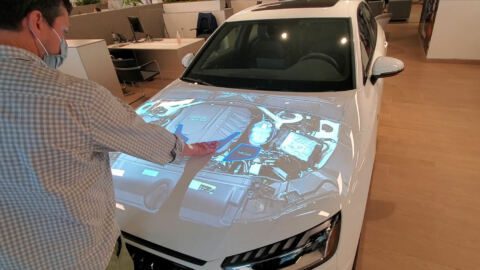