“Our 2008 index showed that loyalty marketers worked within a significantly different retail landscape,” said Kelly Hlavinka, Colloquy partner. Customer service, store environment and a wide product selection were the underlying factors for customers’ self-professed loyalty. But our 2010 index proves that the Great Recession became the great equalizer,” she said. “Two years later, customers view loyalty differently.  We’ve witnessed a profound change among consumers since the recession hit: Low prices have stepped up to become retail’s strongest loyalty lure, according to consumers. That is something which was simply not true in 2008.”

While Walmart clearly dominated most retail categories, other chains — including Kroger and Walgreens — did climb up the loyalty chart or make their first appearances, edging out 2008 loyalty leaders. Here are the highlights by category:

Kroger, which has adopted a customer-centric focus and used a customer loyalty program through the recession, was the loyalty leader in the Midwest. In the Southeast, Publix moved up to first place from its second-place showing in 2008. But the highly fragmented Grocery sector, where neither conventional nor discount grocers operate in every state, holds certain advantages for Walmart.  Walmart’s message of low prices and value resonates with customers – and its ability to deliver on that promise by leveraging its broad distribution network translated to first-place consumer loyalty ratings for Walmart in the Northeast and Northwest, and third-place finishes in the Southeast, Southwest and the Midwest, the report said.

Walgreens and Walmart are both noted first in the personal care category, with VS and Publix tying for second place.  In the mass merchandisers category, the regional chains BJ’s Wholesale and Meijer replaced familiar names such as Sears, Sam’s Club and Big Lots for top loyalty rankings in the important Northeast and Midwest markets. Costco continued to rank first in all other U.S. regions.

Walmart came in second in all but the Southeast, where it ranked third behind Target, which itself rated third in the rest of the country.

In the department stores sector, several chains that made the top three spot in Colloquy’s 2008 Retail Loyalty Index for department stores fell off the 2010 top-three list , including J.C. Penney, Dillard’s and Dollar General. As in other retail categories, these names were replaced in large part by Walmart and Target.

Walmart ranked first in customer loyalty ratings in the Northeast and Midwest, and tied with Macy’s for the top spot in the Southwest. In the Southeast, Walmart took second to Target, and in the Northwest it followed top-spotter Costco.

“With the recession acting like a second-stage booster rocket, Walmart has upended the status quo among its national retail peers by chewing into their last remaining frontier – customer-professed loyalty — at least for now,” Hlavinka said. “The glimmer of hope for retailers is that as jobless rates go down and consumer confidence returns, retailers may very well regain their footing – if they continue to work towards customer-centric solutions and more sustainable strategies rather than combating Walmart on low prices.” 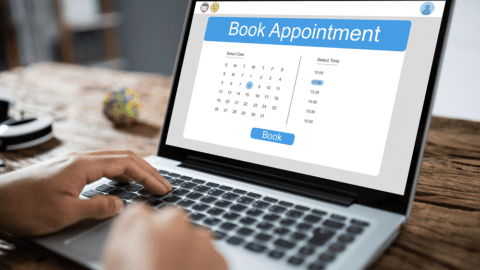