Walmart is commercializing its delivery platform with a new white label service — Walmart GoLocal — that will allow other merchants to tap into the delivery capabilities and nationwide coverage of the largest brick-and-mortar retailer in the U.S.

This is the fourth such offering Walmart has rolled out over the last two years as it seeks to diversify revenue streams and compete with Amazon, which JPMorgan predicts will overtake Walmart to become America’s largest retailer by 2022. Other third-party merchant services now available from Walmart include:

If these corporate moves sound familiar, that’s because they parallel the ecosystem Amazon has built with FBA, its advertising universe, AWS and Amazon Logistics.

Walmart’s new GoLocal delivery-as-a-service business is built on the retailer’s existing delivery capabilities, which, in addition to more traditional shipment methods, now include drones and autonomous vehicles. Over the last three years, Walmart has launched and scaled delivery and express delivery for more than 160,000 items from 3,000+ stores, reaching nearly 70% of the U.S. population.

“We’ve worked hard to develop a reliable last mile delivery program for our customers,” said Tom Ward, SVP, Last Mile at Walmart U.S. in a statement. “Now, we’re pleased to be able to use these capabilities to serve another set of customers, local merchants. Be it delivering goods from a local bakery to auto supplies from a national retailer, we’ve designed Walmart GoLocal to be customizable for merchants of all sizes and categories so they can focus on doing what they do best, leaving delivery speed and efficiency to us.”

GoLocal includes delivery on a range of assortments as well as the flexibility to meet varying timelines. Additionally, Walmart has promised that the service would “rapidly expand to offer additional innovative offerings.” It’s unclear whether, as with Amazon Logistics, merchants will be required to use Walmart’s fulfillment service to take advantage of GoLocal.

“In an era where customers have come to expect speed and reliability, it’s more important than ever for businesses to work with a service provider that understands a merchant’s needs,” said John Furner, President and CEO of Walmart U.S. in a statement. “Walmart has spent years building and scaling commerce capabilities that support our network of more than 4,700 stores, and we look forward to helping other businesses have access to the same reliable, quality and low-cost services.”

Walmart said it has already established a number of contractual agreements with national and enterprise retail clients and is currently accepting select new merchant partners. 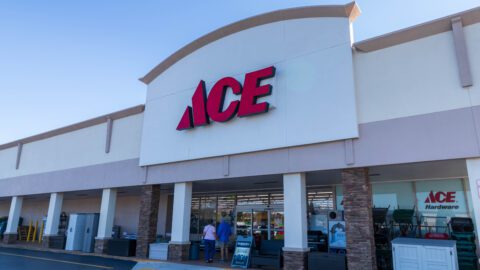