Mobility is a treacherous business. Cell phones only are used for an average of 18 months before dropping down toilets, falling off tables and general m-wear-and-tear drives consumers back into the buyers’ market. For fashion and trend-conscious consumers, this cycle is probably shorter.

Mobile folks are a fickle bunch. While some may be diehard Apple or Android loyalists, the masses swap the old for the new in rapid succession. Every time a screen smashes or a phone drops down a manhole or domiciles in a taxi (without you), there is a fresh opportunity for a handset manufacturer and an operating platform to woo the new shopper.

Of course, there is some stickiness; Consumers may be faithful to their Blackberry Messenger groups, the slick screen design of their iPhones or the price point of their Androids.

But when shoppers are back on the market, they tend to be unchaste.

It is not just the device. Apple has made sure that the consumers are well aware that they you want apps there is only one show in town. Developers worldwide are working hard to make sure that Apple and Android operating systems can market themselves and sell based on access to this wealth of content. Blackberry’s RIM Playbook and Hewlett-Packard’s webOS never stood a chance without a preexisting content library.

Apple’s marketing genius continues to position the iPhone as the aspirational handheld, while Google’s open-Android operating system on Samsung, HTC and Motorola continues to drive the bulk of smartphone sales. With Hewlett-Packard declaring defeat and RIM and Nokia under siege, it looks like a two-horse race.

But recently things have become a little difficult to track.Apple starts an IP war, litigating against Samsung and winning a stay of the release of its new TAB in Europe. Google’s purchase of Motorola, ostensibly for IP, suddenly makes the giant of the cloud a retail-bound cell phone manufacture. This forces Samsung and HTC Android loyal hardware partners to reevaluate their strategies and possibly further diversify their operating systems.

The pressure of the looming patent war and Google’s unsettling role in the device market is opening the door for Windows to reenter the market.

With the salvo of recent litigation, the Android operating system is turning into a liability. Open-Android does not come bundled with an indemnification for hardware vendors. The Windows Phone does! This is becoming an expensive problem for handset manufacturers. Samsung and HTC have found themselves paying for their own legal defense and on any ensuing royalty settlement.

In the background, Windows has been quietly enforcing its IP rights globally. Goldman Sachs analysts estimated that Microsoft will make nearly half a billion dollars in 2012 on royalties of $3 to $6 per Android device from vendors like Samsung and HTC.

Microsoft’s “Android” royalties is estimated to be TRIPLE the revenue earned on Windows Phone licenses.

With all these mobile machinations, Windows 8 may be powering your new device pick on the shelf next year. Microsoft may allow for light computing with more robust utility than Apple or Android.

Next time your phone-du-jour falls down the stairwell or is left at the bus station, a phone powered by a Windows operating system maybe the new flavor of the day. 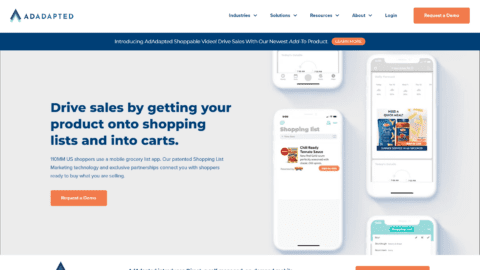