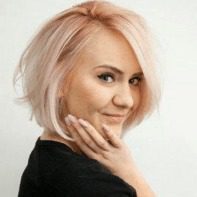 Leveraging influencers such as bloggers and YouTube stars to boost brand awareness and engagement has become the norm for many companies. What’s not to like? Research by McKinsey shows that word of mouth generates twice as many sales as paid advertising. Recruiting a blogger or influencer with a large social following to help promote your brand through word of mouth (and a pretty Instagram picture) can lead to more sales and higher conversions.

Generally, the term influencer describes someone who creates content for their own web sites and/or social channels. But celebrities are on a whole other level, and they may be hired to endorse a product or brand simply because of their large fan base. But what about the celebrities that go beyond the usual endorsements?

Take, for example, Kanye West, who partnered with Adidas on a creative level to design his own line of sneakers and athleisure, dubbed Yeezy, and who is currently working with the brand to expand the collection into brick-and-mortar stores.

Adidas’ partnership with West goes far beyond the standard celebrity posing for an ad campaign, as so many have done. The duo has created a company within a company that has reached cult status. The rapper’s first shipment of Yeezy Boost sneakers sold out in a flash (and continues to sell out). Now the shoes can be found on eBay for more than double their $200 price tag.

In late 2015, Forbes reported that Adidas’ revenue was increasing at an average growth rate of 3%. Once 2016 kicked off, the sportswear retailer announced revenue growth was up by 31% in North America alone. Could West be the cause? Maybe not entirely, but we’ve got to give credit where credit is due and it would be silly to say that West’s Yeezy line didn’t have some kind of effect on the brand’s recent success.

But what’s the reasoning behind the cult status, and how can other retailers deliver as successful a celebrity partnership as Adidas has done with West? Here are three ingredients to start with:

1. Get the celebrity involved from start to finish. Kanye West is a creative mind. Some may argue that he is a creative genius. Say what you want about a rapper, but you can’t deny that he knows fashion and is willing to go on an embarrassing Twitter rant to stick up for his beliefs. It’s one thing to hire a celebrity to promote a product on social media and star in a campaign, which can easily be perceived as inauthentic. It’s another to hire someone who is so in touch with a particular industry and has the connections to deliver everything from the concept to the finishing touches of a partnership. The fact that West’s designs aligned so perfectly with Adidas’ didn’t hurt either.

2. Be authentic. It’s not just a celebrity/brand partnership; West turned the Yeezy brand into an empire. He didn’t just show up to a few design meetings to give his input on how he wanted his sneaker to look. West went beyond that to create a full-blown clothing collection with Adidas, Yeezy Season 1 and the most recent Yeezy Season 2, which he showcased during New York Fashion Week. It was so clear that Adidas let the rapper have full creative say on the clothing and the way it was presented. Authenticity is really the key to a well-established celebrity/brand partnership.

Because of the success of the Yeezy x Adidas brand, the company recently extended its partnership with West to create a new business entity called “Adidas x Kanye West” and open retail stores. The stores will sell all Yeezy shoes and apparel, as well as new pieces that focus on “sport and performance.” Not bad for a celebrity partnership, eh?

3. Social media is king. Before the Yeezy Boosts even launched, the hype for them on social media was huge thanks to a certain celebrity family affiliated to West. Both Kim Kardashian West (79.2 million followers on Instagram) and Kylie Jenner (70.4 million followers on Instagram) shared photos of the new sneakers before they launched, generating close to two million likes combined. Need I say more?

Think of it this way: Adidas’ lifestyle brand handle @adidasoriginals currently has 13.5 million followers on Instagram. That’s a lot of followers, right? Right. But not as many as Kanye West and his family and friends’ social media following. If you look at the number of impressions the brand received from just Kardashian West and Jenner alone, a billboard and some magazine ad placements seem pointless, no?

Moral of the story is: find a celebrity that will put their heart and soul into the partnership, as Kanye West has done with Adidas. It’s a win-win for both the brand and the celebrity — as long as it’s authentic.