The U.S. Department of Labor’s Occupational Safety and Health Administration (OSHA) has cited Amazon for workplace safety violations at three of its warehouses, a decision that Amazon said it will appeal.

According to the agency, OSHA investigators found Amazon warehouse workers at high risk for lower back injuries and other musculoskeletal disorders due to the high frequency with which workers are required to lift packages and other items, the heavy weight of those items, the awkward postures required while lifting and long hours.

“Each of these inspections found work processes that were designed for speed but not safety, and they resulted in serious worker injuries,” said Doug Parker, Assistant Secretary for OSHA in a statement. “While Amazon has developed impressive systems to make sure its customers’ orders are shipped efficiently and quickly, the company has failed to show the same level of commitment to protecting the safety and well-being of its workers. Our hope is that the findings of our investigations inspire Amazon and other warehouses to make the safety and health of their workers a core value.”

OSHA said it also reviewed the on-site injury logs at the facilities in question and found that Amazon warehouse workers experienced high rates of musculoskeletal disorders. The citation letters sent to the facilities also state that OSHA found evidence that some injuries may not have been reported at all due to inappropriately staffed on-site first aid clinics.

Amazon faces a total of $60,269 in proposed penalties for the violations. An Amazon spokesperson told Retail TouchPoints that the company would be contesting the citations: “We strongly disagree with OSHA’s claim that we continue to ignore health and safety standards to protect workers,” said Amazon in a statement.

The company also noted that musculoskeletal disorders (MSDs) are the most common type of workplace injury across all industries, not just at Amazon — a claim that is backed up by research from the Bureau of Labor Statistics — and pointed to its public commitments to reducing MSDs through its partnership with the National Safety Council.

“We take the safety and health of our employees very seriously, and we strongly disagree with these allegations and intend to appeal,” said Amazon spokeswoman Kelly Nantel in comments shared with Retail TouchPoints. “We’ve cooperated fully, and the government’s allegations don’t reflect the reality of safety at our sites. Over the last several months we’ve demonstrated the extent to which we work every day to mitigate risk and protect our people, and our publicly available data show we’ve reduced injury rates nearly 15% between 2019 and 2021. What’s more, the vast majority of our employees tell us they feel our workplace is safe.

“We look forward to sharing more during our appeal about the numerous safety innovations, process improvements and investments we’re making to further reduce injuries,” Nantel added. “We know there will always be ways for us to improve even further, and we will — we’ll never stop working to be safer for our employees.”

OSHA’s investigation was launched following referrals from the U.S. Attorney’s Office for the Southern District of New York. In December 2022, OSHA cited Amazon for 14 recordkeeping violations as part of the same investigation with regard to the company’s failure to accurately record and report worker injuries and illnesses. 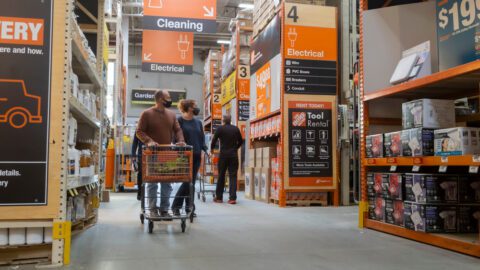