Voice Commerce: Stress Customer Value Both In-Store And At Home

For nearly a decade, the retail industry has been debating whether voice commerce is a passing buzzword or a viable, valuable engagement and sales touch point. However, recent announcements from Amazon, Apple and Google regarding their efforts to help manage the COVID crisis, coupled with heightened interest in contactless commerce, have renewed excitement around the potential of the spoken word.

Voice commerce, a subset of conversational commerce, allows customers to purchase products and services using a combination of mobile devices, smart home devices and voice commands. Under the voice commerce umbrella are three core applications that brands and retailers can leverage to stay top-of-mind with consumers:

The voice commerce phenomenon is largely associated with smart speakers — typically the Amazon Echo. Specifically, the device’s operating system Alexa has become a cultural phenomenon of sorts, even becoming the subject of a Super Bowl ad featuring Ellen DeGeneres. In 2019, e-Commerce giant Amazon proudly proclaimed that it had sold 100 million smart speakers since its original release a mere four years earlier. The company was able to double that number a year later.

Alexa’s growth extended into the broader smart speaker market, with category sales increasing 6% in the first quarter of 2020. Zion Market research predicts that the global voice-based smart speaker market will be valued at $30 billion by 2024. Currently, only 2% of smart speaker owners are currently ordering products through these devices, according to Brendan Witcher, Principal Analyst for Digital Business Strategy at Forrester. While this number doesn’t sound impressive, “what I always point out to people is [that] mobile only accounts for 3% of retail sales right now. Everybody has a mobile strategy but there’s not much commerce happening there — there’s a lot of researching and browsing.”

If this comparison isn’t enough to heighten urgency, consumers’ growing reliance on digital devices is expect to boost interest in the entire voice commerce category, including virtual assistants and voice-powered search. In fact, research from Microsoft indicates that 69% of consumers have used a digital assistant and by the end of this year, 75% of households will have at least one smart speaker. As a result, half of senior marketing and communications executives expect customers to use more voice communications to interact with companies moving forward, according to a survey from The Conference Board.

That is why Witcher and other industry experts believe that although other core areas of omnichannel strategy should take priority, especially due to the current climate, voice and conversational commerce should be top-of-mind going into annual planning.

If brands want to be top-of-mind in the smart speaker realm, they can roll out their own dedicated skill, which is designed to collaborate with branded apps. Domino’s earned praised for its skill, which allows consumers to easily order pizzas by simply shouting Alexa’s name. However, brands need to think strategically about whether they can add enough value for consumers to even want to engage with developing these offerings.

“When I talk to any brand, the strategy starts with: ‘can you add value for the consumer?’” said Matt Maher, Founder of M7 Innovations. “Voice right now is essentially two things, fun or functional. Is your skill entertaining? Is it surprising and delighting? Is it an overall cool experience? Or is it functional and a utility, like a shopping list or something that makes the [shopping] process easier? You shouldn’t build a skill, or anything, until you understand that value you’re trying to bring to the table.”

Another complication is that because the voice commerce market is still relatively untapped, retailers need to develop robust strategies that extend beyond one specific manufacturer, according to Maher. After all, consumers may want to build a shopping list using their Echo, access it via their iPhone and do the actual shopping through their grocer’s mobile app. Poor interoperability makes this experience clunky, even frustrating, for consumers.

“If you look at consumers, they’re dealing with Siri, Alexa and Google throughout their day,” Maher said. “They don’t want to worry about only being able to access the eggs on their list on Siri, and not on Alexa. We’re still in a race to see who the dominant player is and I think consumers are going to demand that we reduce friction. It’s up to the retailer to make sure they’ve covered all their bases, so they and their consumers are not beholden to a single voice player.”

Rather than relying on the big players in the smart speaker market, retailers can create their own voice-powered experiences by adding voice-powered search capabilities, live voice-to-text chat and service tools. For example, Mallama, a direct-to-consumer men’s skincare brand, implemented voice assistants to complement its e-Commerce shopping experience and guide consumers through the process on an as-needed basis. New innovations in this space may encourage brands to consider how they can create their own branded experience using voice.

“Alexa has her voice and we all know Siri — that’s starting to permeate with branding,” Maher said. “I think a lot of brands are trying to decide their brand sound and how that plays into voice. Then it’s about tailoring your search experience. I think when you’re talking about owned and operated digital properties like your own [voice] agent, you can really focus on that success rate. Because if you get the answer wrong once, you might get a second or third time, but then you risk consumers losing trust in your brand.”

Consumers already use their smart speakers, even their personal smartphones and laptops, to search for general information, from store hours and weather to advice on finding the right refrigerator for their new kitchen design. To ensure their products and content are at the top of voice search results, however, retailers should take a fresh look at their SEO strategy.

For example, 70% of all search queries in Google Assistant sound like natural speech, according to Google. However, natural language has a very different syntax than typed searches, which are generally based on a series of keywords.

Because virtual assistants and smart speakers use natural language processing (NLP) to acquire their results, they have to process and understand the context and intent of a question or request. For example, a typed search might read simply “red summer dresses.” A voice query could say “Show me red dresses for summer,” or “Show me summer dresses but only in red,” or “Where can I buy a red dress for a Fourth of July party?”

As a result, brands may have to look at their site content to ensure it addresses this new conversational approach, according to Chris Rodgers, founder and CEO of agency Colorado SEO Pros. “Incorporate questions into your content,” Rodgers advised in an interview with Retail TouchPoints. “This is typically most relevant with informational content. Look at any page for a specific topic and see if there are relevant questions that can track back to voice search.”

Despite these nuances, many SEO fundamentals still apply to the voice world. “The factors that will influence voice search rankings are in line with results that you have in regular search engines,” Rodgers explained. “If your page is listed in the top three results, you’ll likely have a top ranking for voice. Page speed is another big one, which is a traditional ranking factor.”

To maximize search results using voice, Maher recommends that marketers go through a hygienic assessment to see how their brands rank across devices. “If a consumer searches on Alexa, which sources from Bing, where do you exist from an SEO perspective?,” he noted. “How do you rank when they’re searching through Google or Siri? You have to see, if a prospect is seeking you out, what kind of information they’re going to have.”

As U.S. stores and shopping malls continue to reopen their doors, new safety and sanitary guidelines are designed to help minimize the threat of new COVID-19 infections. While retailers are largely requiring associates to wear gloves and masks and continuously wipe down counters and touchscreen technology, experts are considering the value that voice commerce innovation may bring to the in-store experience.

“Because of our new reality, some of our behaviors are changing drastically, like using an ATM or touching a sweater,” Maher said. “In terms of in-store voice, digital wayfinding is a real possibility. Being able to walk into a store and ask where the paper towels are, and hear through your hands-free earbuds that they’re in aisle seven, is a big deal. It’s like your in-store digital concierge.”

Maher’s example shows that voice represents a powerful input on its own. But when it’s combined with eye-tracking technology and touchscreens, consumers can take even greater control over the emerging contactless shopping experience.

“You can combine voice input with gaze, or where a consumer is looking on a screen, to gauge their attention and response,” said Andy Austin, founder and president of The Industrious. “You can combine those two things with an artificial intelligence (AI) engine against your product catalog so you’ve got a safe, beautiful, personalized shopping experience that is memorable beyond any four walls of any store.”

It’s an inspiring use case that paints a powerful picture for the future of voice commerce. However, Forrester’s Witcher believes that in the current climate, when so many retailers are struggling to get their core omnichannel offerings up and running, they’ll need to prioritize their efforts — and their budgets.

“The reality is you’ve got until September before back-to-school hits, holiday shopping starts and you have to bring back employees and hire more seasonal staff,” Witcher said. “You have three months. Are you going to be putting voice in stores? No, you’re going to focus on standing up curbside in time for the holiday season. You’re going to make sure you have the systems in place so suppliers can get products to you in case we have to shut down again. In this current situation, the reality is retailers aren’t champing at the bit to have another channel to manage.” 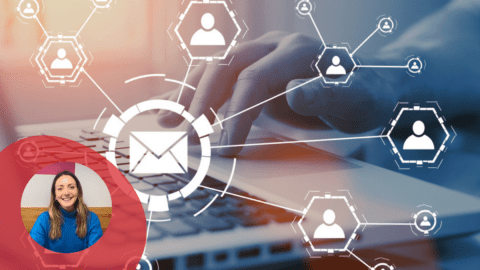 Is Your Email Marketing Software The Right One? 5-Point Assessment Guide