While retailers often turn to discounts and sales to drum up consumer interest, a lack of data behind the decision-making process can limit these promotions’ revenue-generating benefits. With the help of analytics software provider Applied Predictive Technologies (APT), Goodwill of Greater Washington was able to identify the shortcomings of its “Super Saturday” sales promotions, which helped the organization craft more efficient campaigns in its Washington D.C. stores.

When local Goodwill locations began to hit downward trends in sales, particularly throughout the winter season, the retailer decided to launch “Super Saturday” sales designed to offset the losses and bring more consumers into the stores. But the retailer began to suspect that while the promotions were building store traffic, they might not be achieving the goal of improving revenues.

“We quickly learned that the incentive, which is pretty large — 50% off of all donated items in the store — was driving huge sales on Saturdays,” said Brendan Hurley, Chief Marketing Officer at Goodwill of Greater Washington. “Over the course of time when sales continued to grow, we began to see what we interpreted as clear dips in revenue in adjacent days. But we had no sophisticated system of measuring the true impact of that on revenue. When APT came to us to offer pro bono research, we jumped at the opportunity because we knew that we had these questions in our heads that needed to be answered.”

Testing Against A Control Group

For this analysis, APT executed a test using a subset of stores that did not implement their classic “Super Saturday” sale as a control group, so that the team could accurately measure the effects of the promotion on transaction count and sales. As part of the test, the retailer assessed how basket size composition varied among stores that held the promotion and those that did not.

“We actually help them design and analyze in-market experiments that identify the impact of the programs, how to improve them and also where they are working better to truly value-engineer their investment,” said Sarah Zampardo, SVP of APT. “We receive all of the organization’s base-level data over a few-week stretch and integrate that into our data system. Over the course of a 24-hour period, the APT team works together in a ‘hackathon’-style data dive to answer specific questions for the organization’s executive team.”

The team presented their findings to various members of the Goodwill leadership team at a session held at APT’s headquarters in Arlington, Va. on April 1, 2016, in which they suggested to the nonprofit how to take action on those recommendations.

With the results from both subsets of stores on hand, Goodwill officials discovered that on average, the stores that did offer the promotion generated a significant positive impact on sales and transactions on the day of the promotion. However, these stores were shifting purchases away from other days of the week, diluting the overall effect of the sale. As such, the Super Saturday sale did not generate significant incremental sales for Goodwill in the long run.

While the promotion was successful at driving traffic to Goodwill stores, the team found that customers were simply purchasing the promoted items rather than browsing the store and buying additional full-price items. However, the retailer has since made the effort to focus its sales more on multiple-item purchases.

“Any time you offer a discount, your hope is that the average transaction is going to increase, because the customer will use that savings to purchase other items,” Hurley said in an interview with Retail TouchPoints. “Well, they weren’t doing that. That’s definitely going to change the way we make offers through our existing customer loyalty programs. Our discounts will now become a ‘buy one, get a discount with a second purchase’.” 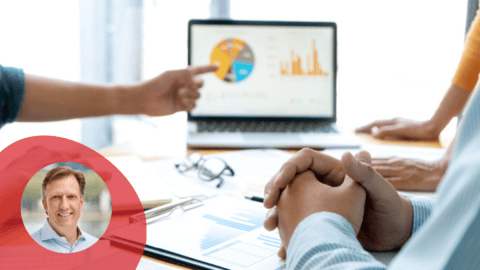