Alibaba has launched an English language web site for Tmall Global in a move designed to entice more international merchants and businesses to sell products on the Chinese cross-border marketplace.

The portal will educate brands about Tmall Global and selling in China, as well as allow them to apply to open a flagship store on the site, said Yi Qian, Deputy General Manager of Tmall Global in a statement.The site also offers instructions on how to use Tmall Overseas Fulfillment (TOF), an initiative that allows foreign brands to place products in the closest Tmall Global fulfillment center for sale on the platform. TOF is designed to give the brands a low-cost, low-risk way to assess the market before making a full-fledged entry into China.

Tmall Global will advise merchants on optimizing their operations after they establish a presence on the platform, and will provide analytics to help merchants fine-tune their product assortments to best capture the taste of Chinese consumers.

The marketplace already features 20,000 international brands in more than 4,000 categories from 77 countries and regions, and Alibaba wants to double the number of brands on the platform to 40,000 by 2022. Tmall also plans to launch versions of this portal in other languages, including Spanish, Japanese and Korean.

Prospective merchants can fill out a questionnaire and describe their business, and Tmall Global will contact successful applicants within 72 hours to discuss the onboarding process.

“In the past, our business-development team often had to meet potential merchants at trade shows or through personal introductions,” Yi said in a statement. “With the web site, merchants can contact us directly and the request will go to one of our team members, who are standing by to answer their questions.”

The arrival of increasing numbers of foreign brands coincides with the Chinese government’s pledge to bolster imports to more than $30 trillion USD over the next 15 years. Of course, this pledge coincides with the present U.S.-China trade war. President Donald Trump recently agreed at the G20 summit in Japan to hold off on new tariffs, but U.S. taxes on $250 billion in Chinese imports remain in place.

In May, after Alibaba reported Q1 earnings, Executive Vice Chairman Joseph Tsai said he is not concerned over the effects of the tariffs on the e-Commerce giant. “The trade negotiations will lead to China opening its markets to more foreign businesses in order to satisfy the massively growing demands of domestic consumers,” Tsai said during an earnings call. 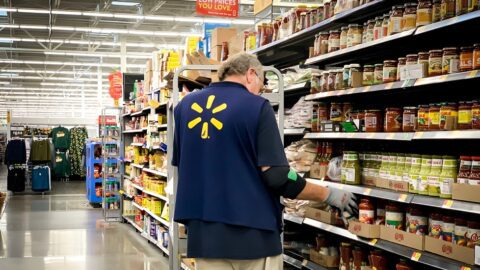