RICE 2022 Keynote: How to Turn Word of Mouth Into a Mighty Marketing Weapon

As a marketing tool, word of mouth outperforms paid advertising on multiple levels, according to Jonah Berger, a marketing professor at the Wharton School at the University of Pennsylvania. In his keynote at the Retail Innovation Conference and Expo in Chicago, titled Creating a Contagious Brand: How to Drive Word-of-Mouth and Influence in an Always-On World, he said “McKinsey reports that word of mouth generates more than twice the sales of advertising, and a dollar spent on word of mouth goes 10 times as far as a dollar spent on traditional advertising.” Additionally, business that comes from a customer referral generates a 20% higher Customer Lifetime Value (CLV) than other customer acquisition methods. “If we can turn our customers into advocates, they are more trusted, more targeted and more effective,” he said.

But what exactly is it about word of mouth that gives it such an outsize impact? Berger shared several of the social and psychological underpinnings that cause people to trust communications from their peers over paid messaging from brands. Some are basic truths: we’ve learned that advertisers are trying to sell us something, so trust (or the lack thereof) in the source is a fundamental hurdle that word of mouth doesn’t have to overcome.

Some elements are more subtle. “Social currency” is one of six key elements behind why people share information. “One way to get people to talk about us is to make them look good, because what we share is a signal of our identity,” equivalent to the clothes one wears or the car one drives, said Berger.

For example, “people love bragging about their frequent flyer status, what levels they’ve achieved and the perks that come with them,” said Berger. “What people want to say is that they’re busy, important and travel a lot, so talking about this is a way to brag without bragging — and the [airline] brand comes along for the ride. And people that have an American Express Black Card will pull it out at every opportunity, because status is only good if other people know you have it.”

Another way to boost social currency and the resulting word of mouth is, ironically, to let just a few people in on a secret: “Having access to information others don’t have puts you ‘in the know,’” said Berger. “People love being first, so giving them access to information, products or content that aren’t available to everyone,” is a good word of mouth strategy, he added, noting that “under-talking about things helps word of mouth; if there’s a lot of advertising, people assume that everyone knows about it.”

With Triggers, Timing and Context are Everything

Another way to generate word of mouth is to associate a message with a specific action people take or experience they have. Berger noted that “70% of purchase is consideration, which involves what people are thinking about at the point of decision.” He cited an experiment where a grocery retailer played French music in one store and German music in another. When hearing French music, customers bought more French wines; German music subconsciously pushed purchases of German wines and beers.

Marketers can multiply these types of triggers by associating products with more frequent events. “It’s about what’s in the environment that reminds people of you when you’re not around,” said Berger. An ad campaign that paired Kit Kat chocolate bars with coffee, calling them “best friends forever,” successfully raised awareness of the candy because of the higher frequency of coffee drinking.

Simply increasing the frequency of triggers is only part of the solution, however. Berger gave the example of reusable shopping bags, noting that a good portion of the time, consumers only think of them when they’re already at the store — rather than when they’re getting ready to leave for a shopping trip.

Marketers seeking to use triggers must answer these questions:

Understanding what, where, when and why people share thoughts and recommendations is critical, Berger noted. And while he acknowledged the power of social networks in digitally spreading word of mouth, he noted that most of it actually occurs offline: “By focusing so much on the technology, people often forget about the psychology.” 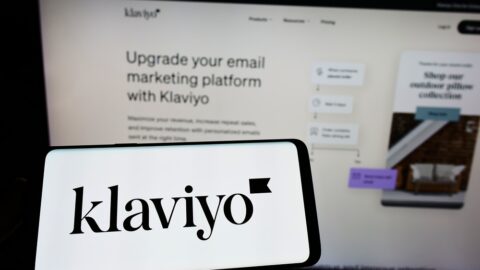