Results from Thanksgiving weekend confirm that e-Commerce and mobile accounted for more sales than any previous year, and industry experts predict that more consumers will turn to the web to shop through New Year’s Day.

“We’ve seen a stunning reversal over the course of the last 12 months,” said Michael Whitehouse, Senior Marketing Strategist at OpinionLab. “Not only has mobile commerce outperformed and taken center stage this year, from a traffic and sales generation standpoint, but brands are now actually nailing that mobile commerce experience. They’re nailing it both from the standpoint of somebody sitting on their couch purchasing something off their iPad, or somebody actually spending in a store, leveraging a smartphone app to augment the experience.”

The IBM Digital Analytics Benchmark also stressed the new reality of omnichannel retailing and how it affected holiday spending. The real-time benchmark broke down online sales throughout the weekend among four top retail categories, including: department stores, health and beauty, home goods and apparel. Approximately 40% of all online traffic on Black Friday, and 31.7% of traffic on Cyber Monday, came from mobile devices.

“The rich imagery [of Pinterest], particularly for retail items, gives people a sense of what these items are going to look like,” said Jay Henderson, Director of Strategy for IBM. “Combine that with a recommendation from a friend and you can start to see how it drives spending more directly than something like Facebook would.”

According to research from the National Retail Federation, more than one quarter (25.4%) of shoppers visited brick-and-mortar stores by at least 8 p.m. on Thanksgiving, up from 10.1% of customers last year. Conversely, reports from ShopperTrak calculated that in-store Black Friday traffic dropped by 11.4% in 2013, while retail sales decreased by 13.2%.

However, when adding sales on Thanksgiving and Black Friday, brick-and-mortar sales improved across the board, with retail sales swelling by 2.3% over the previous two-day period and consumers spending $12.3 billion, according to ShopperTrak.

“I think Black Friday has become less important in the consumer’s mind than it ever has in the past,” said Shelley Kohan, VP of Retail Consulting at RetailNext, in an interview with Retail TouchPoints. With more holiday shopping choices available, Kohan recommended that retailers improve interactions at the point of sale by offering personalized deals and offers, and integrating mobile experiences.

“If the consumer has to buy 10 gifts, they can get seven of them online and only have to buy three more gifts from brick-and-mortar retailers,” Kohan explained. “By nature of more options online, they’re making fewer trips to the stores. I think it’s just a matter of consumers making a conscious choice of which stores to buy from and which ones to visit.”

The 2013 holiday season is unique compared to previous years in that there are six less shopping days between Thanksgiving and Christmas, and for the first time in 125 years, Thanksgiving overlapped with Hanukkah.

These calendar shifts, coupled with a still uncertain economy left “a lot of retailers anxious,” according to Henderson.

However, consumers also are faced with additional pressure to buy, with a shorter deadline to Christmas Day, which may motivate continued and consistent sales.

“I think what we won’t see, like we’ve seen in years past, is a potential lull between Cyber Monday and Super Saturday (December 21),” said Ramesh Swamy, an advisor in Deloitte‘s retail practice. “We’ve seen lulls before in the past, but I think you’ll see a nice consistent pattern of spending because of the folks who would like to have more time but also feel like they can avoid the crowds.”

According to Deloitte’s 2013 Annual Holiday Survey, 37% of consumers complete the majority of their holiday shopping in December or later. The survey also projected a 12% year-over-year spending increase throughout the entire 2013 holiday season.

“Spending is absolutely emotional,” said Sarah Quinlan, SVP of Market Insights at MasterCard Advisors. “Last year, right after [Hurricane] Sandy, everybody thought people weren’t going to spend. Every single category, whether it was restaurants, movie theaters or specialty apparel, went up significantly because people just wanted the social experience of being out, shopping and feeling normal.”

While e-Commerce and mobile both are driving more sales than ever, the emotional and interpersonal facets of shopping in stores is a key reason why brick-and-mortar retail will never go away, Quinlan added.  “As much as e-Commerce continues to grow, it will never replace the social aspect of the store.”

Deals and promotions will continue through the duration of the holiday season, as consumers are more mindful of their spending, regardless of income levels, predicted Adam Pressman, Principal in the Retail Practice at A.T. Kearney. However, he noted that successful retailers will drive sales and engagement if they focus on the cross-channel customer journey.

“A majority of sales will continue to take place via brick-and-mortar stores,” Pressman said. “Understanding your customer’s journey, identifying the role of each channel and tying together communications and messaging across them will be more important than ever during this holiday time period as customers are juggling time and financial constraints and are craving effective, personalized, and value-enabled experiences.” 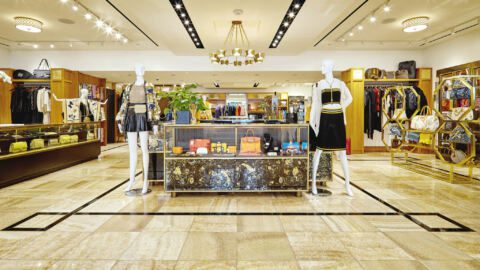 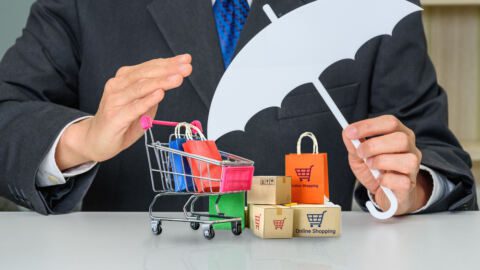