Retailers and brands expanding globally face a multitude of challenges, including POS and retail management, customer service in local languages and complicated tax requirements. As British fashion brand Ted Baker pursues its first stores in Tokyo in March and Beijing in June, “following local regulations and differing CRM strategies is one of our greatest challenges,” said Dustan Steer, Ted Baker’s CIO and IT Director, in a recent presentation.

Ted Baker has experienced significant growth in the past year and is preparing for additional expansion. Early in 2012 the company announced a 15.7% increase in retail sales for the eight-week period ending January 7, and a growth in average retail square footage by 7.3%, compared to the same period last year. The merchant also announced a six-month increase in U.S. sales of 74% to $16.7 million.

Overcoming Local Regulation Challenges
As the company has grown, Ted Baker has had to address additional challenges related to countries’ local regulations, CRM and data latency between sites. For example, every country tends to have different taxation or regulatory requirements, such as how much value-added tax must be declared. “When the tax collectors come calling, we now have a system in place that handles all those needs,” said Steer.

With experience in most regions of the world ― serving more than 1,000 retailers and 20,000 stores in 70 countries ― Cegid is able to help Ted Baker and other retailers with localized software. The CBR portfolio includes solutions for merchandise planning, forecasting, sourcing and production, supply chain, multichannel merchandise management, electronic POS (EPOS) and store management, CRM and loyalty and reporting.

Driven by its recent expansion to Hong Kong late 2011 and mainland China early in 2012, Ted Baker selected Yourcegid Retail to make dealing with complicated tax regimes and customer service in local languages more straightforward. The retailer also implemented CBR as an EPOS solution in its new stores in mainland China, and is using it to replace existing EPOS in Hong Kong and U.S. Steer said the success of the initial rollout in Hong Kong, leading to increased performance and efficiency, helped fuel Ted Baker’s further expansion in China. If tomorrow Ted Baker decides to open a store in Korea, for example, “we have a partner that helps us accomplish that,” reported Steer.

“With CBR, we will have an EPOS configured specifically for each country in which we do business,” Steer said in his presentation. “We selected CBR due to its international reach, localized installation and support teams, and one-stop shop it provides for our overseas EPOS. The solution also gives us the freedom to investigate EPOS extensions, such as gift cards and integrated EFT with global providers.” The higher levels of in-store service demanded particularly throughout Asia often requires more sophisticated CRM and VIP tools that support the gift card and loyalty schemes Ted Baker is considering.

In addition to its expansion to Hong Kong in 2011 and China, Tokyo and Beijing in 2012, Ted Baker is adding 13 concessions in U.S. department stores, including Bloomingdales, and will also open a new flagship store in New York in 2012, as well as a U.S. outlet store, all during 2012. The $298.2 million designer brand  recently announced after half-year sales in the U.S. went up by 74% to $16.7m (£10.8m), boosted by new concessions and strong demand for its clothes.

As previously reported by RTP, Cegid unveiled new features in its Yourcegid Retail software suite during the NRF Show in January 2012. These include solutions for improved mobility, CRM, inventory, replenishment and in-store human resources optimization. It showcased various advancements in mobile POS and wireless tracking devices for improved mobility around a store — as well as how tomorrow’s consumer will increasingly pay with smart phones, or use tablet computers and interactive displays to enhance the shopping experience. 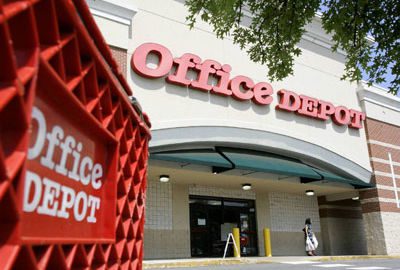