Direct Source announced that it has made available The NLSS Gateway from Next Level Security Systems, a developer of networked security solutions. The IP-based security solution is designed to enable retailers to benefit from the correlation of security data is integrated into a single appliance from multiple subsystems, including video management, access control, intrusion detection and video analytics.

Retailers are continuing to work to streamline backend operations, but there is a long way to go. On average, retailers are running more than 130 deployed applications, which are in turn supporting an average of approximately 6,800 end-users,  according to Aberdeen Research in an August 2010 report titled “Securing Your Applications.” Additionally, the number of end-users is growing at an estimated 6.5% per year. “Security and efficiency is critical, as more than 2 out of 5 (43%) of these applications are classified as likely to have a serious adverse affect on the business or its end-users in the event of a loss of its confidentiality, integrity or availability,” Aberdeen stated.

The NLSS Gateway, a 2010 ASIS Accolades winner, offers retailers a browser-based system to give users a comprehensive view of security operations and business processes. The NLSS Gateway can scale from a standalone unit to an enterprise-class system with features such as auto discovery and auto provisioning of edge devices. This system also offers remote management capabilities to allow retail loss prevention (LP) personnel to monitor operations from anywhere using a Web browser or mobile device.

“With this platform, we can offer our customers one cost-effective hardware and software solution that provides access to traditionally separate industry subsystems,” said Brad Fick, President, Direct Source. “This integrated approach means retailers save time and money on  deployment and execution, while gaining performance and scalability benefits throughout their stores.”

“Since wireless equipment is typically replaced on a six- to eight-year cycle in retail, our customers will likely maintain an installed base of 802.11a/b/g equipment alongside the new 802.11n devices,” Fick said. “Retailers need to use industry experts and partners to help understand the benefits and capabilities of the new wireless standard as well as options for implementation. This way, they can be sure that any changes result in a minimal impact to the network, users and bottom line.”

The Xirrus Wi-Fi Array standards-compliant architecture, which includes hardware and software, offers an overlay Wi-Fi capability and switched Ethernet replacement option on a one array to one switch ratio basis. 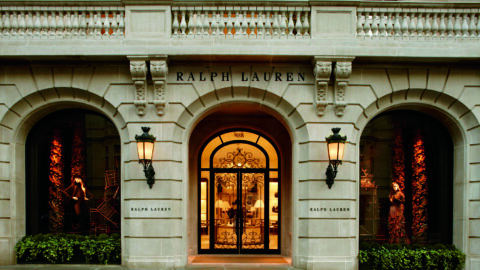