Macy’s hasn’t always had a reputation of thinking outside the box, but the department store is bucking its somewhat staid image with the introduction of a non-traditional business model — pop-up stores. “The Market @ Macy’s” pop-up stores will appear in 10 Macy’s locations across the U.S., according to a report from CNBC.

The pop-ups are part of a marketplace concept that provides pods of space to select brands and companies on Macy’s ground floor to promote or sell their products. Most, but not all of the brands will be unique to the city they are in.

Deviating from the typical pop-up experience, Macy’s staff will run the pop-ups, and the retailer’s sales associates will help provide customer service for the brands. After six months, Macy’s will assess the impact on brand sales, foot traffic and insights, and decide whether and where to expand the program.

Upon experiencing financial difficulties in recent years, Macy’s has reevaluated its real estate — whether through closing 100+ stores in 2017 and 2018 or partnering with Brookfield Asset Management to assess the future of existing stores. The introduction of pop-up stores in locations such as the Herald Square flagship store in New York and other major stores in Boston, Las Vegas and Fort Lauderdale, Fla. shows that Macy’s is set on bringing people back into the store through an entirely new experience.

“For many retailers, pop-ups are quickly becoming a critical part of the store experience reinvention journey,” said Vicki Cantrell, Retail Transformation Officer at Aptos in commentary provided to Retail TouchPoints. “Experimenting with pop-ups enables companies like Macy’s to go on a reinvention journey without making long-term commitments or investments, while also creating new touch points and fresh customer experiences. Pop-ups already account for more than $50 billion a year in retail revenue and I anticipate that they’ll continue to grow in importance as retailers try to figure out the best ways to weave technology and experiences into the shopper journey.”

Even mall operators are getting into the pop-up space as they see traffic continue to decline. Simon Malls launched a scalable space for brands in December 2017 called The Edit @ Roosevelt Field at Roosevelt Field Mall in Long Island, N.Y. Through this shared retail space, brands can test-drive physical commerce in front of a live customer audience, all while paying less than a traditional storefront.

The Edit provides fixtures and displays, security, marketing and even background music starting for as low as $500 per month, with some shared upside if the startup benefits from the space. Commitments range from one to six months.

Westfield Century City in Los Angeles launched a permanent 1,200-square-foot space dedicated to short-term pop-up stores as well as a way to serve as a place of discovery for shoppers, so that they can visit new experiences every time they return. 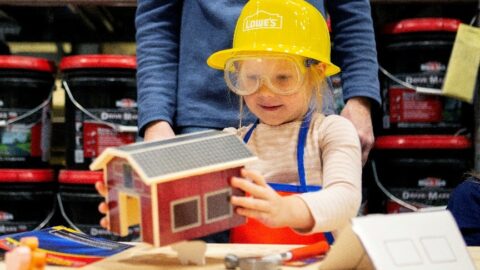