90% Of Retailers And Financial Institutions Want To Collaborate On Payments

New payment platforms and tools are launching on a consistent basis. In order to drive widespread adoption of new payment options, retailers, financial institutions and payment providers need to converge. Now, up to 90% of financial institutions say they want to work more closely with retailers and billing organizations to reduce payment costs, according to research from ACI Worldwide and Ovum.

The payments industry has a complicated value chain consisting of multiple stakeholders. This chain can become more complex as new payment touch points are thrown into the mix. However, 44% of organizations say they are already taking steps to, or would like to eventually, reduce the number of “fee-collecting” intermediaries in the value chain.

The report outlined four recommendations to organizations partaking in the constantly transforming payments market, including:

As many as 75% of the 691 retail respondents said they see payments as a clear part of their business strategy, and almost half (49%) of retailers have seen payment costs increase over the past 18 months.

However, security concerns are holding retailers back from investing more in their payments infrastructure, especially in the wake of the numerous retail data breaches between 2013 and 2014. In fact, more than half (54%) of retail respondents said they consider security considerations to be their most significant barrier. Other obstacles include the high cost of maintaining existing legacy infrastructure (43%) and customer protection requirements (40%). 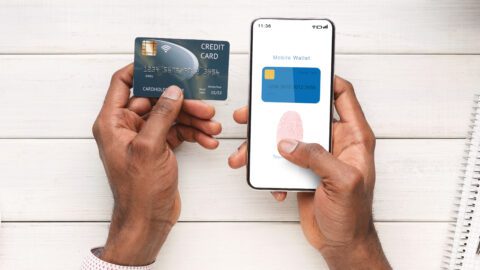