This story has been updated to include comment from Amazon.

Seller agreements that penalize companies if their goods are available for a lower price through a non-Amazon platform are at issue. According to the lawsuit, the agreements hinder competition from other retailers and ensure Amazon’s status as the dominant marketplace.

Bonta hopes that the lawsuit will force Amazon to cease these allegedly anticompetitive practices and recover damages for California consumers and the state’s economy. The lawsuit requests that the court:

In the U.S., Amazon counts more than 160 million members of its Prime service and approximately 25 million are located in California.

“For years, California consumers have paid more for their online purchases because of Amazon’s anticompetitive contracting practices,” said Bonta in a statement. “Amazon coerces merchants into agreements that keep prices artificially high, knowing full well that they can’t afford to say no. With other ecommerce platforms unable to compete on price, consumers turn to Amazon as a one-stop shop for all their purchases. This perpetuates Amazon’s market dominance, allowing the company to make increasingly untenable demands on its merchants and costing consumers more at checkout across California. The reality is: Many of the products we buy online would be cheaper if market forces were left unconstrained.”

An Amazon spokesperson defended the company’s practices in a statement, noting that a similar lawsuit filed by Washington, D.C., Attorney General Karl Racine in 2021, and dismissed in March 2022, failed to establish any wrongdoing. Racine has appealed the decision.

“Similar to the D.C. Attorney General — whose complaint was dismissed by the courts — the California Attorney General has it exactly backwards,” said the spokesperson. “Sellers set their own prices for the products they offer in our store. Amazon takes pride in the fact that we offer low prices across the broadest selection, and like any store we reserve the right not to highlight offers to customers that are not priced competitively.  The relief the AG seeks would force Amazon to feature higher prices to customers, oddly going against core objectives of antitrust law. We hope that the California court will reach the same conclusion as the D.C. court and dismiss this lawsuit promptly.”

Since being sworn into office in April 2021, Bonta has been taking on large retailers that are allegedly harming California consumers. In August 2022, Bonta won a case against Sephora after he accused the retailer of violating the California Consumer Privacy Act (CCPA). The ruling required the beauty retailer to pay $1.2 million and implement more transparent data privacy policies. 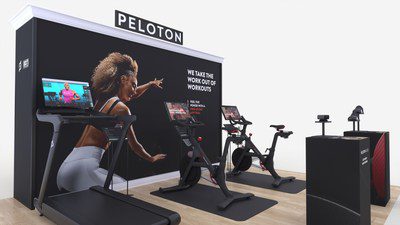