Social media is no longer just a place for building brand awareness or loyalty: it’s another potential storefront, a frontier where the customer journey can take on fresh new forms. There are approximately 3.2 billion active social media users today, according to Hootsuite. The major platforms have enormous audiences that are too big to ignore:

The vast majority of retailers already are active on social media, with 92% of brands using two or more channels, according to Brandwatch. However, engaging in social commerce takes greater effort than just maintaining a presence on a social media platform, and the process of delivering sales through these third-party sites carries its own unique risks and rewards. Joining social commerce early adopters such as Burberry and Target, are brands such as apparel retailer MM.LaFleur that are just beginning to explore this terrain.

This report outlines some of the benefits retailers can expect, and pitfalls to watch out for, as they expand into leveraging social networks to increase sales. Additionally, retailers should take note of four foundational rules for a successful social commerce strategy:

Not All Social Commerce Opportunities Are Created Equal

The majority of retailers and brands are increasing investments in social commerce, and 81% are prioritizing integrating social channels with e-Commerce, according to a survey from Bazaarvoice.

However, retailers and brands are discovering that certain items are better-suited for social commerce than others. Consumer packaged goods, beauty products and certain fashion brands show strong potential, but luxury retailers may find social commerce to be a less natural showcase for their products, according to Mike Froggatt, Director, Intelligence at Gartner L2. Larger, more expensive products might be ill-suited to an impulse buy on a social site, but that doesn’t mean retailers should ignore the opportunity.

“Big-ticket items that typically involve a lot of research and consultation from a sales associate are not as conducive for social commerce,” said Jeffrey Neville, SVP and Practice Lead at Boston Retail Partners in an interview with Retail TouchPoints. “However, social media does open the door for consumers to dialog with a retail associate to move them down the path to purchase.”

The choice of a social network can matter as well. Image-based platforms such as Instagram are the most to likely to become the basis for a meaningful social commerce segment, according to Deborah Weinswig, Founder and CEO of Coresight Research in an interview with Retail TouchPoints. “Aspirational lifestyle imagery” is an evolution of similar imagery in magazines, catalogs and web sites, which makes Instagram a potentially more valuable tool than other social media sites for categories such as apparel.

Regardless of the product or platform, the key to a successful social commerce strategy is making the process as frictionless as possible, according to Sara Spivey, CMO at Bazaarvoice. The single most important step is to optimize product pages for mobile, which is the channel where most shoppers interact with social media.

“More than half of product page views occurred on mobile devices last year, and 53% of shoppers abandon a mobile site if it takes longer than three seconds to load,” said Spivey in an interview with Retail TouchPoints. “With most social media activity occurring on mobile devices, retailers will lose shoppers if they don’t optimize their mobile shopping experiences first.”

Technology may finally have caught up to the demands of social commerce. Many social media platforms can now track sales directly, which is a huge advantage for retailers that previously used pre-defined media attribution models or algorithms that estimated how much individual shoppers were purchasing, according to Froggatt. With the actual sales figures in hand, retailers can better determine the proper levels of investment on each platform. But companies shouldn’t limit themselves to these basic metrics.

“When determining what KPIs to use, retailers should look at metrics beyond sales and conversions,” said Spivey. She recommended that retailers look at a range of mid-funnel metrics, including:

These metrics can “help gauge a shopper’s interest in purchasing something they first saw on social media,” said Spivey.

MM.LaFleur has used social media both for relationship building and driving incremental revenue, according to Neville. The retailer’s Instagram presence has been driving sales online, and it uses the tools provided by social media to empower in-store associates, inspiring trust in shoppers and helping them choose the right merchandise.

Facebook has been rapidly evolving its social commerce solutions, connecting retailers with Shopify. The tools let retailers host an online store on the platform featuring their entire product assortment, which can be combined with the benefits of tagging specific products, enabling images and video that can automatically be referenced inside posts.

“In many ways, Facebook has become more and more of a shoppable storefront, and people are used to being connected with the content they want, and clicking through to engage with it,” said Jesse Math, Group Director of Paid Social & Display at PMX Agency in an interview with Retail TouchPoints. “Facebook’s tools, which include Instagram, are designed to cultivate audiences through the funnel. We’re able to see more correlation from a full funnel view — you can run a video, retarget people that engaged to drive them to the site, and use Dynamic Ads to drive conversions.”

Match The Campaign To The Brand

Forsome brandswith an established retail presence on social media, the channel has been readily integrated as an additional e-Commerce platform with unique capabilities. Burberry, for example, is a social commerce early adopter, according to the DEEP DIVE: Social Media and Brands: Commerce, Connections and Customer Service report by Coresight. The fashion retailer was the first brand to sell beauty products through Twitter’s “Buy Now” solution in the U.S., launching the functionality during its spring/summer 2015 show, and it has continued to intertwine its retail efforts with social media.

Another early adopter was Target, which was one of the first retailers to run shoppable ads on Snapchat. Shoppers were given the option to make a direct purchase from a Target ad within the post by “swiping up” for more information. The retailer has since expanded its social commerce capabilities, including adding the ability to send friends gift balances on reusable gift cards through Facebook.

These retailers have matched their reputations to their social commerce presence — many of Burberry’s efforts have been launched during runway events, while Target focused on making shopping online even simpler and more accessible. They found success by taking approaches that brought their existing audiences along, building on the brands they’d already established.

Customers Understand Their Data Is Being Shared, But It Must Be Safeguarded

In the wake of the fallout from the Cambridge Analytica data sharing scandal, shoppers might be wary about sharing personal information. However, several analysts noted that data also can be stolen from or mishandled at traditional retail chains, and that most consumers understand the risks before they even engage with social platforms.

“We think this is something of a red herring: if consumers are concerned about how their data is shared and used, then they will not be using social media to put information about themselves in the public domain,” said Weinswig. “Social media is, by its nature, putting information about its users into the hands of tech firms and publishing that information online. We think most consumers understand this.”

Retailers also need to be ready to protect their brands on social media the same way they would on any other third-party platform. The products being sold are of known quality, and retailers need to be protective of their reputation.

Social commerce has the potential to open whole new avenues of revenue and advertising for retailers, provided they take the right approach for their brand and utilize the tools available. The technology is there, and retailers still have time to make their mark as pioneers in this up-and-coming channel. 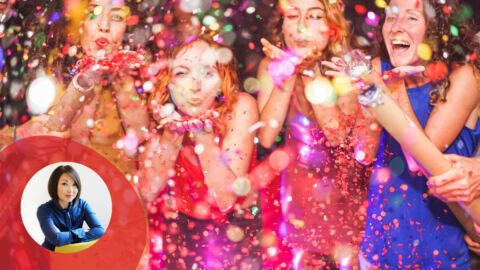 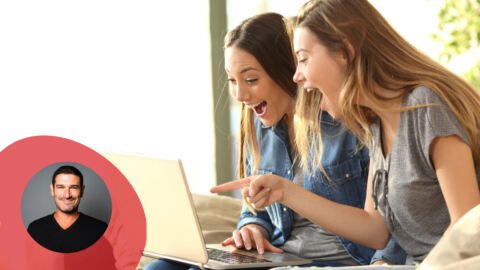