Walmart continues its mission to elevate its reputation in fashion with its new ThredUP partnership, which gives e-Commerce shoppers access to secondhand merchandise across the full spectrum of prestige — from luxury names such as Chanel and Prada to middle-market Ann Taylor LOFT and Lands’ End to affordable Old Navy and fast-fashion leader H&M. The ThredUP section of Walmart.com currently offers approximately 750,000 secondhand items in women’s and children’s apparel, accessories and footwear.

ThredUP started as a traditional online marketplace where consumers bought and sold pre-owned items, but it has expanded its scope to become a Resale-as-a-Service (RaaS) platform over the past year.

Walmart had been in talks with ThredUP for about a year before the partnership launched, according to a CNBC report. Retailers have lined up to partner with ThredUP — 87% of senior executives surveyed for ThredUP’s 2019 Resale Report said they wanted to test the resale market — because secondhand fashion is hot: 56 million women purchased secondhand merchandise in 2018, according to the report, a 27% increase year-over year, and 70%  of women have bought or are willing to buy secondhand products, according to data thredUP shared from its upcoming 2020 Annual Resale Report, up from 64% a year earlier.

ThredUP also has forged a variety of relationships with traditional retailers. With Gap and Macy’s, ThredUP has created a physical presence with in-store shops. It forged similar arrangements with JCPenney, which had been rolling out pop-up stores, and J.Crew, which featured pre-owned goods in its Madewell stores.

Because lack of product is a key factor limiting its expansion, ThredUP also has taken a more proactive role in sourcing secondhand merchandise through relationships with retailers such as Abercrombie & Fitch, Reebok and Reformation. In exchange for turning in their used merchandise, consumers receive shopping credits or loyalty points, or have donations made to charities.

To process the more than 100 million unique items that have passed through its distribution centers, ThredUP has invested in automation, and the marketplace also has developed proprietary technology to determine the value of any garment and algorithmically assign a resale price at scale.

Environmental concerns are one of the key factors propelling the secondhand fashion market, which is now worth approximately $10 billion, especially with Millennials and Gen Z consumers. Over its 10-year history, ThredUP says it has upcycled 100 million items, saving close to 1.74 million pounds of carbon dioxide, 7.7 billion gallons of water and 137 million pounds of waste. 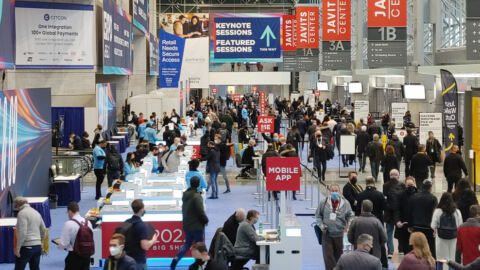 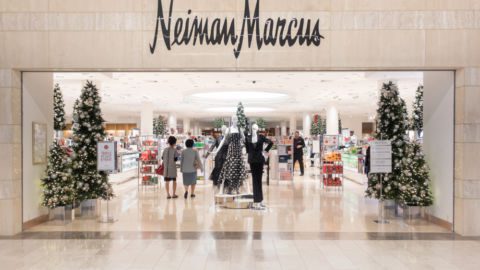