How Rent the Runway Boosted Talent, Sustainability and CX by Moving to the Cloud

For retail tech teams, the ultimate sign of success is, ironically, when their work goes unnoticed — there’s nothing worse than a site crashing after an upgrade or a buggy new feature that causes customer uproar. So the fact that Rent the Runway moved its entire IT infrastructure and ecommerce platform over to the cloud without anyone really noticing was a triumph for CTO Larry Steinberg and his team.

Even though the migration was essentially invisible, the results will be very visible to both shoppers and internally, in the form of:

Rent the Runway’s migration to Google Cloud took place on April 1, 2022, which might seem like tempting fate, but Steinberg said he and his team had “designed for failure” by taking their time with the transition, putting fail-safes in place for the migration moment and holding a “pre-mortem” to predict and prep for any possible negative outcome (an effort that ultimately was unnecessary because as Steinberg said, “it worked, and it just kept working.”).

The smooth transition was likely a welcome change at Rent the Runway, which has been on a rollercoaster ride the past few years. The pandemic hit the fashion rental company hard as homebound consumers opted not to refresh their wardrobes. Yet despite sharp declines in its business, the company moved forward with its IPO in October 2021.

Since then, the bumps seem to be smoothing out, helped by the fact that consumers are back at work and weddings again. Results from Q1 2022 saw revenue up 100% YoY, and subscriber numbers are back to pre-pandemic levels. Additionally, the company is continuing its push into the hot resale sector, most recently with a new partnership with Saks OFF 5TH.

Now the company — which sees itself first and foremost as a tech platform — has finished laying the foundation on which its future growth will be built. “Rent the Runway pioneered clothing rental for women, but in 2009 the tech just didn’t exist for this kind of platform and all the reverse logistics we do, so everything was built from the ground up,” said Steinberg in an interview with Retail TouchPoints. “[When I joined] about two years ago, one of the things that I expressed to the Board and executive team that would be critically important was moving to the cloud. We’re just four months in, and we’re already proving [the benefits] out every day.”

Not only is the current labor environment making it hard to find good help, but as omnichannel commerce evolves, retailers are finding themselves in more need of skilled tech workers than ever before. For Steinberg, one of the biggest upsides to upgrading to the cloud is how this will impact his ability to hire and retain top tech talent.

“My employees are excited,” he said. “We’re in an environment now where they can get resources quickly, and if they want to try something they can spin up a new environment easily.”

“The competition for tech talent is fierce within the retail sector, and Rent the Runway needs that great talent to be able to compete and win in a rapidly growing space,” added Drew Bradstock, Product Director for Google Kubernetes Engine, who worked with the company on its migration. “Developers want to develop and build, so if you can feed their appetite to do really cool things, you can attract more engineers into the company and continue to lead the market,” he said in an interview with Retail TouchPoints.

The job of Rent the Runway’s engineers just got more fun in another way as well — a lot of the grunt work has been taken off their plate. The company’s new Google Cloud environment — which is powered by Google Kubernetes Engine (a tech platform that manages systems workloads and services) — lets the retailer offload more mundane maintenance tasks so it can focus internal efforts on “the website, procurement, everything that makes it a good experience, instead of low-value platform work,” explained Bradstock.

“[Before the migration] we had a large infrastructure team that was responsible for managing all the infrastructure on the old data center,” explained Steinberg. “With Google that’s something that we don’t have to worry about. And it goes beyond that — there are a bunch of managed services that we can leverage to power our storefront search, the way that we store and leverage data and much more. So we can focus on our business, and anything that’s a commodity we can leverage [via] Google or open source or other technologies.

“Kubernetes also has the ability to sense when our technology is unhealthy, and it knows what to do to bring it back,” added Steinberg. “Instead of having someone get paged after hours and then they have to go figure out what’s wrong and fix it, this is naturally built into the system.”

The efficiencies that are a natural result of moving to the cloud also reinforce Rent the Runway’s sustainability efforts, which are crucial for a purpose-driven company like this one. Consumer demand doesn’t come in a steady stream, but rather ebbs and flows based on the time of day and season. With cloud infrastructure the system only uses as much resources as are needed in the moment, which saves not only energy but also money, since companies only pay for what they use.

“In the middle of the night, we actually don’t need all the services that power, for example, our fulfillment centers, but we do need that tech running in the middle of the day when we’re taking orders and shipping products,” explained Steinberg. “In a traditional hosted environment, the tech is just always on, and trying to change the [level of] resources is effortful. The Kubernetes technology gives us the ability to define some parameters and then the system automatically manages itself and scales appropriately based on customer and business demand.”

It All Comes Back to Customer Experience

Of course, the ultimate goal of a tech upgrade like this one is to improve your offering, and Steinberg now sees a wide expanse of opportunity in front of him to do just that. “Now that our infrastructure is modernized we can look at how to take that up our tech stack,” he said. “There are technologies we want to leverage that are managed within Google. Things like search — I mean Google knows a little something about search — so we’re working heavily in that area. And then there are things around how we store data and all the data science things we do.”

Steinberg also mentioned product discovery and fit tech as other areas the company would now be able to explore. He isn’t being coy with his lack of detail around what exactly might be on the horizon. The fact is, he doesn’t fully know, and that’s what’s so exciting about the cloud. This new kind of infrastructure allows businesses to be nimbler and more responsive so they can go wherever the consumer, company or industry winds blow them.

“[Cloud] gives Rent the Runway the platform to react to where their business is going and get ahead of their competition very quickly,” said Bradstock. “That’s critical these days with a changing economy and consumer needs. Now their teams can easily respond to all these changes going on within retail, and if you look at what’s happened even since their IPO, the market has changed greatly.”

Of course, new features and functionalities don’t matter if your site stops working, which is why Steinberg is equally excited about the reliability the cloud brings. Instead of being run off one set hardware system, Rent the Runway’s digital infrastructure is now distributed across Google Cloud’s systems. This not only vastly reduces the risk of failure; it also allows the company to have the resources to handle big spikes in traffic around peak selling times or if something they do goes viral.

“This transformation for us is about becoming more agile,” said Steinberg. “As we see customer needs, the industry and the business change, we have to be able to respond quickly, but we also need to do it in a way that can be long lasting.” 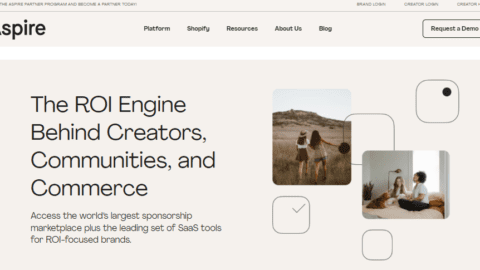 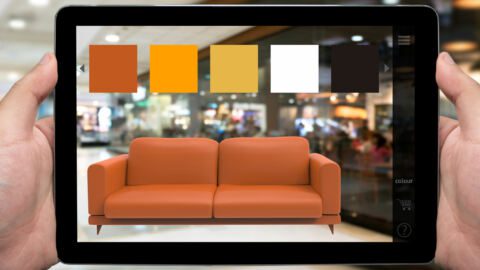 The 3 Pieces of Tech Every Ecommerce Operator Needs…Yesterday