How Resale is Driving the Reinvention of Luxury Retail

After “acceleration” and “pivot,” one of the biggest retail buzzwords to emerge in the last 18 months has been “circularity.” The term rose to the surface last year as 2020’s unique confluence of events drove consumers toward shopping alternatives that were both environmentally friendly and economically feasible.

In the retailX keynote session on Wednesday, Aug. 25, Geronimo Chala, Chief Client Officer at luxury handbag reseller Rebag, discussed the multiple ways the circular concept of “resale” is addressing the demands of a changing consumer — and in doing so, reshaping retail as a whole, particularly the luxury sector.

“The resale industry and this circularity concept is having a huge impact on multiple channels right now, not only ecommerce but the physical space, as well as shaping a new generation of consumerism,” said Chala, who revealed that his grandmother ran a consignment shop in New York City. Talk about circularity.

“The consumer is changing, the way that they purchase is going to change,” he said. “We need to change with that consumer and meet them where they are, and that’s why the resale industry is disrupting the entire retail landscape.”

Here’s what some of these changes look like, according to Chala:

“There was no other industry, really, that was growing at such an exponential rate during the pandemic,” Chala said. “Think about what happened during the pandemic — key partnerships like Gucci and The RealReal, investments into Vestiaire from full-price luxury retailers, IPOs during the pandemic, companies making $200 million in gross revenue and being valued at $2 billion. This is the reality of the resale industry, there’s quite a bit of disruption. If you’re not actually developing a resale concept into your full-price world you’re already behind the eight ball.”

Chala outlined the timeline of resale’s rise, beginning with the 2008 recession and the resulting reboot of consumers’ mindsets about spending. This event converged with the entrance of Gen Z into the consumer pool, a digital-first generation with fundamentally different concepts about ownership and money.

“There’s an emergence of a new generation whose wallets have grown, or rather they finally got their wallets,” he said. “[Gen Z] has this massive demand for luxury fast fashion, what we now call the ‘affordable luxury’ sector. Look at brands Sandro and Maje. Sandro and Maje in 2014 in the United States was opening one store every three days — that’s how much the demand was. This new generation is saying, ‘I have no problem buying a Chanel bag, but [I’ll be] wearing it with my Sandro and Maje or my Theory or my Vince, and I’m going to go get those Louboutin shoes.”

Additionally, this generation has a more educated and proactive approach toward finances than perhaps any other previous generation. At the same time, these young consumers have watched the success of what Chala calls “self-preneurs,” businesspeople rising to success on social media through a combination of innovation and charisma. Chala recounted hearing a couple of 14-year-olds on the subway discussing investing $15,000 in a friend’s startup, hoping to get a 2.5X return that could then be reinvested in another friend’s business concept. Those kinds of conversations certainly weren’t happening among teens in the 1950s or even the 1990s.

The Powerful Psychology of the Trade-In

“What’s making the resale industry so disruptive is there are multiple entry points,” said Chala. Resale houses are not only a place for consumers to shop but also to sell their goods. And in the case of Rebag and many other resale sites, there’s also a third option — trade. The ability to exchange products for “new” ones is fundamentally shifting consumer behavior as well as the accessibility of luxury products, explained Chala. In response, Rebag just launched an instant trade-in option in July 2021.

“Trade has become the center point of consumer engagement in the resale industry right now,” he said. “What we noticed is it allows the affordability to get [virtually] any product. For example, say a woman always wanted to have a Birkin bag. So instead of looking at the $10,000 Birkin that she was abandoning in her cart for the past three months, she goes into her closet, grabs all of her Chanel products and a few Vuitton products, comes to the [Rebag] store, gets an instant quote and buys a $45,000 croc Birkin. The only thing that she actually had to pay for was the $10,000 difference, so she took $45,000 in product and bought it for $10,000.

“Go to the mall, what’s Lululemon doing now? Trading,” he added. “Fabletics, same thing. There’s so much happening now with trade and being able to get credit.”

The New Role of the Store in Resale, and Luxury

As with much of retail, the luxury sector is reevaluating the role of the store in the customer journey, and Chala believes the shape that stores of the future will take will be influenced by behaviors emerging in the resale sector.

“Particular luxury houses never wanted to open an ecommerce website,” Chala recounted. “They would say, ‘No, we don’t do ecommerce. They have to come to the store and have this luxury experience.’ Well, the pandemic changed a lot of things — forced them to open up these ecommerce sites, forced them to change what the experience is and start addressing that conscious consumer.”

For his part, Chala believes the store still has a pivotal role to play, particularly because the circular aspect of resale requires retailers to be able not just to sell products but receive them as well.

“It’s not a matter of physical versus digital, it’s how do the two combine,” he said. “If the pandemic has taught us one thing, it’s that we want to go outside, we want human energy, we want experiences, we want connection. The physical location is not going anywhere.” 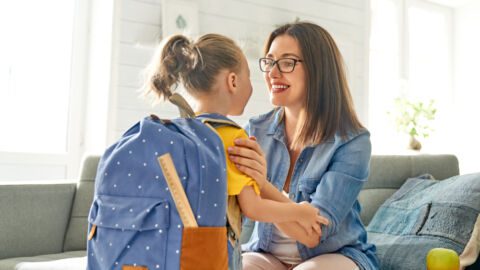