Exclusive Q&A: Is The AI Buzz More Hype Than Reality For Retail? 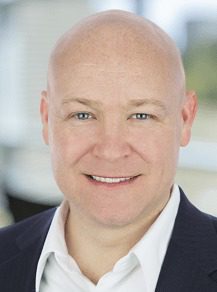 Artificial intelligence (AI) and machine learning were the blazing-hot buzzwords at the NRF Big Show in January 2018. But at least one industry expert, Forrester Principal Analyst for Digital Business Strategy Brendan Witcher, believes the AI excitement needs a reality check.

In an exclusive interview with Retail TouchPoints, Witcher agrees that AI is a powerful set of technologies with significant potential applications in retail, but notes that the key word is potential. To turn that potential into reality, retailers will need a number of things, including time; resources; safeguards; and most important, lots and lots of data.

Retail TouchPoints: In retail, where are you seeing AI currently being used with the most success?

Brendan Witcher: AI is being used in a number of operational areas, such as fraud detection, labor management and distribution. These are places where a retailer can get more bang for the buck with an AI investment. It takes some kind of machine learning/AI to collect the vast amounts of data for these complex operational scenarios, in order to figure out how to run a business in an automated way.

We’re not seeing as much with marketing and e-Commerce, which makes sense. They won’t risk the customer experience on something that’s unproven, but they are willing to let other parts of the business learn how AI works. This isn’t unprecedented — we saw it with cloud computing, where IT and operations adopted it first before the customer-facing departments did.

RTP: So AI has not really advanced as far as it seems to have?

Witcher: AI as a buzzword is stuck in a bit of a vicious cycle, because it started to get popular just to say ‘AI’. It also really took off when IBM announced its Watson solution. IBM said they would put a billion dollars behind their investment, and the media picked up on that, and then more companies started calling their solutions ‘AI’. Most of these are not true AI. They do involve machine learning, but they are using the same algorithms that they were 10 years ago. True AI means a tool that can operate without the intervention of a human being, and most don’t operate that way. You’ve got to remember that IBM began talking about this years and years ago, and also that nobody else has the raw resources and power to work on it that IBM does.

RTP: Where do you see the biggest growth areas for AI in retail?

Witcher: One of the best areas for AI is analytics, because it could allow retailers to move from predictive analytics to prescriptive analytics. Predictive analytics means you look at all the possible variables to create a desired outcome. So for example you might have a customer file that captures 200 things about each customer. It’s very hard for human beings to take just five of those variables and test them. You have to tweak one at a time, so the result is that you can only understand if you’re getting a better outcome, not the best outcome. You can’t look at all the data at once, but with machine learning/AI, you can. This move from predictive to prescriptive means that the tool looks at all the variables to give you the outcome that you want. If your goal is to increase top-line revenue, or to boost customer retention, it tells you ‘Here is the action you should take.’ And that’s something that can fundamentally disrupt a business.

RTP: What types of companies or organizations are in the best position to benefit from AI?

Witcher: Data-led organizations are the ones that will move ahead, because data is the new commodity that allows a retailer to be more relevant to its customers. Say a retailer believes customer churn is created by bad customer experiences. For a human being to look at all the hundreds of thousands of complaints that customers make — in chat solutions, calls to customer service, etc. — would be impossible. This data isn’t even structured in ways that a database can easily work with. But true AI is very good at working with customer data.

Here’s how AI can work. Say for example you operate a hotel. You may set up a system to call guests two hours after they check in, just to see if the guest is doing OK. Let’s say the guest’s response is, ‘I need another pillow, but I won’t be here long because I’m heading out to dinner.’ The automated solution would then be set up to say, ‘Would you like some recommendations for a place to have dinner?’ If 100 guests say ‘Yes, I would like a recommendation,’ the system learns that this is a good question to ask in this situation. If 100 guests say ‘No,’ the system realizes that maybe this is not the right question to ask.

RTP: What kinds of safeguards should retailers be applying as they move further into use of AI?

Witcher: To make an AI machine really work, you need lots of data — from inside the store, from mobile apps, from social networks, etc. Data is the gasoline that fuels AI, but it’s also where the real risk is. Companies have to be uber-responsible with how that data will be used. Retailers need to ask themselves: has the customer really given me their permission to collect this data? And also, how do I deliver it in a way that won’t creep people out?

To solve this, retailers should apply the Golden Rule from personalization solutions: Be overt about the reasons why you are collecting data: We would love to know your dress size, because if you share this information, we’ll make sure that when you come to our web site, we’ll show you products that will fit you perfectly. But be covert when you show them the best dress for them. Don’t overexplain how you know this is the right product for them.

RTP: Is the goal with such customer-facing applications to make AI be truly invisible, meaning the customer thinks they are dealing with an actual human being rather than a chatbot?

Witcher: We have years and years of research that show that’s not a good idea, going all the way back to virtual agents used in the early 2000s. There’s a very high risk if a customer thinks that it’s a person talking to them, and then the machine says something insensitive. For example if you’re in town for a funeral and the virtual agent says ‘Have a good time’ — if the customer thought that was a person saying that, they would be highly offended.

RTP: What’s the global picture when it comes to AI applications?

Witcher: Globally you see AI being applied faster in the Asia-Pacific region. To some degree that has to do with China and the way their government works: Privacy is less expected and surveillance is more tolerated. In the U.S. and even more so in the UK, you’re very restricted in terms of what you can capture about customers, and consumers need to be very aware of what you’re using. Data is the key to AI, so the use of AI will grow in global areas where it’s available, and also in industries where data is abundant. In financial services, for example, institutions have to know who you are, so the data is all there. It’s easy to use AI for fraud protection. But in retail, the majority of interactions can be anonymized and/or faked. Overall, AI will gravitate to areas where data is both abundant and accurate.

RTP: Is there a real danger that AI might take away people’s jobs, particularly in areas like marketing?

Witcher: It’s a commonly expressed fear that AI will replace workers, that companies will be run by machines. But true AI takes a lot of work. Retailers like The North Face and 1-800-FLOWERS.COM took months just to get their AI solutions into beta. True AI is like a child. You can’t teach a child algebra in a week. Additionally, for AI to continue to run, it needs to have a stream of data to learn. It’s not just a flip of the switch and you can let half of your staff go, particularly on the customer-facing side.

E-commerce and marketing professionals are risk-averse about turning things over to a machine, and they should be. Can you imagine the disaster on a Black Friday weekend if an AI solution created an email that offended people? Or recommended products that the customer already owned? Or lowered prices so that a retailer found they were selling everything for under a dollar? AI is not a ‘set it and forget it’ technology for powering the customer experience.

Understand that I’m not knocking the concept of AI or saying that it doesn’t have value. But the reality is that each individual business needs to ask itself if it has a fundamental problem that can only be solved by AI. That problem might be applying analytics to all that unstructured feedback from customers. When a company is thinking about AI investments, they have to ask whether it will create something that’s incrementally net new business, because developing true AI is a fairly time- and resource-intensive project.