Crumbs Closes Its Doors: Is The Cupcake Boom Crumbling? 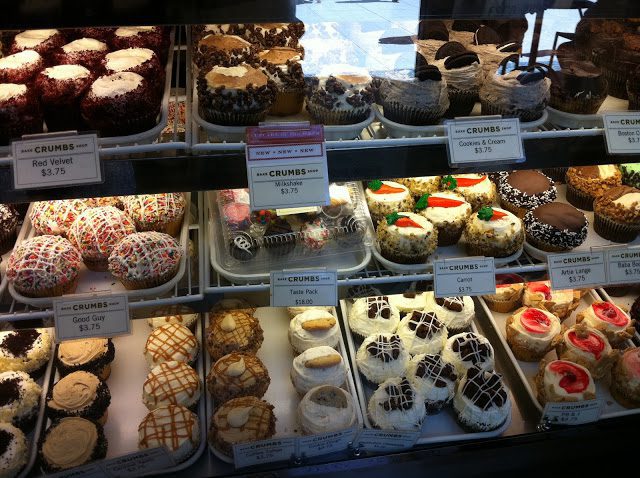 There’s no way to sugar coat it: The cupcake craze may be coming to an end. Crumbs Bake Shop announced on Monday that it would be shuttering all stores, effective immediately.

“Regrettably Crumbs has been forced to cease operations and is immediately attending to the dislocation of its employees while it evaluates its limited remaining options,” the company reported in a statement to the Wall Street Journal.

The New York-based bakery chain opened its first storefront in 2003 and subsequently acquired 65 locations in 12 states.

After Crumbs went public 2011, share price peaked at $14, but over the past few months, share price dropped to a low of $1.70. Last Tuesday, NASDAQ delisted the retailer because of its failure to meet the required $2.5 million shareholder equity minimum.

Although Crumbs executives blame Hurricane Sandy for store closures and $700,000 in lost sales, industry experts argue that the cupcake trend has faded out, leading to the company’s demise.

“I think that the cupcake trend is over,” said James Dion, Founder and President of Dionco, in an interview with Retail TouchPoints. “It was weak to begin with, and quite frankly, difficult to eat, over-priced and did not fit into very many lifestyles. It is one thing to have very different flavored donuts (bacon, caper, basil etc.), which consumers will try and maybe even like — when tastes change, the plain and chocolate donut is still there as a great snack item to go back to.”

The cupcake craze kicked off in the early 2000s, after specialty cupcake chain Magnolia Bakery was featured on the TV show “Sex and the City.” Featuring a narrow product category in a competitive marketplace, as more cupcake shops opened and more brands emerged, customer interest started to decline steadily.

A Price And Value Issue

Increased saturation and poor customer loyalty led to the end of the cupcake fad, according to Bonnie Riggs, a food service analyst at NPD Group. “Except for a few companies, the trend is dead. You have market saturation because everyone hopped on the bandwagon, and then you have high price tags. With market conditions the way they are, the target demographic for cupcake companies are too narrow; it skews too female and too affluent.”

With the average cupcake at Crumbs costing approximately $4.50, repeat customers were few and far between, Riggs explained. “It’s very pricey. The thought behind Crumbs had a lot to do with purchasing cupcakes for special occasions. But if you buy a dozen of them, you get a check of $60.”

Overall, consumers get very little value for the amount of money they spend on specialty cupcakes, Riggs noted. Because the price-to-value ratio is so skewed, they don’t appeal to less wealthy consumers in less metropolitan areas.

“To be sustainable in the restaurant industry, businesses need one third of their customer base to be loyal and account for 60% of sales volume,” Riggs said. “Businesses can’t survive on trials or one or two visits a year.”

Consumers’ increasing distaste for high-end cupcakes also may be a result of a more health-conscious society. Crumbs quickly became well known for four-inch cupcakes, some of which totaled 780 calories and 36g of fat.

“The size of the cupcake that they sold really bucked the 100 calorie movement for snacks,” Dion noted. “It was kind of an in-your-face attack on healthy, and that kind of attack only can be sustained for a short time.”

As consumers move away from cupcakes, they seem to be gravitating towards healthier alternatives. Frozen yogurt shops have been on the rise over the past few years, and already are becoming a go-to destination for consumers of all ages.

Whatever the next trend, potential business owners should tread lightly and carefully, Dion warned: “Beware trendy items. This does not mean that you should not capitalize on it — you should — but not every trend deserves 12 or more locations. Some are just great with one. Make your money and realize that all good things will come to an end in the world of trends.”

That’s the way the cupcake crumbles.