J. Hilburn Brings Personalization To The Store With NYC Pop-Ups

Menswear brand J. Hilburn is focused on optimizing the art of personalization. With more than 3,400 “stylists” nationwide, J. Hilburn relies on this network to generate brand awareness, build a strong clientele and sell a vast assortment of apparel.

But that doesn’t mean the stylists do the lion’s share of marketing. Quite the contrary: J. Hilburn is poised to address challenges associated with engaging and marketing to current and potential stylists, as well as engaging shoppers. To address these two significantly different marketing goals, the brand has adopted a variety of physical retail strategies, including trunk shows, showrooms and most recently, pop-up shops.

“We asked ourselves: ‘What role could a physical space play in bringing new stylists to the business?'” explained James Burgess, Sales Director at J. Hilburn. “We wanted to create a place for stylists to bring new and potential clients, as well as potential stylists.”

Most importantly, J. Hilburn wanted to “put a face on the brand,” Burgess explained in an interview with Retail TouchPoints. “We wanted to show people what J. Hilburn looks like in an actual space.”

J. Hilburn also wanted to expand its physical presence. Previously, all of J. Hilburn’s in-person events were held close to its headquarters in Dallas, Tex. But by partnering with The Lionesque Group, the brand was able to bring build more personal relationships with stylists and consumers in the New York City area. Starting in Oct. 2013 with a SoHo pop-up, J. Hilburn has tapped The Lionesque Group as a strategic partner to refine its brick-and-mortar strategies and maximize stylist and customer engagement.

“With our first pop-up, we knew we wanted to get press and build awareness,” Burgess said. “We wanted a cool address and there was a lot to offer in the SoHo area. Our store was street-level, had plenty of room and we were able to hold events and have that brand interaction we were seeking.”

Although J. Hilburn picked out the location, The Lionesque Group helped find interior design partners and develop the overall aesthetic of the pop-up environment by planning events with complementary brands.

At first blush, the SoHo pop-up was a tremendous success. J. Hilburn also garnered a wealth of insights regarding what was successful and what needed further refinement. A key finding was that most of J. Hilburn’s current customers who commuted to the New York City area worked in Midtown.

“It was difficult to get these target customers to come downtown,” noted Melissa Gonzalez, CEO and Founder of the Lionesque Group. “Although J. Hilburn acquired some new personal stylists and drew in a lot of tourists, they weren’t getting their current customers in the door.”

For the second year, J. Hilburn opened its New York City pop-up at the Refinery Hotel in Midtown. The pop-up also was open for a month, significantly longer than the two-week run time for the SoHo shop.

A ‘Made To Measure’ Experience

For the latest pop-up, which opened in the fall of 2014, J. Hilburn created an immersive experience that focused on its “made to measure” messaging. When consumers entered the store, they were greeted by a stylist, measured and were able to place their orders, which were delivered to their home at a later date.

Because the pop-up was open for an entire month, consumers were able to have their first interaction with the brand, then revisit the pop-up if they were happy with their purchase and in-store experience and wanted to buy more items.

“We had a lot more face time with clients this time around, so we were able to get a lot of feedback,” Burgess said. “This allowed us, from a corporate learning standpoint, to understand how stylists interacted with clients throughout the different phases of the buying journey.”

To promote the New York City pop-up, J. Hilburn relied on highly proactive marketing tactics. Initially, the brand reached out to its existing client base in the tri-state area via a dedicated email that promoted the store.

“We also set up an interactive schedule so they could go into the system and book an appointment with a stylist,” Burgess explained. “We wanted to give them a strong call-to-action immediately. Each of the following three or four email campaigns included headers about the pop-up and encouraged them to make appointments.”

Additionally, J. Hilburn used retargeting ads, provided Refinery Hotel guests with special coupon codes that they could use in the pop-up and encouraged brand partners to spread the word on social media.

“We were really pleased with our results this past fall,” Burgess said. “We understand the need for a tactile experience and are looking to come back to New York City in the next year. We’re also looking at how to enhance our trunk shows by applying the lessons learned from the pop-ups.” 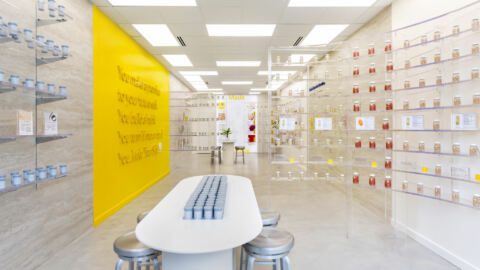