Griffith will bring 30 years of retail experience from luggage and fashion brands to the role, giving him an ideal background for a brand that has been in desperate search of a financial turnaround. Lands’ End experienced a $7.2 million net loss in Q3, with retail segment net revenue dipping $15.6% to $39.3 million, with the company controversially deciding to sell its products on Amazon.

Since Lands’ End’s only independent brick-and-mortar presence lies in its 16 “Inlet” stores, much of its sales are tied to the success of its presence within Sears locations. With the department store in freefall over the past few years, Lands’ End’s hands have been tied as far as improving sales outside of the e-Commerce site, making Griffith’s hill that much harder to climb.

Griffith served as CEO, President and a member of the board of directors of Tumi from April 2009 until its sale in August 2016 to Samsonite International, where he now serves as a non-executive director. Prior to his work at Tumi, Griffith held C-level executive positions at fashion brands Esprit Holdings and Tommy Hilfiger.

“Jerome is an exceptionally gifted leader with an impressive track record of spearheading growth and expansion at several iconic apparel and consumer goods companies,” said Josephine Linden, Chairman of the Board of Lands’ End. “Over the course of his career, Jerome has demonstrated a special talent for innovation in design and functionality to attract new customers while upholding the quality, value, service and products that current customers love.” 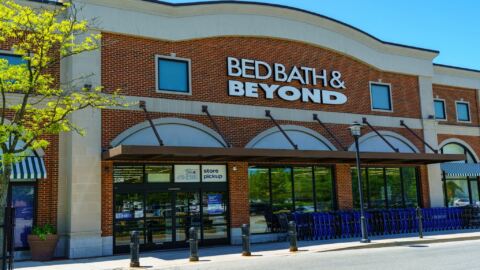