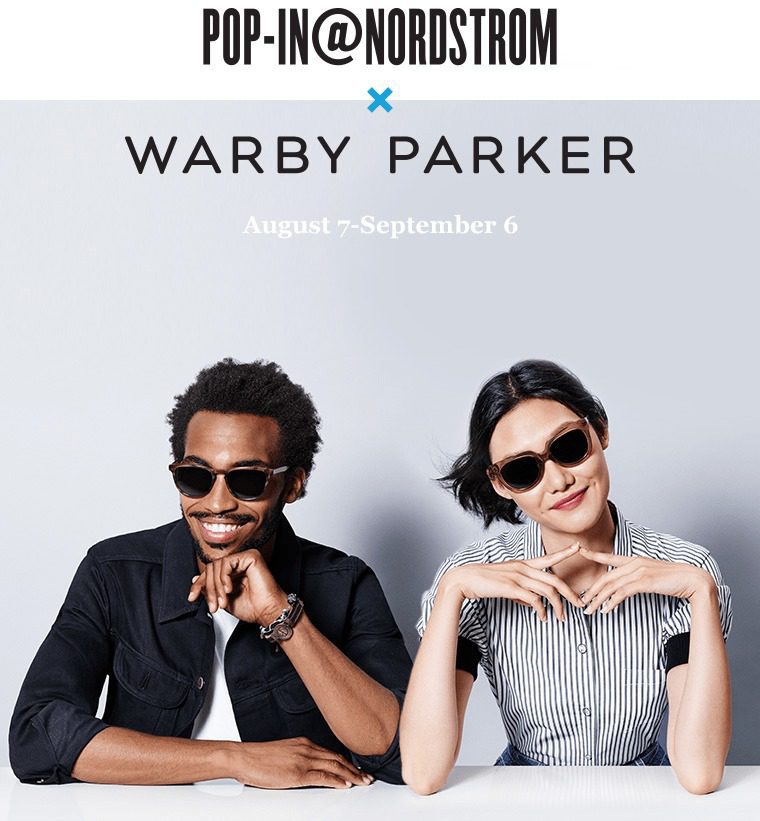 For the first time, Warby Parker will sell its eyewear through another national retailer, partnering with Nordstrom as part of the retailer’s Pop-In@Nordstrom series of “pop-in” shops.

The six pop-in shops, which have been home to Warby Parker products since August 7, are located at the following Nordstrom stores, as well as online: Bellevue, Wash., Seattle, Wash., Los Angeles, Calif., Dallas, Texas, San Francisco, Calif. and McLean, Va.

Warby Parker will sell its eyeglass products and other items at the pop-in shops until September 6, 2015.

“The two of us [Warby Parker and Nordstrom] have a lot in common—a shared reverence for offering impeccable customer experiences, a keen interest in pounding new retail pavement, and a love of design,” Warby Parker wrote in a company blog post. “We hope you’ll swing by.”

Pop-In@Nordstrom is an ongoing series of themed pop-up shops created to shine a spotlight on designers and brands that otherwise wouldn’t be sold at Nordstrom stores. Brands included in the rotation are curated by Olivia Kim, Director of Creative Projects at Nordstrom.

Initially an e-Commerce exclusive retailer, Warby Parker now operates 13 brick-and-mortar locations across the U.S., in addition to six showrooms. Dave Gilboa, Co-Founder of Warby Parker, said in an interview with Fashionista that he sees the pop-in model as a way to introduce the brand to a new customer base.

“We’ve always had a lot of respect for Nordstrom as a retailer, in particular their emphasis on providing great customer service,” Gilboa said. “It’s better than any other large-scale retailer. We’ve had conversations with other national retailers, but none of those partnerships felt like they made sense from a customer service perspective.”