Active users on Alibaba’s China retail marketplaces increased by 22 million in Q3, reaching a total of 779 million. Mobile monthly active users reached 902 million, an increase of 21 million from the previous quarter, and purchase frequency also increased in Q3 across all city tiers.

One driver of this growth was increased penetration in less developed areas, led by Alibaba’s discount shopping app Taobao Deals. The app now has 100 million annual active users and saw more than 100 million active users on mobile in December alone.

“China was the only major economy to achieve positive GDP growth last year. Thanks to the rapid recovery of China’s economy, Alibaba had another very healthy quarter,” said Daniel Zhang, Chairman and CEO of Alibaba Group in a statement. “We achieved another successful 11.11 Global Shopping Festival by stimulating consumption, satisfying consumer demands and supporting the business recovery of merchants in response to the impact of the pandemic. Our cloud computing business continues to expand market leadership and show strong growth, reflecting the massive potential of China’s nascent cloud computing market as well as our years of investment in technology. Looking ahead, we are confident that we will continue to create value for our customers, lead with innovation and make our contributions to society.”

The 12th annual 11.11 Global Shopping Festival — a.k.a. Singles’ Day  — was extended beyond a single day for the first time in 2020, running for 11 days from Nov.1 to Nov. 11, 2020 in an effort to reduce the supply chain pressures that are generated by sharp sales spikes. The results were pretty staggering:

Alibaba’s cloud computing operation played a key role in the success of the Singles’ Day festival; the company had migrated its ecommerce businesses onto the public cloud a year ago. At its peak during the festival, Alibaba Cloud processed 583,000 orders per second. The division achieved positive adjusted EBITA for the first time in Q3, with revenue increasing 50% year-over-year to RMB 16.1 billion ($2.5 billion). In reporting the results, the company pointed to the scalability and security of the cloud infrastructure as key facets not only of Singles’ Day success, but also the future potential of the division.

The company briefly addressed recent crackdowns by anti-trust regulators, saying in a statement that an anti-monopoly investigation is ongoing and the company is “fully cooperating” with the State Administration for Market Regulation in China.

“We have established a special taskforce with leaders from our relevant business units to conduct internal reviews. We will further update the market when the investigation is concluded,” the company said in a statement.

Alibaba also touched on the suspended IPO of its financial services affiliate Ant Group. “On November 3, 2020, Ant Group announced the suspension of its proposed dual listings and initial public offering on the Shanghai Stock Exchange STAR board and the Hong Kong Stock Exchange,” said the company in a statement. “Due to recent significant changes in the Fintech regulatory environment in China, Ant Group is in the process of developing its rectification plan, which will need to go through the relevant regulatory procedures. Therefore, Ant Group’s business prospects and IPO plans are subject to substantial uncertainties. We will update the market once Ant Group has completed the relevant regulatory procedures for its rectification plan.”

In addition to its China business, Alibaba made major inroads internationally across a number of its divisions in Q3:

Grocery was also a focus area for Alibaba in Q3. In October, the company completed its acquisition of a controlling stake in Chinese hypermarket operator Sun Art Retail Group. Alibaba then introduced a number of technology improvements designed to digitize the grocer’s offline traffic, align online and offline inventory, broaden the supply chain network and increase online purchases. In Q3, online purchases accounted for 24% of Sun Art’s sales, a majority of which Alibaba says were driven by its digital technology. 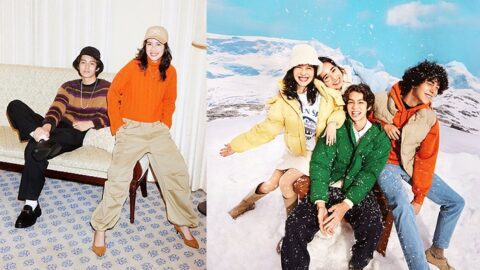