While retail as a whole appears to have weathered the so-called apocalypse, a number of companies have been unable to take advantage of the current economic good times. For brands like Sears and Toys ‘R’ Us, bankruptcy has seemed like the inevitable end for months, if not years. For other brands, their Chapter 11 filings have been surprises — at least to outside observers. And for retailers such as Claire’s, which is now emerging from bankruptcy, the procedure has given them enough breathing space to slim down, refocus and try again.

There were 18 high-profile retail bankruptcies in all of 2017, as reported by Business Insider. So far in 2018, Retail TouchPoints has reported on 12 high-profile bankruptcies. (Toys ‘R’ Us filed for bankruptcy in late 2017, but its liquidation processes have been finalized this year.) Here’s a recap:

Sears finally filed for Chapter 11 bankruptcy protection in October, following several years of troubled performance. The retailer will keep approximately 700 Sears and Kmart stores open during the process, while 142 unprofitable stores will be closed and liquidated by year-end. Sears hasn’t turned a profit since 2010, and has lost a combined $11 billion cumulatively since 2011. Annual sales have dropped nearly 60% in during that time frame, reaching $16.7 billion.

Mattress Firm entered bankruptcy proceedings in October, shuttering up to 700 of its 3,500 stores during the lead-up to the holiday season. The company plans to improve its product offering, open new stores in new markets and strategically expand in existing markets upon emerging from the restructuring.

Brookstone was purchased by Bluestar and Apex in October after filing for Chapter 11 bankruptcy protection in August. The new owners will continue operating the retailer’s e-Commerce business, wholesale division and 34 airport stores, which have been performing well.

National Stores Inc., a discount retailer that operates primarily under the Fallas banner, filed for Chapter 11 bankruptcy in August. The company closed 74 of its 344 stores and worked with vendors, lenders and other creditors to reorganize. The lenders committed $108 million in debtor-in-possession (DIP) financing to keep the remaining stores open.

Rockport Co. filed for Chapter 11 bankruptcy protection in May, and sold itself to Charlesbank Capital Partners in July. The retailer was $287 million in debt when it entered restructuring, which it blamed on a “costly and time-consuming separation” from former owner Adidas.

Nine West Holdings filed for Chapter 11 bankruptcy in April, and was purchased by Authentic Brands Group for approximately $350 million in June. The proceeds from the sale will go toward paying down some of Nine West’s approximately $1.5 billion in debt.

Claire’s officially emerged from Chapter 11 bankruptcy in October after filing for protection in March, following the elimination of approximately $1.9 billion of debt from its balance sheet and gaining access to $575 million in new capital support. The retailer continued operating its stores during the restructuring process.

Bachrach, a menswear retailer that has operated since 1877, closed its remaining 14 stores in eight states in March as part of its third bankruptcy filing. The company’s inventory was liquidated on behalf of its creditors.

Southeastern Grocers shuttered 94 stores as part of an agreement with creditors in March, while the remaining 582 locations continued operating without interruption. The retailer planned to exit bankruptcy within 90 days following the restructuring.

The Walking Company filed for its second bankruptcy in a decade in March. The retailer entered restructuring with key creditors that included a $10 million equity investment and $50 million in bankruptcy and exit financing, which allowed its stores to stay open during the restructuring period.

Tops Friendly Market filed for Chapter 11 bankruptcy protection in March. As of Dec. 30, 2017, the supermarket had $1.18 billion in liabilities, with $977 million in assets, along with an “unsustainable” debt load. Tops received court permission to close underperforming stores as part of its restructuring in May, according to Supermarket News.

Bon-Ton Stores filed for Chapter 11 bankruptcy in February. The retailer failed to make a $14 million interest payment to lenders in December 2017, and has not posted a profit since 2010. Bon-Ton’s physical stores were liquidated by a joint venture composed of bondholders Great American Group and Tiger Capital Group.

Toys ‘R’ Us officially filed for bankruptcy protection in September 2017, but the liquidation of its stores didn’t begin until March 2018. However, the company may not be gone forever: the brand may get a second life as a store-within-a-store concept called Geoffrey’s Toy Box. 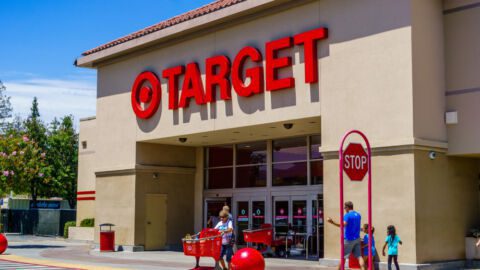