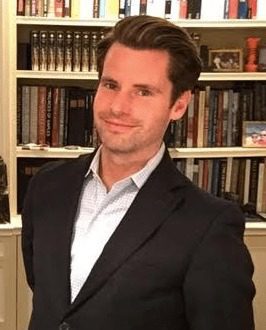 To some degree, there’s no need to visit a brick-and-mortar store in 2016.

In sections of New York City, for instance, you can get everything you need from Amazon, from trampolines to  a T-bone steak for dinner. And yet, late last year the online retailing giant began expanding into brick-and-mortar with a bookstore in Seattle’s University Village. With headlines proclaiming brick-and-mortar stores heading rapidly towards obsolescence, Amazon’s move may seem puzzling.

The fact is that consumers like to go shopping, and Amazon’s surprise move underscores the stubborn persistence of the store experience. Many consumers view it as entertainment and a scientifically proven mood lifter, as well as an opportunity to get out of the house, rub shoulders with fellow citizens and maybe try some free samples.

Consumers will always crave a physical in-store experience, and, if retailers adapt and innovate, technology can be used to elevate the brick-and-mortar experience — not drive it into extinction. Savvy companies are realizing this and are using data, mobile and in-store technologies to enhance the experience.

Using Data To Bridge The E-Commerce And In-Store Divide

Imagine a typical customer, Alice. Since smartphone penetration in the U.S. is now around 77%, odds are that Alice has a smartphone. A few years ago, marketers would have no idea that the Alice they interact with on her iPhone is the same Alice they interact with on her desktop. Now, cross-device targeting has improved to the point where marketers have a much better picture.

Alice is aware that she is giving away data about herself, and she wants something in return. What exactly? A 2015 Accenture survey shows 57% of customers want real-time promotion offers based on their data.

Data can be used in other ways as well. For instance, an hour after Alice returns home, she might get a message from the store thanking her for coming. The message might include the song list she heard during her time there, along with a coupon, in case she wants to visit the store again. This helps complete the synergy between the online and offline experiences.

As we know, though, shoppers aren’t just looking to save money. Otherwise, they’d just shop online. There’s a sensory element to shopping that includes the music playing at the store, the aromas of perfume or food and the items they pick up and touch in the store. Just as people can summon an endless stream of content via Netflix or Amazon in their own homes and yet still enjoy going to the movie theater, there’s something about the “theater” of retail that still drives people to brick-and-mortar stores.

A well-targeted video, designed for the smartphone, can augment that experience further. Imagine Alice sees pumpkins on display and an in-store sign directs her (via a QR code or in-store beacon) to a quick video outlining some interesting recipes that include pumpkin. Or, she might see a pair of pants and then watch a video showing how those pants might look in certain ensembles. With Alice’s permission, the retailer might also send her a message notifying her that other customers usually buy a specific shirt with those pants.

This is a new approach. Digital outreach has long been seen as a closed loop that primes a customer to make a purchase. Once the consumer leaves the door though, the only way to gauge the success of a digital ad campaign is to look at overall sales.

Thanks to mobile, this is no longer the case. Marketers can now continue and enhance the conversation they start on desktop onto mobile right up to the store counter, and then follow up afterwards.

Some retailers are going even further. Rebecca Minkoff’s Los Angeles store, for instance, includes a “magic mirror” touchscreen that lets customers try on a dress and see how it might look at night or in a different color.

Burberry, another forerunner in in-store innovation, also announced a “Burberry Booth” at its Regent Street flagship store in London that lets customers film their own versions of the brand’s ad campaign. Using a green screen, the 15-second films can give the illusion that the shoppers are appearing alongside celebrities like Romeo Beckham, James Corden and Naomi Campbell.

The possibilities for innovative in-store digital experiences are largely untapped, and as endless as the imagination.

Such technologies are merely the beginning. It’s clear that, in order to thrive, retailers must focus on bridging the online and offline worlds. For consumers, the retail experience is about more than just buying things. It’s also entertaining and fun. Marketers should use all the digital tools at their disposal to make it more of both.

James G. Brooks, Jr. is the founder and CEO of GlassView, a mission-driven video platform set out to change the way advertisers reach top influencers and get their videos watched, engaged with and shared. During his 11-year career in Digital Media, Brooks’ work has spanned from agency to publisher to now running the technology platform of GlassView. He has risen through the ranks of the publishing powerhouse Conde Nast, where during his tenure he executed the majority of U.S digital advertising campaigns for Vogue and Wired online. Subsequent to Conde Nast, Brooks ran Business Development and Strategic Partnerships for Guest of a Guest. Most recently, he was at the London based startup Unruly Media, where he continued to foster his relationships with global 100 publishers and Fortune 500 advertisers, mastering the intricacies of running successful video campaigns.