CNBC: GameStop Replaces CFO for Being ‘Too Hands Off’ as it Prepares Corporate Staff Cuts

GameStop has named Diana Saadeh-Jajeh, the retailer’s Chief Accounting Officer, as CFO, effective immediately. She replaces Michael Recupero, who has been terminated. Recupero was reportedly pushed out by Chairman Ryan Cohen “because he was not the right culture fit” and was “too hands off” as the company prepares for a round of layoffs as part of an aggressive turnaround plan, a person familiar with the matter told CNBC.

The layoffs were reportedly announced to employees in a memo seen by CNBC. They will be on the corporate side rather than impacting associates and store managers, according to the person familiar with the matter.

“After making more than 600 corporate hires in 2021 and the first half of 2022, we have a stronger understanding of our transformation needs,” said Matt Furlong, CEO of GameStop in the memo. “This has positioned us to right-size headcount across several corporate departments. Today, we’re making a number of reductions to help us keep things simple and operate nimbly with the right talent in place.”

Furlong also told employees to expect constant change “as we evolve our commerce business and launch new products through our blockchain group” in an effort to achieve sustained profitability. This will include eliminating excess costs and “operating with an intense owner’s mentality” that will require all employees to “embrace a heightened level of accountability for results,” as well as “making a significant investment in our Store Leaders and field employees”

The investment in store staff may be the biggest change, as GameStop has been pivoting away from its brick-and-mortar operations since it started its current turnaround effort in June 2021. Its actions have focused on the digital world, including redesigning its app, hiring people with backgrounds in ecommerce and blockchain gaming and planning to launch an NFT market by the end of Q2 2022.

All these changes were reflected in GameStop’s Q1 2022 results: Software segment revenue jumped 21.6% year-over-year to $483.7 million, while Hardware and Accessories revenue declined 4.2% to $673.8 million due to supply chain bottlenecks and temporary store closures. The quarterly results constituted an overall positive sign, but analysts noted that GameStop has a lot of work ahead of it.

“Despite future growth prospects on the digital front, we remain skeptical about the company’s ability to stay competitive and will continue to monitor how GameStop performs in this saturated market,” said Dilantha De Silva, author of Leads from Gurus in an earnings analysis. He added that “just because GameStop was involved in the meme stock saga last year, we are not ready to look past the positive developments.” However, ongoing challenges include disruptive competitors in the video game space as well as more traditional players like Walmart and Amazon seeking greater market share.

GameStop isn’t shy about using its meme stock status to its advantage. The retailer approved a four-for-one split of its Class A common stock on June 18, 2022, which increased the number of shares and make them more affordable to retail [non-professional] investors. The move caused its stock price to jump 8%. 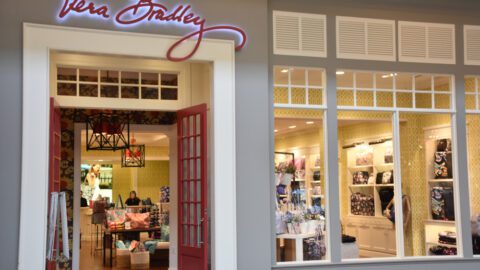