Retailers including Pier 1 Imports, Urban Outfitters and Mattress Firm plan to skip rent payments in the wake of the COVID-19 pandemic until their stores reopen, with Pier 1 citing a recent court ruling that could help justify its withholding rent.

In late March, a New Jersey judge approved Modell’s Sporting Goods’ request to pause its bankruptcy until the end of April, allowing the retailer to forgo rent and other required payments. The ruling is significant because even in bankruptcy, tenants are expected to pay rent on time, unlike many other obligations such as bond debt.

Now, retailers both in and out of bankruptcy court are informing landlords that they’re cutting or withholding rents, as customers shelter at home and states order non-essential merchants to close.

An estimated $20 billion in monthly retail real estate rents was due as early as April 1, according to Marcus & Millichap, a commercial real estate services and consulting firm.

Despite the ruling, debates on this topic between retailers and real estate operators will undoubtedly continue. U.S. mall owner Taubman told its tenants that they must pay rent even during the coronavirus pandemic. The company said it still has its own obligations to meet, such as paying lenders on mortgages and paying for utilities, but did note that it is open to negotiating with individual retailers based on their ability to pay. Taubman, Simon Property Group and Westfield are among those that have closed malls across their portfolio in response to the pandemic.

On the other hand, Publix announced a plan to offer rent relief and other breaks to closed businesses that are tenants of the 282 shopping centers owned by the grocer.

Urban Outfitters, which includes stores under its namesake brand as well as the Anthropologie, BHLDN, Free People and Terrain banners, revealed that it would suspend rent payments temporarily when it furloughed a substantial number of store, wholesale and home office employees for 60 days starting April 1.

In the time since both Urban Outfitters and Mattress Firm declared their intention to skip rent, there has been no public word on responses from the landlords of either retailer.

While major retailers are having trouble figuring out where they can conserve cash in the short term, small businesses are likely to be under much more significant pressure to pay on time. Approximately 30% of more than 1,000 respondents across retail, restaurants, auto repair and other small businesses reported making no rent or mortgage payment in April, while 20% said they had made only a partial payment, according to a poll conducted by Alignable, a small business social networking company. Only a quarter of respondents said their landlord or bank offered a reduction or deferral on what they owed. 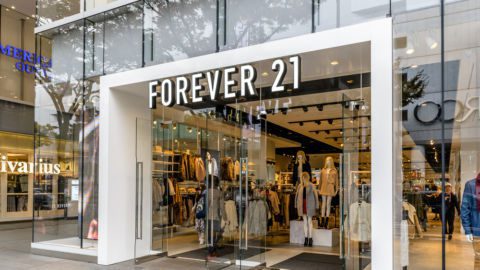