As Malls Reinvent Themselves, Department Stores Will Need to Rethink and Redesign

It’s no secret that malls are struggling for relevancy. Once the “it” hangout spot for elderly mall walkers and teenyboppers alike, many malls have been left in the dust by rapid shifts in the way consumers live, work and shop.

In mid-2021 Moody’s Analytics predicted that of the roughly 1,000 or so traditional malls left in the U.S., 20% would close or go through a “major repurposing” in the very near future, and other analysts have predicted closure rates closer to 30%.

With those kinds of numbers one could be forgiven for thinking the mall is as good as dead, but that is not necessarily the case. “Malls came about as a response to suburban living,” said Jim Cohen, VP at SBLM Architects in an interview with Retail TouchPoints. “With suburban sprawl we lost the town center and that gathering space you traditionally found in cities. The solution was the mall. Retail is always about reinventing and changing, and the malls that are going to be successful today are the ones that cater to that same concept of being an urban center, a place to go.”

As the American mall undergoes a period of radical reinvention, department stores are being brought along for the ride. It’s not just that they are no longer the go-to anchor for mall environments; they are also being forced to reimagine their own value proposition to consumers.

“As department stores and retailers change, the central question is how do you bring people back?” said Andrew Brezina, Senior Associate VP at global design firm CallisonRTKL in an interview with Retail TouchPoints. “It’s going to need to be a little bit of everything. Department stores used to have restaurants, now they’re putting restaurants back in. You’re starting to see more coffee, more food offerings, demo kitchens. Food is great, but it also can’t be all about food. You’ve got developers and the retailers working hand in hand to bring events to these spaces as well, things like fashion shows in the department stores.”

From Shopping Center to Living Center

Neither Brezina nor Cohen think the mall is dead, but both agree that in order to survive it must become more than just a shopping center.

“We’ve got more retail in this country than we need, so this is actually a great opportunity for a lot of these centers to reinvent themselves with hospitality, with healthcare, with community offerings,” said Brezina. “We’re starting to see a lot of big [department store] anchors dropping the amount of boxes they have because they can’t support them, there’s just too much duplication. Those big boxes that are left over can be redeveloped for a whole host of uses.”

In fact, the new world of Work from Home presents a unique opportunity, because more people now have the flexibility to visit malls during what were traditionally work hours. Shopping centers that create spaces for home-based employees to work, eat or just simply get out will be able to capitalize on this major shift in the American workforce. “Nobody wants to sit at home 24/7 so these local malls become even more important — maybe that becomes your workplace or you go have lunch there,” said Brezina.

Adding these kinds of work-live-play opportunities also expands the utility of these massive complexes: “It’s all about attracting people who aren’t there to just shop,” said Cohen. “Maybe they’re there to see the doctor or work out. The more successful transitions will offer close to a 24/7 operation. If that anchor converts to a movie theater or an office or a fitness center, those extended hours are going to support the retail and restaurants better. This is the opportunity that developers have to take advantage of, although they may have to rework their pro formas [cash flow projections] and rental rates [if they start] attracting more people.”

These changes do mean though that department stores will no longer be the anchors of many malls, or even the main attraction.

As an example, Cohen pointed to The Falls shopping center in Miami, which will open a Life Time fitness center in 2023. Described as an athletic and social destination, the center will include a “resort-like” pool deck and poolside bistro in addition to the workout equipment and fitness studios one would typically expect.

“The Falls was built probably 25 to 30 years ago, and they’ve had the traditional Macy’s and Bloomingdale’s anchor setup, but now they’re building a huge Life Time at one of the ends,” said Cohen. “The idea is that it’ll be a kind beach club/fitness center, so you’re not just going there to work out. It’s a great idea to try something like that. They’ve got the land and all the infrastructure and parking, you’ve just got to now entitle the new use.”

The MainPlace mall in Santa Ana, Calif. took a different tack recently with the addition of residential apartments, and fellow SoCal center Laguna Hills Mall cut its retail space in half to make room for a hotel and residential housing.

Only one department store (Saks Fifth Avenue) anchors American Dream in New Jersey, heralded as a new breed of experiential retail center. Its other anchors consist of a Nickelodeon-themed amusement park, a water park, two miniature golf courses and an indoor ski complex.

“We grew up in an age where anchors were big box retailers, but people are tired of that, they want something different,” said Brezina. “Now it can be healthcare, entertainment, education, a sports complex for local schools — it could be thousands of different things. That’s the beauty of what we’re going to start to see with the redevelopment of these malls — what they can offer their communities.”

But for developers looking to redesign existing spaces, old department stores present unique challenges. “A department store in and of itself is just a giant box with not a lot of windows,” said Cohen. “It’s going to take more than just refitting the interior to make the changes that are going to keep these centers viable, with certain exceptions like maybe education-type uses, or office spaces if you carve out an atrium.”

“We all love nature, we love to see the sunshine,” agreed Brezina. “There are studies showing that people exposed to daylight feel better, they shop more and they’re excited about being in that environment, so you can’t put everybody back into a box. It’s not an insurmountable challenge though; the steel and the infrastructure is there, you just have to reskin them to bring in the outside.”

Natural landscapes were a large part of the recent addition to Miami’s Aventura Mall, which expanded the complex from 315,000 to 2.8 million square feet. The addition offers a “sunlit experience” crowned by a 347-foot-long vaulted skylight.

Department Stores’ Return to Their Roots

All of this doesn’t necessarily spell doom for department stores, but it does mean they will have to redefine their shape and role within the mall environment.

“There are certain things that people still want to go out to discover, and a department store can offer those opportunities,” said Cohen. “Part of it also has to do with demographics. In communities that are more affluent, the department store is still an important part of the shopping experience — china and fine glassware, that’s not the kind of stuff you’re going to buy online.”

Beyond catering to occasions when consumers might already be inclined to seek out department stores, Brezina said these retailers need to refocus on the shopping experience itself. “[It used to be] when you walked into a department store, there was a level of expertise and service and knowledge that has unfortunately been lost by a lot of department stores,” he said. “We can buy anything online now, so how do you make yourself different? It’s all about the service. Years ago, associates used to make a career out of selling, they knew the products. Nowadays a lot of the people there don’t necessarily know about the product, so it becomes about that experience and knowledge. If [department stores] continue to just sell for the sake of selling, well, online is doing that right now.”

Brezina also thinks the stores themselves will become smaller and selling spaces will shrink to make room for more warehousing and online order fulfillment.

Cohen’s and Brezina’s message is essentially a positive one, focused on the opportunity for both malls and department stores to reinvigorate themselves and once again become centers of community. One final key to doing this well, however, is basing plans on that community and its needs.

“These aren’t going to be universal changes, like, hey, every mall should get a Life Time,” said Cohen. “It’s got to be very specific on the needs and demographics of the community.”

“People want more community, and as we spread out as a culture, these centers have the opportunity to bring that community back together,” added Brezina. “For different communities, that means different things. Developers are going to have to meet with those communities and understand their particular needs. But that’s the beauty of all of this — not everyone will be or should be the same thing.” 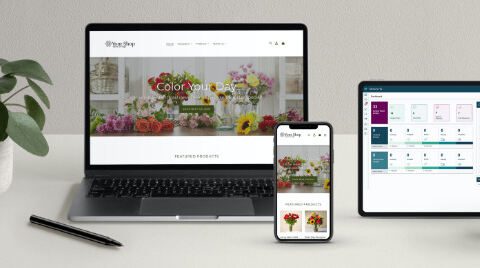 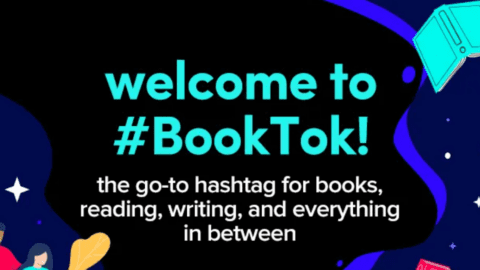