Shareholder activists are nothing new — some sources credit Warren Buffet’s mentor Jeff Gramm as the first activist investor, nearly 95 years ago, while others trace the practice back centuries. But in the retail realm, activist investors have recently latched on to a tactic that is relatively new — pushing ailing store brands to spin off their ecommerce business into a standalone company.

Kohl’s, Macy’s and Neiman Marcus are among the retailers that have faced this particular pressure in the last year and a half. However, with the prevailing winds of retail moving in the direction of “channel integration,” “omnichannel,” “frictionless experiences,” (insert your favorite buzzword here), the broad consensus among retail experts is that ecommerce spinoffs are a terrible idea. So why are shareholders pushing for it?

More cynical observers take the stance that it’s simply a short-term money play — “arbitrage,” to use financial-speak — one that had the potential to be quite lucrative in the last 18 months, when ecommerce revenue was skyrocketing as brick-and-mortar struggled.

Murali Gokki, a Managing Director in the retail practice at AlixPartners — the consulting firm that has become retailers’ go-to as they consider ecommerce spinoffs — has a more nuanced take: “The broader pressure is about transforming [these businesses] to a digital-first mindset,” he said in an interview with Retail TouchPoints. “Consumers have moved on to a very digitally led lifestyle and mindset, whereas the retail industry, at least many legacy retailers, still think of digital commerce as separate from store commerce.

“To make that leap requires you to transform, and legacy retailers have struggled with that,” Gokki added.  “After a bit of pushback they have embraced ecommerce, but many of the core functions — merchandising, marketing, customer interactions — tend to still be very store-centric. The underlying thesis here is not just to separate the [ecommerce] business — it is more about transforming the business to a digital-first mindset, and ‘e-separation’ is one way to achieve it.”

To be sure, digital transformation is the name of the game in retail today, but the jury is still out on whether an e-separation is a successful way to actually achieve that — or a quick way to kill a business already in decline. Obviously each retailer’s business is different, and as Gokki is careful to point out, “it’s not like there are hundreds of these cases.” However, the events of the past year have generated two great tests of this theory, one on each side of the spectrum — Hudson’s Bay Company (HBC) and Macy’s.

A Tale of Two Retailers

In March 2021, Canada-based retail conglomerate HBC separated the ecommerce and brick-and-mortar businesses of Saks Fifth Avenue into Saks and SFA, respectively. That was swiftly followed by similar moves at Saks OFF 5th in June and Hudson’s Bay in August of the same year. In February 2022, Macy’s took the opposite tack, thwarting pressure from activist investor Jana Partners and announcing it would keep its ecommerce operations integrated within its larger business. AlixPartners advised both companies in their decisions.

For HBC, separating out ecommerce is a way to home in on the distinct needs of each business and accelerate growth potential. When the Saks spinoff was finalized HBC’s Governor, Executive Chairman and CEO, Richard Baker said: “Luxury ecommerce is poised for exponential growth, and as a standalone digital company with an existing strong position in luxury, Saks is primed to win significant market share.”

This strategy could hold water. “There are multiple investment areas — customer experience, customer data, fulfillment spend — that tend to get prioritized more highly in digital-only businesses,” said Hilding Anderson, Head of Strategy for Retail, North America at Publicis Sapient in an interview with Retail TouchPoints at the time of the Saks deal. “It obviously reduces costs as well (by divesting physical assets), potentially enabling [the ecommerce] companies to reach profitability more quickly.”

And as Gokki pointed out, the businesses aren’t completely separated: “There are ongoing, commercially binding service agreements between the two entities [in all three cases at HBC] that in effect will help them operate as one.” And, he added, delivering a seamless experience across separated entities isn’t as hard as it might sound: “Take McDonald’s franchise stores or the airline industry — many of the routes aren’t actually owned by the major carriers, there are regional carriers that fulfill the service. So there are precedents for the model working, but separation by itself is not going to produce the value. The crux is to get to a digital-first mindset. Whether it’s by means of heavy internal transformation and investment, or by means of separation, they are equally viable strategies for the right retailer.”

The right strategy for Macy’s ended up being the opposite of that for HBC. Following an “extensive review” of its business, Macy’s Chairman and CEO Jeff Gennette told investors that “in every scenario we considered, we found that the combination of our profitable digital platform with our national footprint will deliver greater value to shareholders than a separation of our digital and physical assets,” adding that “in every alternative scenario we considered, the execution risk for the business and our customers was too high.”

All About the Money

While HBC’s series of e-separations were not prompted by activist pressure, they did result in significant outside investments for the new ecommerce businesses. Insight Partners took a $500 million minority equity investment in the Saks online business and made another $200 million equity investment in the Saks OFF 5th online business. Macy’s, meanwhile, “evaluated possible benefits of a third-party investment, considering any need for capital,” according to Gennette, and decided they didn’t, in fact, need it.

“Access to capital plays a very big role,” explained Gokki. “In order to get to the end goal you need to be able to invest in upgrading your capabilities and attracting the right talent. Capital allows you to do that. The access to outside capital allowed Company A [assumed to be HBC, although he didn’t specifically name that company] to invest in the company in terms of talent and updating capabilities. Another company [presumed to be Macy’s] felt it had enough capital access that it could invest without the need for separation.”

An influx of outside cash and the increased valuations that come with those investments were certainly part of what made the ecommerce spinoff so appealing to activist investors, who often have a shorter time horizon than company leadership.

Last year, when tech stocks and ecommerce were both riding high, this financial play worked. For example, the Saks ecommerce business was valued at $2 billion at the time of its spinoff and rumors swirled of a potential IPO at a valuation three times that amount.

But the tides have turned since fall 2021. The combination of continuing supply chain disruption, surging inflation and interest rates, the war in Ukraine and a slowdown in ecommerce growth (resulting in underperformance by retail mainstays and DTC darlings alike) have stifled investment, stalled IPO plans and led to talk of an impending “ecommerce winter.”

“The market last year was rewarding transformations [like HBC’s] with a higher valuation,” said Gokki. “Now though the recent market has been pretty brutal to the retail sector as a whole, so we’re not sure that that still holds true still.”

Is E-Separation Already a Thing of the Past?

So was the ecommerce spinoff craze just a flash in the pan, prompted by the COVID-induced ecommerce boom? Neiman Marcus Group CEO Geoffroy van Raemdonck quickly squashed rumors that his company was considering a Saks-style spinoff, telling WWD that NMG was focused on “maintaining an ‘integrated retailing’ business model.” And talk of an ecommerce spinoff at Kohl’s has quieted down as that retailer instead moves toward a sale.

But even if the enthusiasm for ecommerce spinoffs has faded, activist investor campaigns are not likely to subside. Over the last 15+ years activity by activist investors has been steadily increasing across all industries — during a 20-month stretch back in 2005 and 2006 there were just 52 activist campaigns, but between 2010 and early 2014 there were 1,115 such campaigns, according to a report in The Atlantic. And governance consultant Diligent expects investor activism to increase again in 2022.

The push toward omnichannel retail isn’t going away either. Whether activist investors are pushing for it or not, finding ways to align and digitize all sales channels will be paramount, especially for those retail businesses that have taken a downturn, making them most susceptible to investor activism.

“For [the retail] industry, one of the biggest lessons from pandemic lockdowns is that every channel ultimately only exists to support the customer’s purchase journey,” reads a recent AlixPartners blog. “Today, every retailer needs to think about what role its digital channels as well as its stores need to play together to best serve the customer – profitably.”

Editor’s Note: HBC and Kohl’s did not respond to requests to comment for this story before publication. Macy’s declined to comment because of the company’s earnings quiet period but referred back to statements in its Q4 2021 earnings call. (UPDATED 6/27/22 – The original version of this story mistakenly included a link to an older SEC filing not related to the deals discussed here that has since been removed.) 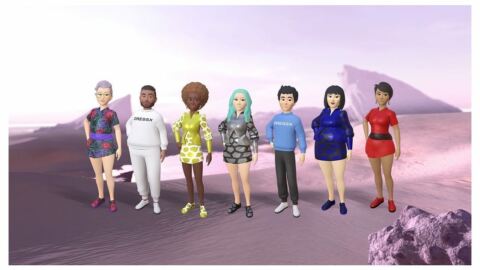 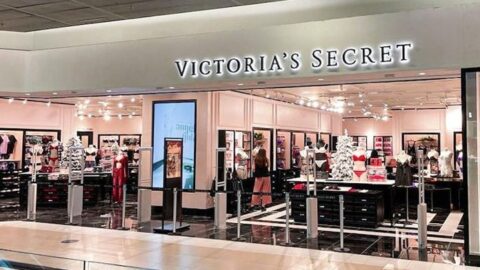