Mobile shopping eclipsed desktop for the first time during the 2018 holiday season: 48% of orders came from mobile devices while just 44% came from desktop or laptop computers, according to Salesforce. Mobile accounted for 66% of all e-Commerce traffic during the season, and 74% of shoppers browsed from a mobile phone on Christmas Day.

“Retailers are making it easier, is what it comes down to — they’re breaking down the historical friction between inspiration and purchase,” said Rob Garf, Vice President of Industry Strategy and Insights at Salesforce Retail in an interview with Retail TouchPoints. “Part of that is artificial intelligence (AI), and part of that is what we call flattening the funnel of the checkout process. We saw that 28% of mobile shoppers used a digital wallet, and 29% of mobile orders on peak days came from mobile wallets. Gone are the days of the five-step checkout process, which was very clunky.”

Other highlights of the 2018 holiday season included:

Cyber Week saw the highest social uptick, with traffic share averaging 6.6%, up 52% over the previous two Cyber Weeks. The effect was even greater on mobile devices, where social media accounted for 8.5% of all traffic for the period.

“What this is telling us is that consumers are visiting social media to discover, to research, to get inspired, and they are then actually clicking through to go to a retailer and purchase,” said Garf. “I am really keen to start tracking what this looks like, because it’s going to truly break down the friction when in-app purchases are seamless.”

AI also is playing a growing role in inspiring holiday shoppers: 16% of digital buyers engaged with an AI-powered product recommendation during Cyber Week. Additionally, shoppers who acted on AI-based recommendations increased their average order value by 14% compared to shoppers who didn’t.

While foot traffic was down, 93% of shoppers visited a retailer with a physical presence during the holiday season, and 70% visited a mall or shopping center, according to the International Council of Shopping Centers (ICSC). The top three locations for gift purchases were mass marketers (71%), traditional department stores (40%) and dollar/variety stores (24%).

Omnichannel retailers were particularly successful: 86% of buy online/pick up in-store (BOPIS) shoppers purchased additional items during the pickup visit, with Millennials particularly likely to make additional impulse purchases. More than half (54%) of holiday shoppers said that when buying online from a retailer, it was important for that company to also have a physical presence.

“According to our data, the top reasons consumers shop in-store in the days leading up to Christmas are the ability to see items, promotions, the ability to get items immediately, and avoid shipping costs,” said Stephanie Cegielski, spokesperson at ICSC. “This means retailers should manage their inventory levels to account for these behaviors, while also offering convenience for shoppers by providing click-and-collect and curbside pickup options.”

Retailers need to leverage these upselling opportunities: the average BOPIS basket contained 1.9 items valued at $38, while the average in-store purchase was 2.7 items at $42, according to Salesforce. Generating additional purchases is key to making the most of these visits.

E-Commerce Sales Peak Early, While Stores Gets A Late Bump

Most e-Commerce shopping occurred early in the season: 50% was completed by Monday, December 3, according to Salesforce. Thanksgiving Day alone accounted for a 5.3% share of the season’s overall revenue, while Cyber Week owned a 37% share.

Black Friday remained the single biggest day for physical traffic as well, despite some predictions that the holiday is losing steam, according to ShopperTrak. The firm analyzed eight years of holiday traffic data and found that footfall patterns have remained stable throughout.

“One thing that you hear about all the time is that it really isn’t Black Friday or Black Friday week anymore, it’s now maybe even Black November,” said Brian Field, Senior Director, Retail Consulting Practice at ShopperTrak. “What you can see from the data, especially as you head into Thanksgiving, is that there has been no disruption. There has been no change in shopper patterns.”

However, brick-and-mortar traffic isn’t as front-loaded as e-Commerce overall. Eight of the 10 busiest days of the season, which account for 40% of traffic, came after Dec. 3. Super Saturday is the second-busiest day of the year, and the final days before Christmas see a spike in last-minute store visits from shoppers who can’t afford for their gifts to be delayed.

In 2018, the season’s final weekend was particular important — Christmas fell on a Tuesday, and many shoppers were off for Christmas Eve, creating a three-day weekend. Offering longer hours and last-minute promotions can help retailers make the most of these opportunities.

“Retailers should probably pay the same attention they pay to Black Friday to Super Saturday,” said Antonio Tomarchio, Founder and CEO of Cuebiq. “We’re not there. There is much more focus on promotion strategies around Black Friday, but we’re leaving a massive amount of revenue on the table. Understanding this phenomenon could lead retailers to say Black Friday is very important, but we also need a well-defined strategy to drive people to stores on Super Saturday.”

The season’s overarching lesson is that while shopper habits aren’t necessarily shifting, technology is changing how they shop during the holidays. Shoppers brave the crowds on Black Friday and fret over whether their packages will arrive on time, but reducing friction — whether in the form of better apps, more widespread BOPIS or better traffic planning — will help savvy retailers open new sales channels and capture more rising sales opportunities.

For additional insights on how to maximize performance during the busiest season of the year, check out the Holiday Readiness Webcast Series. 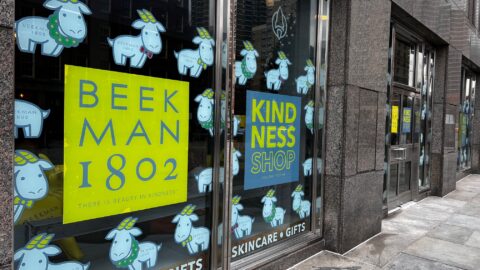 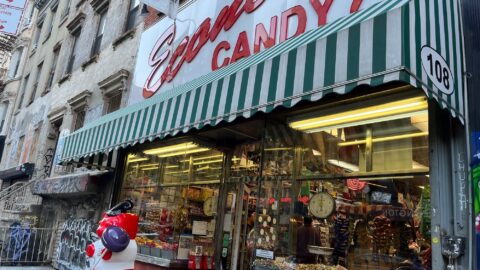