In tough economic times, everyone wants a good deal, particularly in the U.S. In a recent survey, GfK Custom Research found that 76% of Americans strongly/somewhat agree that “I feel really satisfied with myself, even excited, when I get a really good deal.” That number is 10 points higher than the total number globally for other countries. The GfK August 2008 report includes input from more than 1,000 U.S. shoppers over age 18 and more than 500 Hispanic consumers to determine the best ways to reach specific populations.

A number of factors contribute to Americans’ desire for discounts and deals. In 2008, first and foremost is the state of the economy, and recent events on Wall Street are driving consumer confidence even lower. Couple that with the fact that consumer incomes are not keeping pace with inflation. GfK reports that incomes increased 0.1% in June compared to a 0.8% rise in inflation.

Directly related to the economy are gas prices, which reached a peak in July and are inching up again following the recent hurricanes. In April 2008, 82% of consumers said that gas prices were hurting their households a lot or somewhat. In August that number dropped slightly to 78%. Prices dropped slightly during that time, and “Over time people do adapt,” notes Diane Crispell, Executive Editor at GfK Roper Consulting.

As people adapt to their economic situation, they adjust their spending and shopping habits. The study reports that 81% of adults agree strongly or somewhat that they now “think more about what I buy compared to a year ago.”

Breaking down the survey results into specific populations, GfK reports the following:
Middle-Aged and Older Consumers are seeking the convenience of neighborhood stores. 81% of consumers over the age of 35 are shopping close to home and 84% of indicate they like to support businesses in the community.

Younger Adults are the biggest group of online shoppers. Within the 18- to 34-year-old age group, 87% agree strongly or somewhat that they shop online for ease of price comparison and low-pressure sales; and 96% say they find a better variety of products online. These results are 6-7% higher than the total population. Younger consumers also are looking for creative ways to save. Among the 18- to 34-year-olds, 61% bought a used item instead of brand-new (versus 51% for the total population); and 57% have rented an item rather than buy it (versus 43% for the total population).

Affluent shoppers are also strong online consumers. Adults with household incomes of more than $100,000 shop online to compare prices (92% versus 84% for total population) and save money (66% versus 59% for total population). In addition, affluent consumers may be contributing to increasing coupon redemption. Into 2007, coupon redemption had been declining for 16 continuous years. But in 2007 Americans reversed that trend and redeemed 2.6 billion manufacturers’ coupons. Among affluent adults, 33% printed an online or e-mailed coupon versus 25% for the total population; and 21% used online coupons for Internet purchases versus 17 % for the total population.

Hispanic consumers look for a positive social experience. A higher percentage of Hispanic adults consider shopping a social, family endeavor, versus the total population. 87% strongly/somewhat agree that “It’s fun to browse in stores to see what is new and different.” In addition, 84% consider shopping a good family get-together; and 76% go to stores as a good opportunity to “get out of the house.” Also, Hispanics are the least likely group to look for different ways to save on purchases.

Additional findings
While “Made in the USA” is still a draw for 80% of shoppers, it is not as powerful as it used to be, and it means the least to Hispanics and young shoppers. Among Hispanics, 68% say “I don’t really care where a product comes from as long as it serves my needs” and 70% of consumers aged 18-24 share this sentiment. These two groups are the only consumers that have a higher percentage of shoppers that don’t care where it’s made versus those who say they would pay more for products produced in the USA.

Word of Mouth is an increasingly powerful way to market products. GfK reports that 79% of consumers ask a friend of family member for product recommendations, up from 70 % in 2006; and 51 % go online to read product reviews, up from 46 % in 2006.

Retailers who focus on catering to their specific shopper base will be the winners, even if that means “that you will not necessarily lose as much ground as you might have otherwise,” notes Crispell.

In addition, much of U.S. spending continues to be discretionary, says Crispell, “not truly needs based” so retailers can grab those spending dollars with great deals and attractive and convenient shopping experiences. 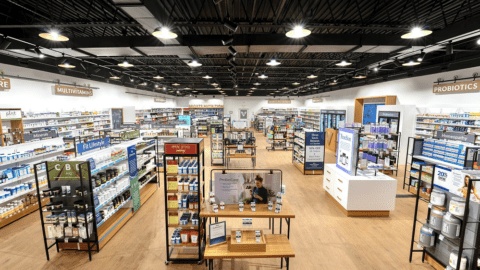 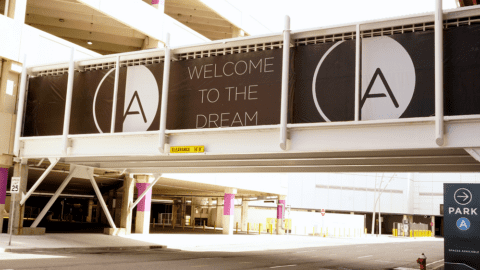