Exclusive Q&A With Brian Solis: Why Innovation Is Key To Engaging ‘Gen C’ 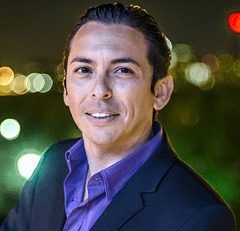 Using smartphones “rewires your brain to essentially move faster, makes you a lot less patient, and has created a lot of ‘accidental narcissism’,” said Brian Solis, Principal Analyst at Altimeter. The rise of Generation C has essentially created a new type of customer, forcing all kinds of businesses to reimagine both the customer journey and key elements of the customer experience (CX).

In this exclusive Q&A, Solis, who will deliver a keynote address titled “From Iteration To Innovation: How Top Brands Are Surviving And Thriving In Digital Darwinism” at the 2019 Retail Innovation Conference, revealed why it’s so vital for retailers to keep up with the needs of Generation C, as well as:

• Why traditional approaches to innovation often fall short in today’s environment;
• The built-in innovation advantages that startups possess; and
• Why retail executives need to examine their own cognitive biases in order to catch up to today’s industry leaders.

Retail TouchPoints (RTP): You draw a sharp distinction between iteration and innovation. Why is it important for retail executives to understand the difference?

Brian Solis: Iteration is about doing the same thing that has been done before, but better. Innovation is doing new things that make the old things obsolete and also create new value. Uber is everyone’s favorite example — they didn’t invent the idea of transportation moving people from Point A to Point B, but they built an entire infrastructure that introduced new value to the process. It put the consumer in control, both in terms of calling an Uber and providing ratings; it integrated the entire experience, including payment; and it also created new value for the drivers. In this case, the combination of iteration and innovation led to disruption that made the old way of doing things obsolete. Once you have taken an Uber, your chances of enjoying a taxi experience go way down.

The reason this distinction is important for retailers to understand is that it’s one of the things that has held back legacy retailers. Too often what you see are attempts at innovation through acts of iteration. There are a lot of reasons for this: it’s difficult to really explore new possibilities without the fear of being judged, and there are fears of vulnerability that come with trying and exploring new things. Additionally, any time someone is trying something new, they are doing so based on the experience that they have and the world that they know, which is a limitation for everyone and everything. Over time, this human defense mechanism of cognitive bias plays out in incredibly disruptive ways.

RTP: This may seem like a too-obvious question, but why is it so important that retailers innovate rather than just iterate?

Solis: One reason is the rise of Generation C, which stands for Connected. Generation C exhibits common behavior sets, patterns, preferences and expectations, and it encompasses people who are 25 to 65 years old. Because they all use smartphones, people expect things to be there when they need them. Think about it: How long is too long to wait for an Uber until you call for a Lyft? People don’t even realize this has happened to them.

You have to look at Generation C as a new type of customer, which means you need to reimagine the customer journey and the CX, and generate insights that lead to both iteration and innovation. When you can drop your cognitive biases to create an entirely new system, you can generate insights you didn’t even know to look for.

That’s where startups have the advantage, because their mission is to solve new problems and create new opportunities without the shackles of the past. When they look at the customer/human side of the equation, that can lead to greatness.

RTP: What can retailers do to adopt this kind of startup mentality?

Solis: As I’ve studied the retail industry I noticed that the more progressive, advanced retailers were the ones that were thriving, so I wanted to see what they were doing differently. One thing was that they had all, in their own way, become a technology company that happened to be in the retail industry. I would see them remodeling the operational foundation of their companies; for example, they would ask basic questions like, Why does marketing have to sit over there? They would start to see new models that challenged convention, because they were essentially created for a modern era — as opposed to forcing, pushing and pulling existing structures into a modern shape.

A lot of this also is governed by how much you believe that you’re in your own way, and how much incentive there is to do something about it. Most of the times when companies fail it’s because the culture is too rigid and too self-preserving. It’s too focused on the egos and experience that are already there, so essentially they work against themselves.

RTP: What would you like to be a key takeaway from your presentation at the Retail Innovation Conference?

Solis: I’d like attendees to imagine that the future begins with them, the person attending my session — and also that nothing about their role or their responsibilities today limits what they can do. Innovation can come from anywhere in the organization — and it needs to.