Although Alibaba anticipates sales of $37 billion in goods across its marketplaces during the 11.11 Global Shopping Festival, largely identified by its original name “Singles Day,” the e-Commerce giant is continuing to evolve the event into a multiple-week extravaganza powered as much by hype as by substance.

For the event, brands already are selling items from cars to cosmetics via livestreaming: Alibaba reported that on one of its Taobao livestreams, 55 cars were sold in just one second. The e-Commerce giant also reported that more than 17,000 brands started livestreaming on the first day of its pre-sales. Chinese smartphone-maker Xiamoi’s livestream attracted more than 200,000 online viewers within the first 10 hours.

Celebrities have become a major driver of expanded Singles Day promotions. On Nov. 6, Kim Kardashian launched her KKW fragrances via a livestream, announcing that the brand would be available for sale on the Tmall marketplace. And on midnight on Nov. 11, pop star Taylor Swift will perform for the event’s opening gala alongside local celebrities. Alibaba’s Singles Day celebrations have featured singer Mariah Carey and musician Pharrell Williams in the past.

Despite the continued annual hype that continues to follow Singles Day, the shopping event really hasn’t caught on in the U.S. However, local merchants from Russia, Spain, Italy and Turkey will be able to participate in the 11.11 sales event for the first time through the Alibaba-owned AliExpress platform.

Even though U.S. brands haven’t been able to capitalize on the event through their own promotions, those that sell in China have a golden opportunity to capture a new audience. And with the uncertainty related to the trade war and other global economic factors, the event is worth keeping an eye on for any global retailer. Alibaba’s figures from the day could provide a clue about how much disposable income Chinese consumers are willing to part with.

“If the growth rate is below 20%, it’ll be a huge surprise and could be a sign of deceleration,” said Steven Zhu, an analyst at Pacific Epoch in an interview with The Wall Street Journal; a growth rate over 25% would indicate positive momentum. “It’s more of a vote of confidence in the economy.”

Beyond the glamour and excitement provided by the livestreams and the performances, the expansion of the event from a one-day shopping extravaganza to a three-week “festival” is one that may have already altered shoppers’ previous Singles Day buying habits.

“The compulsion of online shopping on Singles Day is changing,” said Declan Kearney, Managing Director, APAC at Edge by Ascential in commentary provided to Retail TouchPoints. “Previously, shoppers would have waited to do their annual shopping on 11/11, but consumers know you can buy products online at discount all year round.”

Alibaba officially launched this year’s “11.11 Global Shopping Festival” on Oct. 21, further moving away from the Singles Day terminology it popularized and instead emphasizing a new focus on serving consumers and small businesses in China’s less-developed markets. In the last quarter, more than 70% of Alibaba’s new annual active consumers came from lower-tier cities.

Last year, Alibaba delivered record gross merchandise value (GMV) of $30.8 billion within 24 hours across its Taobao and Tmall platforms, up 27% from 2017 — and more than U.S. retailers sold online on Black Friday and Cyber Monday combined.

The trickle-down effect from the event even benefitted competitors such as JD.com, which also saw a GMV boost of $23.2 billion for Nov. 1 through Nov. 11, a 25.7% increase compared to the year prior.This puts JD.com’s growth on pace with Alibaba’s, showing that interest in Singles Day isn’t necessarily linked to a single entity.

If one survey is any indication, Chinese consumers won’t spend much of the event shopping for American brands. As many as 78% think their consumption of American brands will be impacted by the ongoing trade war with the U.S., with 70% saying it will impact all of their purchases, according to a report from AlixPartners. More than half of respondents (51%) cited national loyalty as the main reason for not buying American brands, over quality (27%), price (16%) and speed of delivery or customs (6%).

However, Chinese consumers are warming up to foreign products, with 30% preferring them to local products in 2019 compared to 27% last year. In fact, Chinese consumers continue to associate foreign products or cross-border platforms with higher quality products (57%), safer or more trustworthy manufacturing (47%) and better product design (43%). It’s an indication that on Singles Day and beyond, both Alibaba and local businesses will need to prove their products are equal to the perceived “better” foreign competitors’ products.

“Consumers are no longer looking for out-of-style discount goods, but instead they expect new, relevant, quality products at a low price and good service — and they want to be entertained,” said Michael McCool, Managing Director of AlixPartners in a statement. “Businesses need to get in on the action if they are not already selling during Singles’ Day. The event has become a barometer of a brand’s presence in the market. For businesses already participating, they need to put out exciting and new items for sale; this is no longer a channel to clear your old inventory.”

To generate more Singles Day hype, Alibaba is even turning to tourists. Alibaba’s financial services wing, Ant Financial, launched a new international version of Alipay in November, marking the first time tourists and business travelers can use mobile payments in mainland China. Foreign shoppers who are currently in China can now use the platform to complete online and in-store payments at sellers that accept Alipay instead of using cash or a card, perhaps giving them more incentive to shop on an Alibaba marketplace through Nov. 11. 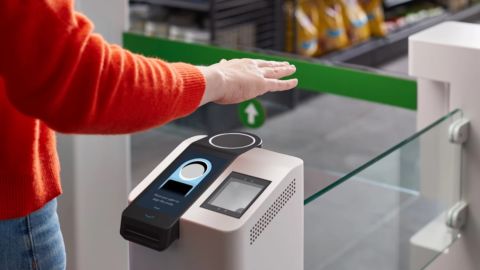 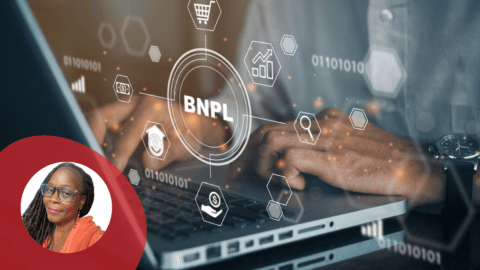