What do Airbnb, Uber, TaskRabbit and Rent the Runway have in common? Despite being a diverse sample of businesses that serve and market to consumers in different ways, they have one characteristic connecting them all together: they were created to address the needs of the mobile-toting, on-demand consumer who is seeking more products and services, delivered in more flexible, affordable ways.

The rise of these and other disruptive organizations has ignited the sharing economy, which is set to reach $20 billion globally by 2020, according to predictions from Juniper Research.

“The sharing economy has aided in nurturing and developing the concept of ‘on demand’ through the provision of goods and services when consumers want them, to be ordered wherever they may be,” noted Lauren Foye, writer of the report Sharing Economy: Opportunities, Impacts And Disruptors, 2016-2020. “This has been particularly successful through the use of smartphones and other connected devices, which offer a seamless and efficient service in ordering goods, via apps.”

Organizations that are driving the sharing economy forward are disrupting both existing and emerging industries.

Competitors Or Partners With Traditional Retailers?

The main issue for established players is that “the sharing economy tends to offer either cheaper or more efficient services to consumers, cutting out traditional players and providing to customers directly,” Foye said. “As such, established retailers have quickly found themselves outpaced by new business models.” To combat this challenge, retailers “will have to implement similar methods utilized by sharing economy players: fast, efficient, delivery mechanisms.”

With sharing economy revenues poised to triple over a four-year period, key providers and new players alike are expanding their presence in order to reap the benefits. Take Uber as an example. The transportation power player recently raised $3.5 billion from Saudi Arabia’s Public Investment Fund, making it “one of the largest-ever investments into a privately held start-up,” according to The New York Times.

But Uber isn’t just limiting its disruption to transportation. The company has launched UberRUSH, a local delivery service, as well as UberEATS, a food delivery service. Rather than tremble in fear, a number of retailers have partnered with UberRUSH to get a leg up on their logistics and fulfillment strategies.

For example, leading up to the 2016 Super Bowl, DICK’s Sporting Goods partnered with UberRUSH to deliver championship T-shirts on game night to “displaced” Carolina Panthers and Denver Broncos fans in Chicago and New York City. This was a “great example of creative ways that businesses of all sizes can leverage on demand delivery enabled by UberRUSH to engage with their customers,” said Michael Conti, GM of UberEVERYTHING NYC, in a press release announcing the campaign. Other retailers, such as Cole Haan, Nordstrom, Rent The Runway and 1-800 FLOWERS have added UberRUSH as a delivery option in eligible markets.

Retail giant Walmart is even testing same-day delivery options with Uber as well as Lyft and Deliv. Trials should begin later in June in Denver and one other market, according to a company blog post. It seems like the retailer is focused on providing customers with all possible sharing economy perks. Associates do all of the heavy lifting: they select and prepare the order and then request a driver from one of the partner companies, who then pick up the order from the store and deliver it to the customer.

Within retail, these disruptors are expected to have the biggest impact on the logistics and delivery space, according to Juniper Research. However, innovators in the apparel market, such as Rent The Runway and Le Tote, may pose a threat to fashion retailers and brands.

Initially, Rent The Runway was created so women could rent designer gowns and accessories for special events at a fraction of their ticket price. Recently, the brand expanded into everywhere fashion and rolled out an unlimited subscription model. For a $139 per month fee, members can select three items and keep them as long as they want. They can then send back one, two or three items and select new ones for their closet at their leisure.

Rent The Runway’s new offering falls in line with Le Tote, which offers everyday fashions and accessories at a lower price point ($59/month for women and $69/month for maternity). While Rent The Runway allows consumers to sift through its assortment by occasion, designer and color, among other factors, Le Tote uses a proprietary algorithm to make recommendations based on results from a digital style quiz. Consumers can return as many items as they want each month (and receive more as a result), and they can purchase items that they want to keep in their closets indefinitely.

The popularity of these fashion businesses has caused another trend to bubble up: peer-to-peer sharing. Style Lend, for example, allows consumers to rent designer garb from “the most stylish closets” in New York City. Pieces are typically delivered in two or three days (or within hours if consumers are based in Manhattan). They can enjoy items for seven days or pay to keep what they love. There are similar services worldwide, including UK’s Rentez-Vous and Stockholm’s Sharewear.

On the surface, it may seem as if these disruptive services are a threat to brands and apparel retailers. However, Le Tote’s Chief Merchandising Officer Ruth Hartman says that fashion brands play a pivotal role in the well-being of their business — and vice versa.

“We do business with a lot of brands which adds great value and credibility to the service,” Hartman said during a Retail TouchPoints 2016 Retail Innovation Conference session. These partnerships also value the brands: “Because of the amount of data we can provide, around fit and customer ratings and feedback, we’re also starting to get attention from the design and production people within our brand partners, so they can understand what the customer is thinking about from a brand standpoint. We have a tremendous amount of information to make their products, and our service, even better and more personalized for the customer.”

The Retail Opportunity: Diverse Offerings And Impactful Partnerships Are Key

As the success of DICK’s, Walmart and other retailers shows, onboarding the right partner can also be a retailers’ foundation for success in the sharing economy.

“In the tourism industry KLM ran a marketing campaign with Airbnb to provide ‘unique spaces’ to stay,” Foye noted. And in a more traditional retail scenario, “Etsy works with retailers to sell its users products in traditional brick-and-mortar outlets.”

Diversifying offerings, expanding logistics capabilities and onboarding partners seems like a complex, multi-step process. But as long as retailers build their plans with their target customers in mind, they will be positioned for success, Foye concluded. 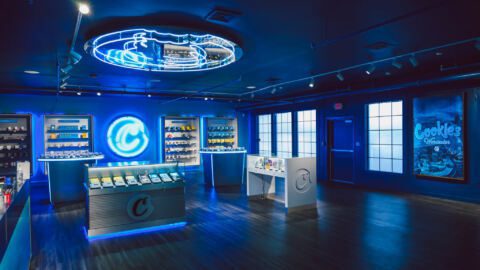