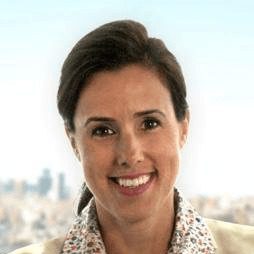 Amazon CEO Jeff Bezos has named Maria Renz, CEO of Quidsi, as his newest technical advisor — or
“shadow,” as the position is often referred — according to a report from Re/code. Renz, an Amazon veteran who first joined the company in 1999, is the first woman to hold this position.

The position, which Bezos created more than a decade ago, serves as his sounding board on key decisions, sits with him during daily meetings and confers with him to close most workdays. It has been described as the most coveted job at Amazon, according to Bloomberg Businessweek. Shadows usually last approximately two years in their role, according to Business Insider. Bezos got the idea to implement the technical advisor position from venture capitalist John Doerr.

The appointment of Renz to the position could influence the future executive structure of the company. Presently, Amazon has seven executive officers in addition to Jeff Bezos, but only one, Worldwide Controller Shelley Reynolds, is a woman.

Renz replaces Jay Marine, a former VP for Kindle, who is moving out of the shadow role to head the company’s Amazon Instant Video business in Europe. Renz has held numerous roles throughout her tenure at Amazon, including VP of Physical Media, VP of Amazon Canada, President of the MyHabit flash sales business and VP of Jewelry & Watches, Shoes and Endless.com.

Emilie Scott, who most recently served as VP of General Merchandising at Old Navy, will take Renz’s place as CEO of Quidsi.