Bath & Body Works CEO Andrew Meslow announced this week that his departure would be finalized on May 12, 2022. Chair of the Board of Directors Sarah E. Nash has been appointed as Executive Chair, effective immediately, and upon Meslow’s departure Nash will take on the role of Interim CEO. The board will begin a national search for a permanent CEO.

“It has been an honor and a privilege to lead this great company as CEO and be a part of the organization for nearly two decades,” said Meslow in a statement. “After much consideration and many discussions with my family, I have decided to step down as CEO so that I can focus on my health. As difficult as this decision was, I know I will be leaving this amazing company in highly capable hands with Sarah’s oversight, the deep and experienced bench of leadership and the most talented associates in the industry.”

“Thanks to the hard work and dedication of a team that is second to none, Bath & Body Works has achieved incredible results, including successfully completing the spinoff of Victoria’s Secret and becoming a standalone public company, focusing on an omnichannel mindset and capabilities and delivering record financial results in 2021,” Meslow added. “I am proud of what the Bath & Body Works team has accomplished and am confident in its bright future.”

In addition to serving as Chair of the Board, CEO and majority stakeholder of privately held Novagard Solutions, Meslow’s temporary replacement Nash served 30 years at JPMorgan Chase within the firm’s investment banking segment. Nash retired in July 2005 as the company’s Vice Chairman for Global Investment Banking.

“Throughout Andrew’s tenure as CEO, and COO prior to that, he has led the Bath & Body Works team in strengthening the company and creating extraordinary value, which was only reinforced with the completion of the separation of Victoria’s Secret and launch of Bath & Body Works as a standalone company,” said Nash in a statement. 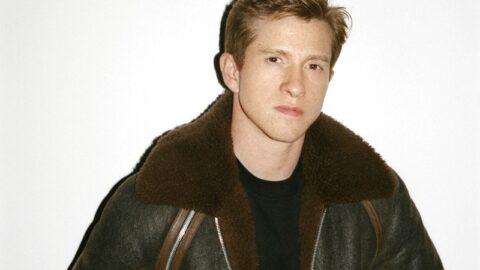