Walmart Doubles Down On Digital, Pumps Up Global Investments

Two months after acquiring Jet.com for $3.3 billion, Walmart is once again taking steps to narrow its e-Commerce gap with Amazon, and to take the fight global.

The retail giant is set to double the number of warehouses dedicated to online sales from five to 10 by the end of 2016, according to Justen Traweek, VP of E-Commerce Supply Chain and Fulfillment at Walmart. Within the past year, Walmart has installed new technology such as automated product sorting and improved item tracking into these e-Commerce warehouses.

But the supply chain enhancements aren’t the only recent indication that Walmart is beefing up its digital capabilities. The retailer disclosed in an SEC filing that it has nearly doubled its stake in Chinese e-Commerce retailer JD.com, from 5.9% to 10.8% of shares, bringing it in closer proximity to Alibaba. In June, Walmart sold Chinese e-Commerce marketplace Yihaodian to JD.com in exchange for a 5% stake in the company, which amounted to 5.9% of shares without extra voting power. While China is the world’s largest e-Commerce market, it is still a challenging place for even the top U.S. brands to enter and remain relevant.

Walmart has stretched its interests to India as well, reportedly entering into talks to buy a minority stake in e-Commerce retailer Flipkart. The investment, first reported in September, could potentially be as high as $1 billion. With Amazon already having pledged to invest $5 billion in its Indian operations, Walmart likely sees India as another “must compete” international market.

Walmart’s total e-Commerce investments have more than tripled since 2013, from $300 million to $1.1 billion in 2016, and it appears they’re slowly beginning to pay off. After five straight quarters of e-Commerce sales declines, Walmart bounced back in Q2, posting sales growth totals of 11.8%.

As Walmart continues to ramp up its investment in e-Commerce and digital initiatives, the focus on digital will come at a price. The retail giant expects flat earnings for its next fiscal year, which begins Feb. 1, 2017. Walmart also anticipates reducing its store growth, from 130 new stores this year to 55 in 2017. The 130 store openings in 2016 are themselves a reduction from the company’s original projection of 135 to 155 new locations.

At the company’s 2016 Investment Community Meeting, CFO Brett Biggs indicated that new store growth will represent approximately 20% of capital spending in 2017, a far cry from the nearly half of Walmart’s $13.1 billion spend it represented in 2013.

Although e-Commerce presently accounts for just 3% of total sales at Walmart, the brand expects to see a 20% to 30% increase in the second half of this year, with even more dramatic increases during the next few years. 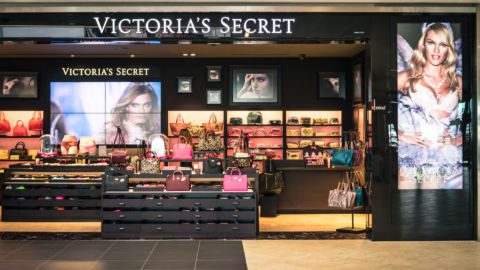