Holiday Sales Are Up, But Experts Debate Impact Of Early Thanksgiving Openings

It has been a jolly holiday season so far for retailers, with Thanksgiving weekend garnering positive results nationwide. More than 35 million Americans visited retail stores and e-Commerce sites on Thanksgiving Day alone, according to research from the National Retail Federation (NRF).

Moreover, the average shopper spent $423 during Thanksgiving weekend, up from $398 in 2011, according to NRF research. Results for the survey, conducted on November 23 and 24, were collected via a poll of 4,005 consumers. Total spending — both online and in stores — reached $59.1 billion.

In an effort to grab more holiday sales earlier, some big-box retailers, such as Target, Toys “R” Us and Wal-Mart, opened their doors Thanksgiving evening. While this strategy may have ignited some consumers’ desires to get a jumpstart on crossing off their holiday shopping lists, it may not have a significant long-term impact on total sales this season, according to Paula Rosenblum, Managing Partner of Retail Systems Research (RSR).

“All that happened [with this strategy] was one day of sales were spread over two days, and more people were driven online to get the same sales,” Rosenblum said in an interview with Retail TouchPoints. “This isn’t efficient for stores that must pay their employees for work that could have been done in a single day, without overtime. It’s a bad practice, and the fact that retailers are declaring ‘victory’ means it’s here to stay. That’s too bad, from my point of view.”

But some industry executives disagree with Rosenblum’s assessment. “Our numbers indicate that consumers did, in fact, want to shop on Thanksgiving Day,” said Jay Henderson, Strategy Director of IBM Smarter Commerce. “I think the retailers that took advantage of that saw the strongest growth. But the good news was that surge in purchases on the start of the Thanksgiving weekend didn’t cannibalize sales for other days.”

Reaffirming consumers’ growing interest in online sales and deals, Stephen Pierzchala, Web Performance Evangelist and Consultant at the Compuware Center of Excellence, added: “By offering sales earlier, retailers are driving purchase rates. The massive uptick in mobile shopping on Thanksgiving night was not just driven by the ‘convenience’ factor. Offering deals on Thanksgiving night was a key factor bolstering sales.”

Many retailers did wait until midnight on Black Friday to open their doors. According to the NRF survey, 28% of shoppers ventured to brick-and-mortar stores at this time, compared to 24.4% in 2011.

The Role Of Holiday Doorbusters

To sustain traffic over the long holiday weekend, retailers implemented limited-time sales and doorbusters. “I think the notion of kicking in the 2012 version of ‘blue light specials’ in a staggered way over the weekend was a good idea,” noted Rosenblum. “It kept traffic flowing.”

Reaffirming this point, research from ShopperTrak indicated that total retail foot traffic during “Black Weekend” experienced an 8.2%  boost over 2011. But while more consumers trekked to brick-and-mortar stores, mobile technology was still in the picture. Smartphones played a key role in determining consumers’ in-store shopping behaviors and overall purchase rates throughout the holiday weekend, according to Lelah Manz, Chief e-Commerce strategist at Akamai.

“Today’s shoppers are savvier and more informed largely because of the devices they are holding in their hands while they are shopping in stores,” Manz explained. “They can comparison shop, peruse product reviews, leverage price comparison engines, all while standing in a store aisle. This is largely why we see such a high volume of mobile traffic to retail sites on Black Friday, which is largely an offline shopping day.”

Retail stores experienced a flurry of activity during Thanksgiving weekend. But an increasing number of consumers are now gravitating to their desktops, laptops and mobile devices to capture the hottest deals, which allows them to spend more time with family at home. In fact, total online spending topped $1 billion, according to comScore.

The IBM Digital Analytics Benchmark also indicated a steady increase in online sales from Thanksgiving to Cyber Monday. Total online shopping on Thanksgiving Day experienced an uptick of 17.4% over 2011. However, the real drivers of traffic were mobilized shoppers, with 25.3% of consumers using a mobile device to visit a retailer’s web site. Furthermore, 18.3% of consumers used their smartphones and tablets to purchase products.

During Black Friday, online sales experienced an uptick of 20.7% over 2011, according to IBM. Additionally, 24% of consumers used mobile devices to visit a retailer’s web site on Black Friday, up from 14.3% in 2011. Total mobile sales reached 16% on this day, a significant improvement from 9.8% last year. Online spending continued to surge through to Cyber Monday, with e-Commerce sales increasing 30.3% over 2011 and mobile sales reaching 13%.

“At the start of the weekend, some people thought that because retailers were starting their promotions earlier that that might dampen excitement for Cyber Monday, which wasn’t the case,” Henderson reported. “I think because those earlier promotions worked so well this year, we’re going to see more of it next year. The judge of success and failure is what the consumer decides to do. They responded very positively to early and daily promotions, so retailers are going to capitalize on those opportunities.” 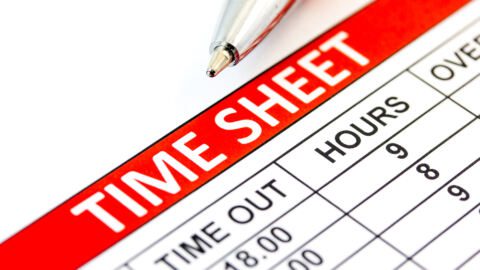 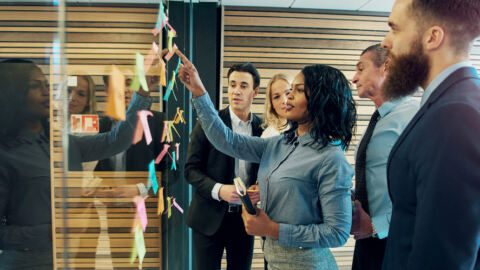 Why Diversity is a Key Driver for Growing Talent, Product Assortment and Your Customer Base